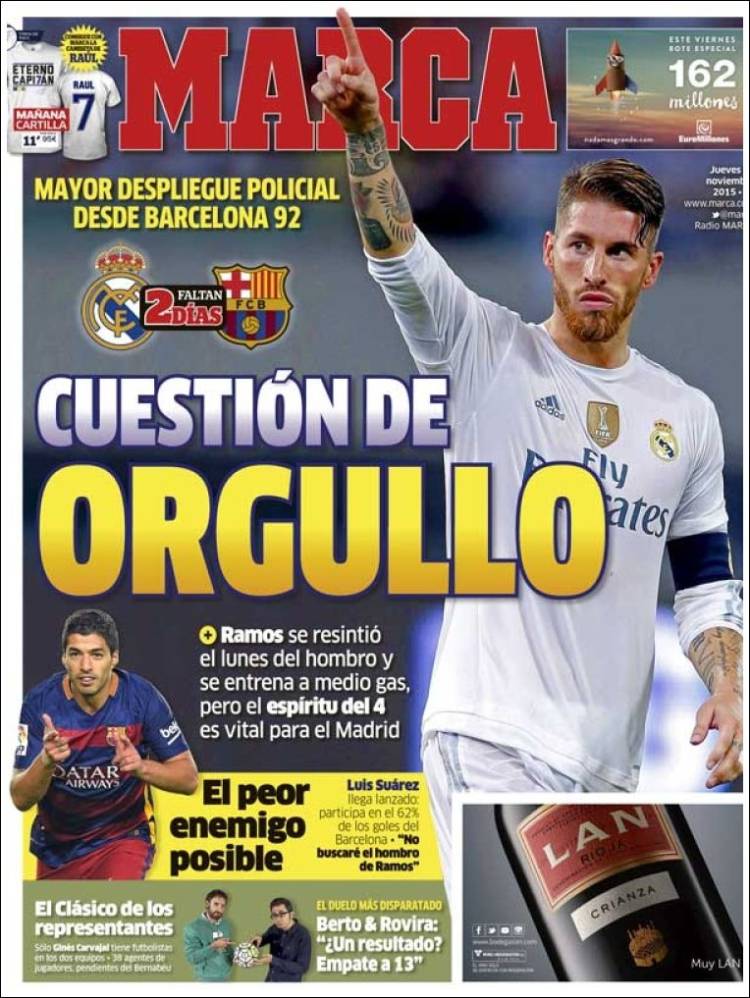 Ramos suffered with his shoulder on Monday and trains at half power, but the spirit of [the No] 4 is vital for Madrid

The Clasico of the representatives

Only Gines Carvajal has players on both teams

38 agents of players, attending the Bernabeu 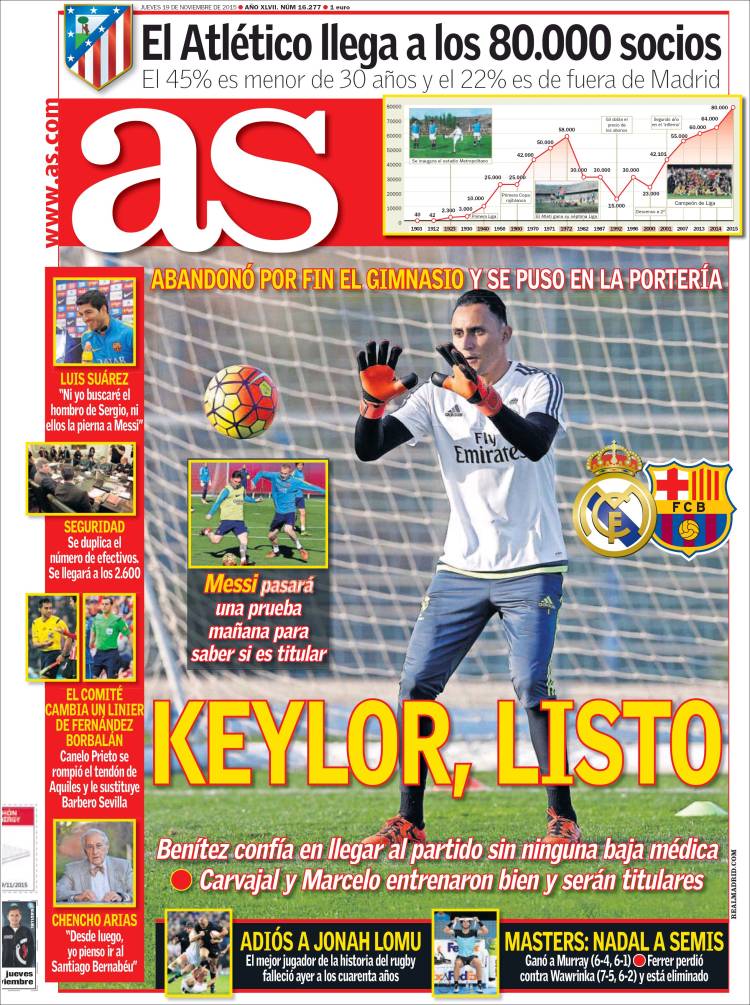 Finally abandons the gym and stands in goal

Benitez hopes to arrive at the game without any medical absences

Carvajal and Marcelo trained well and will be starters

“I won’t go looking for Ramos’ shoulder, like they won’t [go after] Messi’s knee”

The number of troops doubled. It will reach 2,600 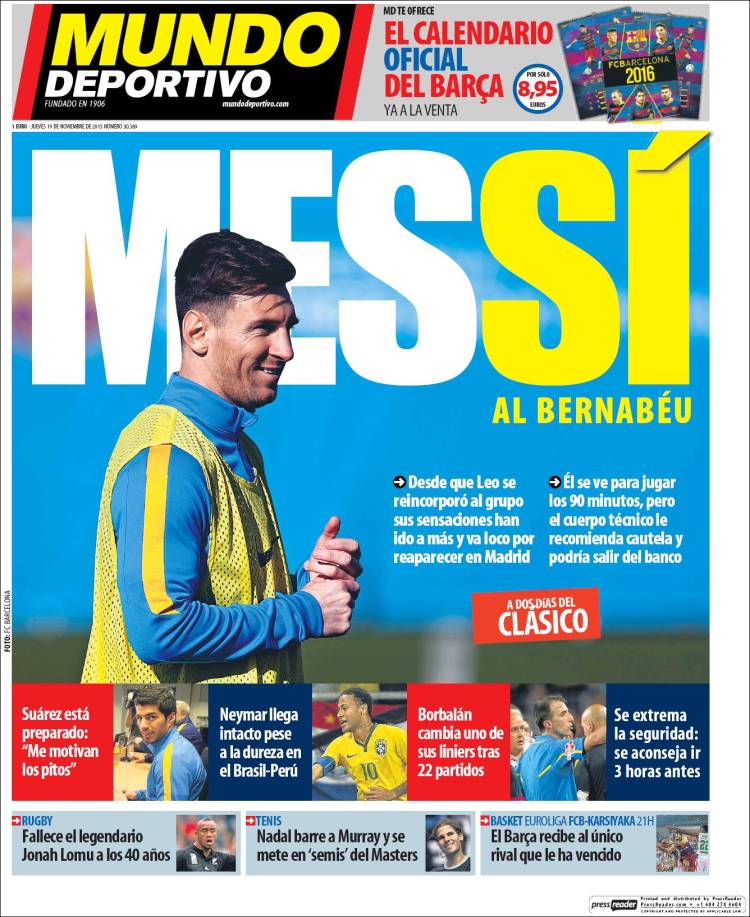 Suarez is prepared: “Whistles are my motivation”

Neymar arrives intact despite the hardness of Brazil-Peru

Borbalan changes his linesman after 22 games