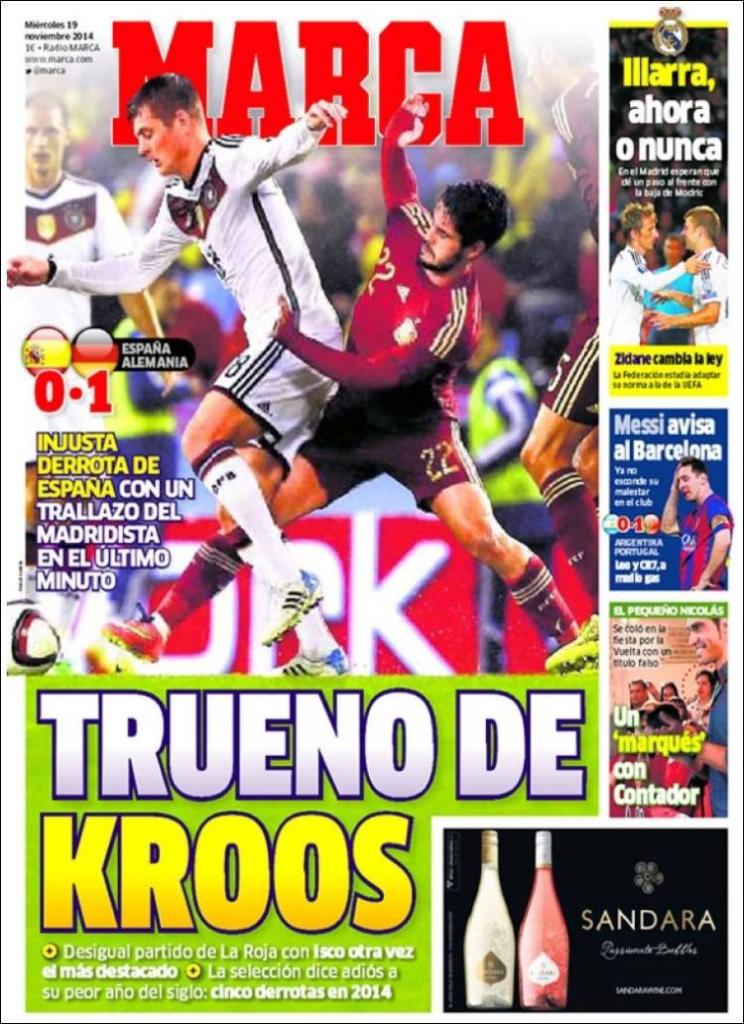 The national team say goodbye to their worst year this century: five defeats in 2014

Illarra: now or never. He’s hoping to earn a place in the Madrid side due to Modric’s injury

Zidane changes the law: the Federation are studying adapting their rule to that of UEFA

Messi warns Barca: he can’t hide his discomfort at the club

Argentina-Portugal: Leo and CR7 at half speed 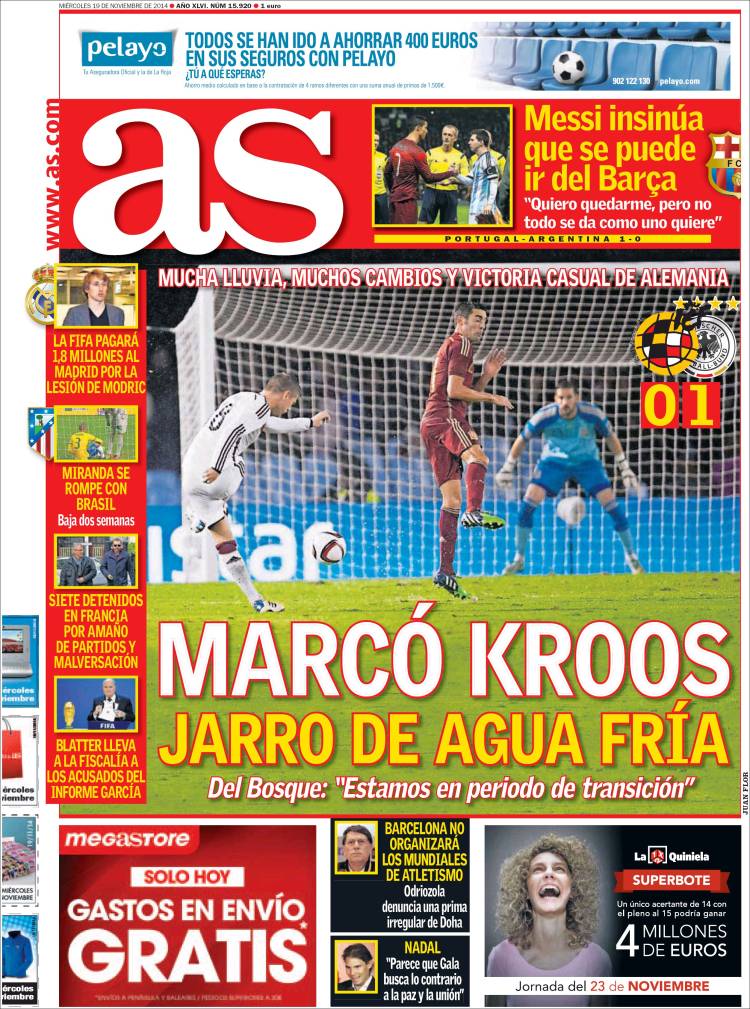 Del Bosque: “We are in a period of transition”

A lot of rain, a lot of changes and a chance German victory

Messi insinuates that he could leave Barca

FIFA will pay €1.8m to Madrid for Modric’s injury

Miranda breaks down with Brazil: out two weeks

Seven detained in France for match-fixing and embezzlement

Blatter intends to prosecute the accused in the Garcia report 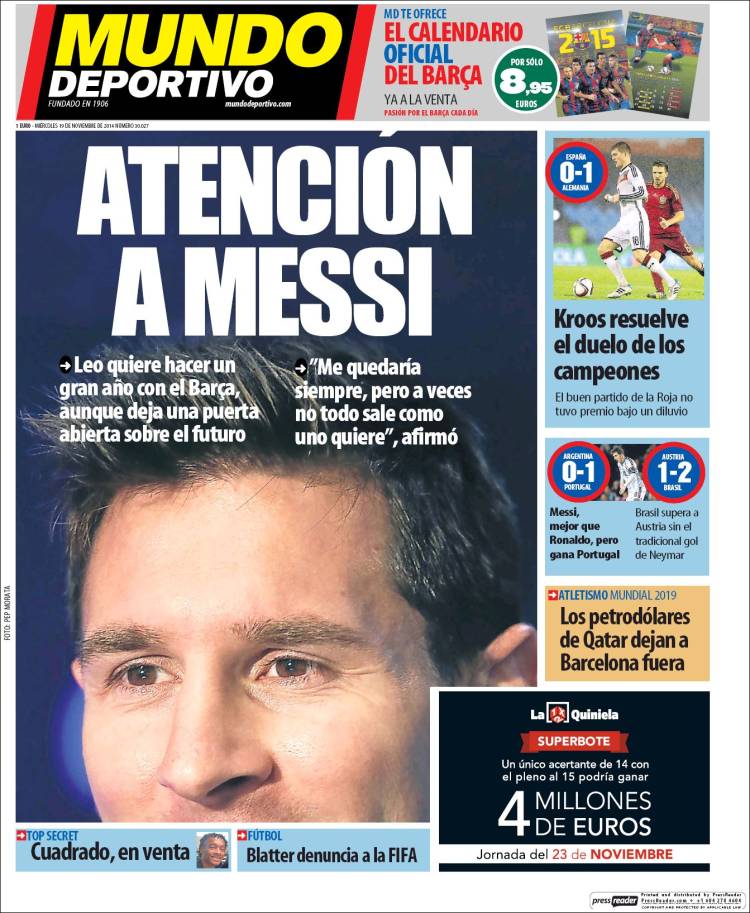 “I’d stay for ever but sometimes you don’t always get what you want,” he affirms

Kroos settles the clash of the Champions

Brazil overcome Austria without the traditional goal from Neymar