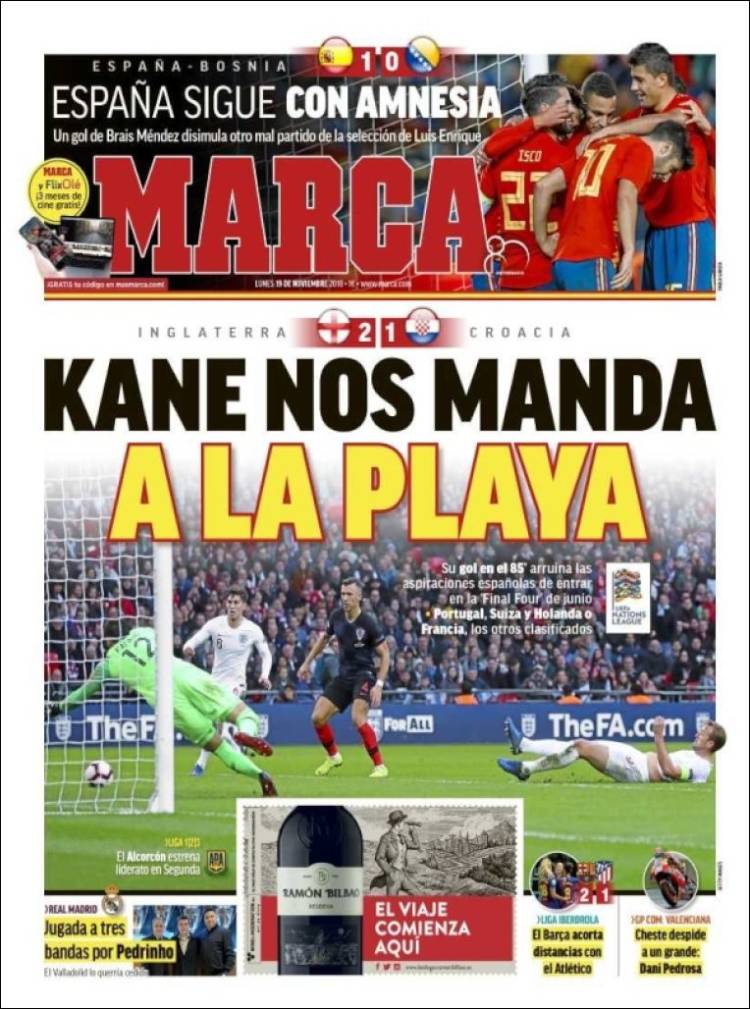 Kane sends us to the beach

85th minute goal sends them to final four alongside Switzerland, Portugal and Holland/France 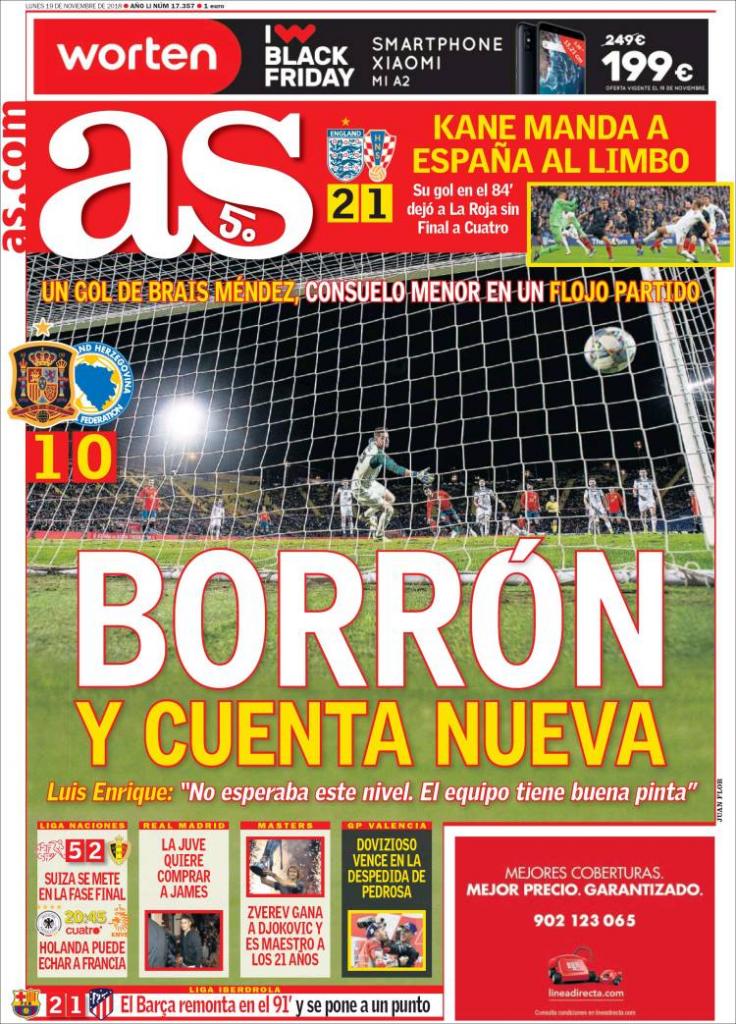 Luis Enrique: "I was not expecting this level, the team has a good mark."

Brais goal a minor consolation in a loose match

Switzerland into final four, Holland should edge out France 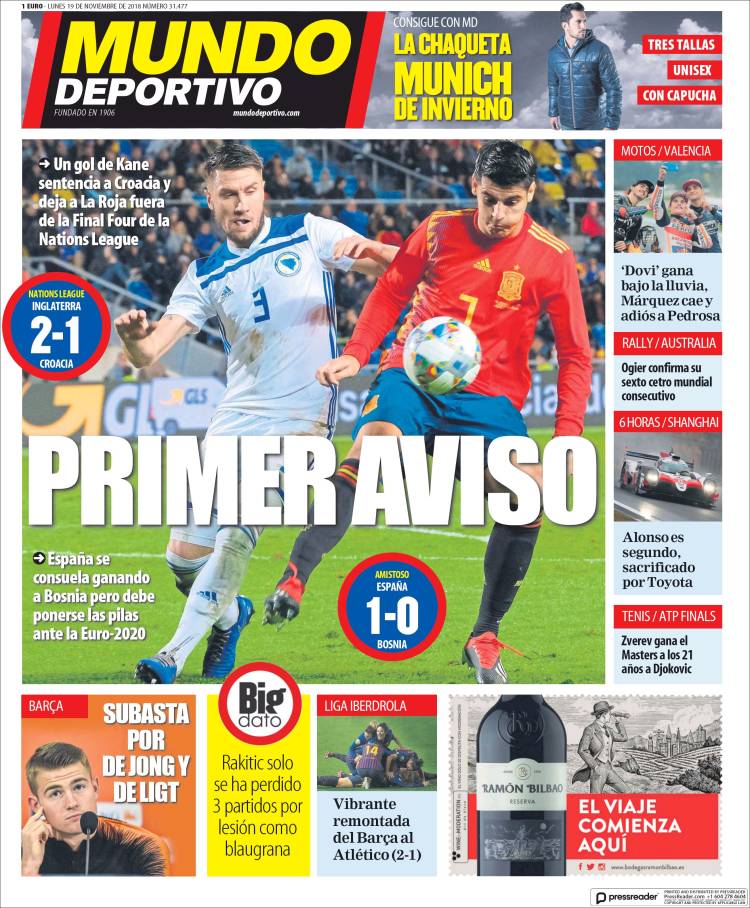 Rakitic only to miss three Barca games with injury