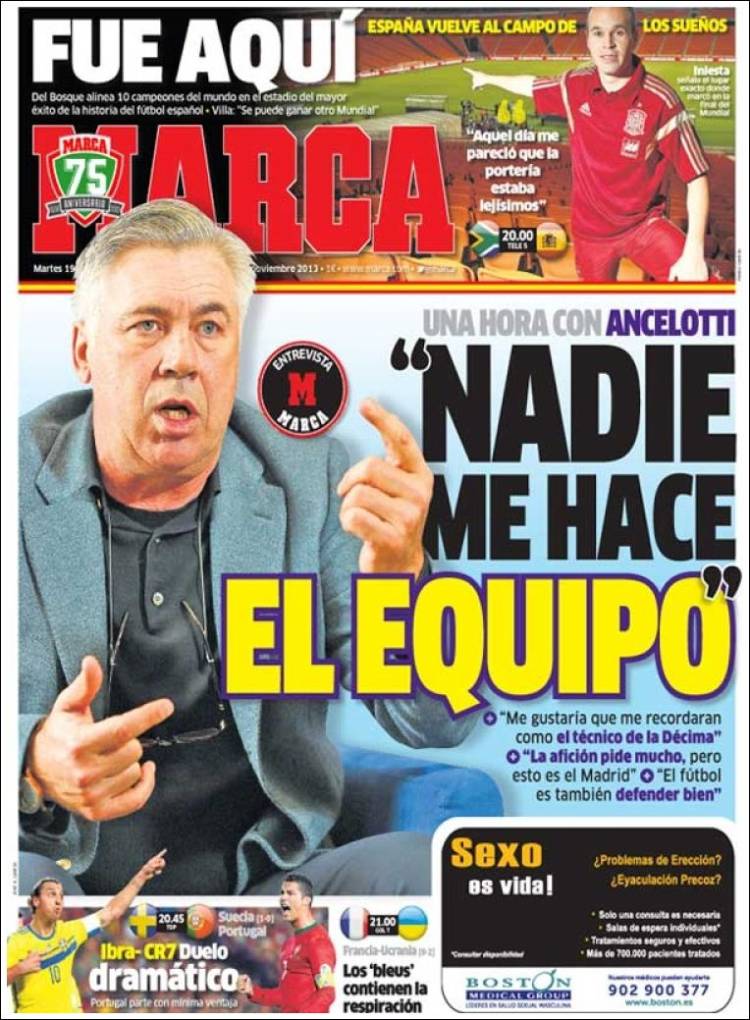 "Nobody chooses my team" Ancelotti

"The fans ask for a lot, but this is Madrid"

"Football is also about defending well"

It was there...Spain return to the field of dreams

Villa: "We can win another World Cup"

"That day it seemed that the goalkeeper was far away"

Portugal start with the smallest of advantages 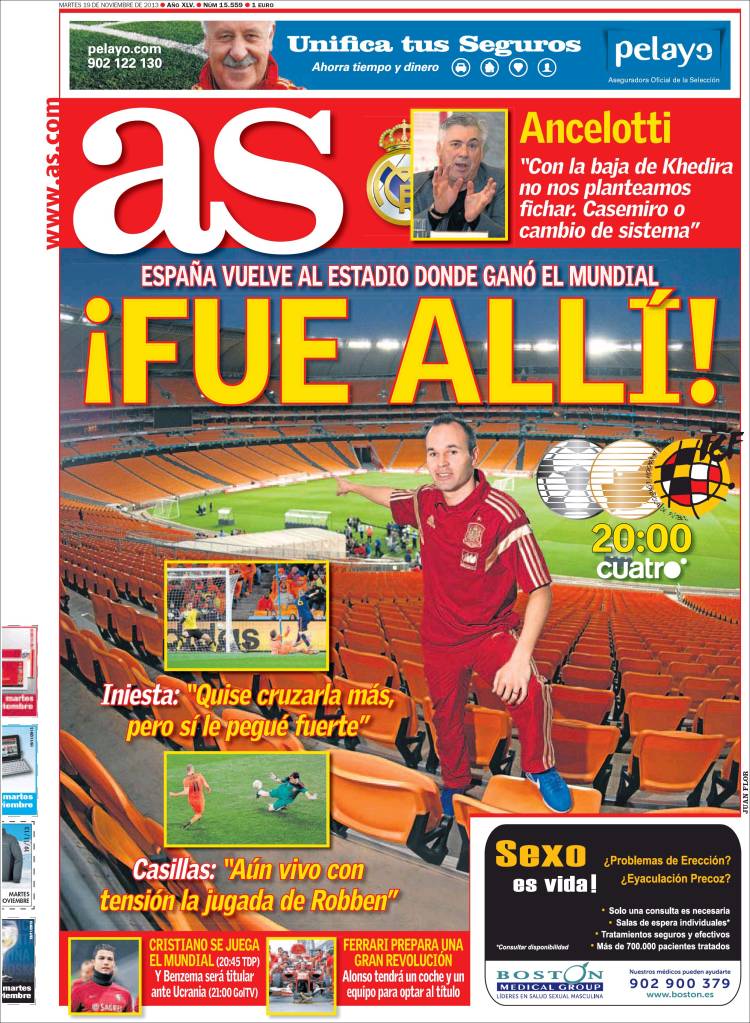 Spain return to the field where they won the World Cup

Iniesta: "I want to cross the ball more, but, I just hit it hard"

Casillas: "It still seems so real that play by Robben"

Ancelotti: "With Khedira's injury, we are not planning to sign another player. Casemiro or a change of system"

Benzema will start against Ukraine

Ferrari prepare for a great revolution 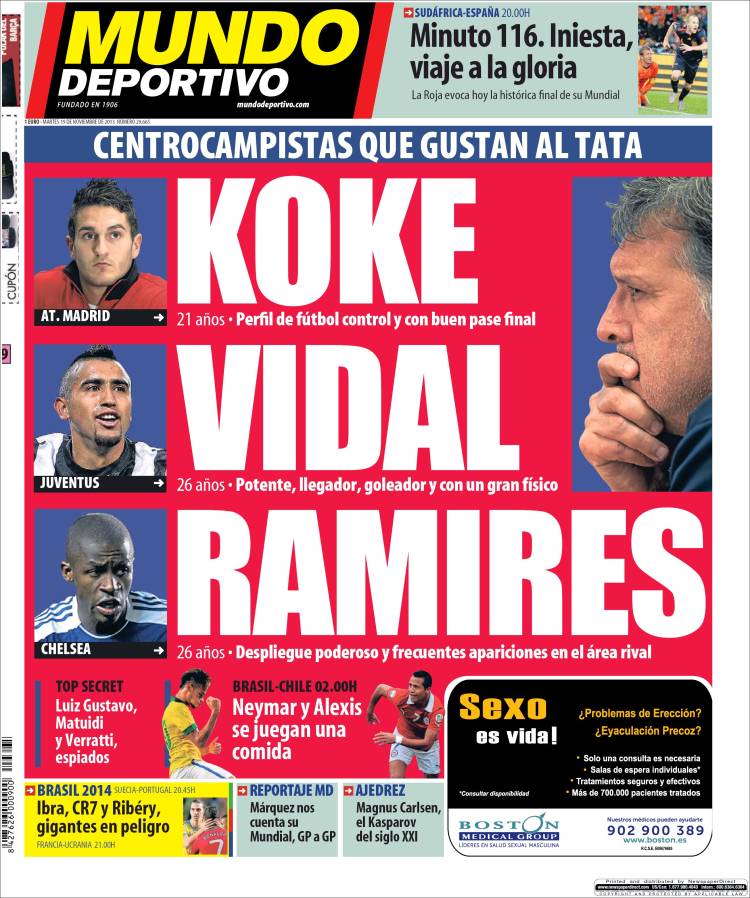 Atletico Madrid's Koke, he has great control of the ball and can make the final pass

Chelsea's Ramires, tireless and powerful and likes to show up in the box

Top Secret: Luis Gustavo, Matuidi and Verratti are being spied on