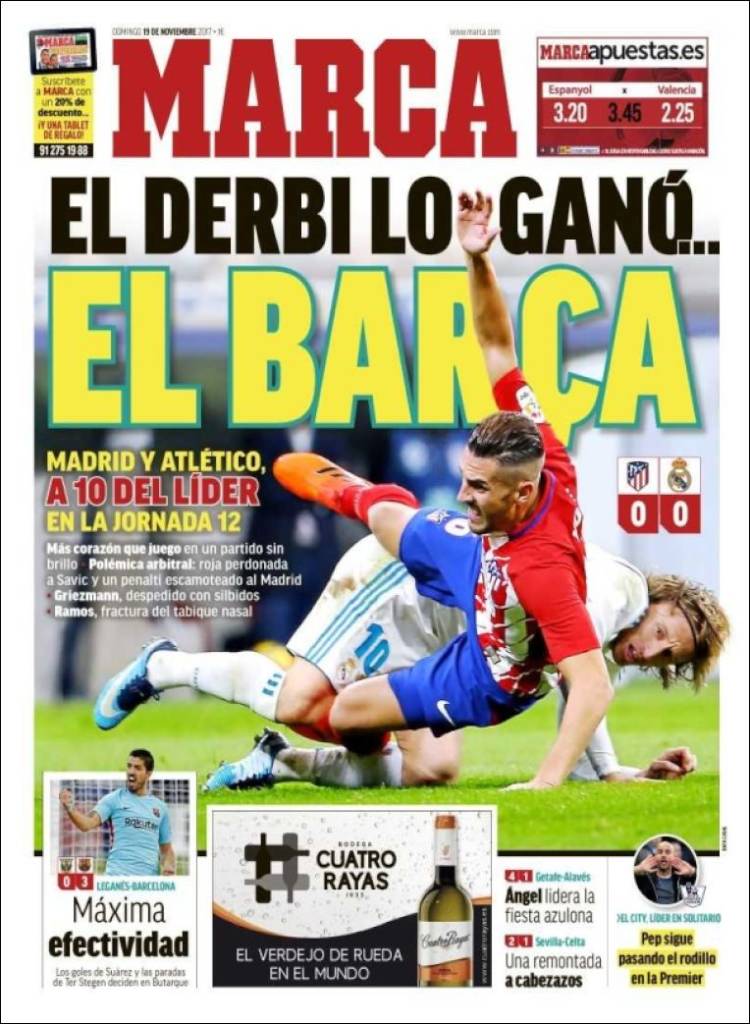 The Derbi was won…

Madrid and Atletico, 10 behind the leaders on matchday 12

More heart than football in a game that failed to shine

Griezmann, subbed off to whistles

Ramos, fracture to his nasal septum

A comeback thanks to great headers 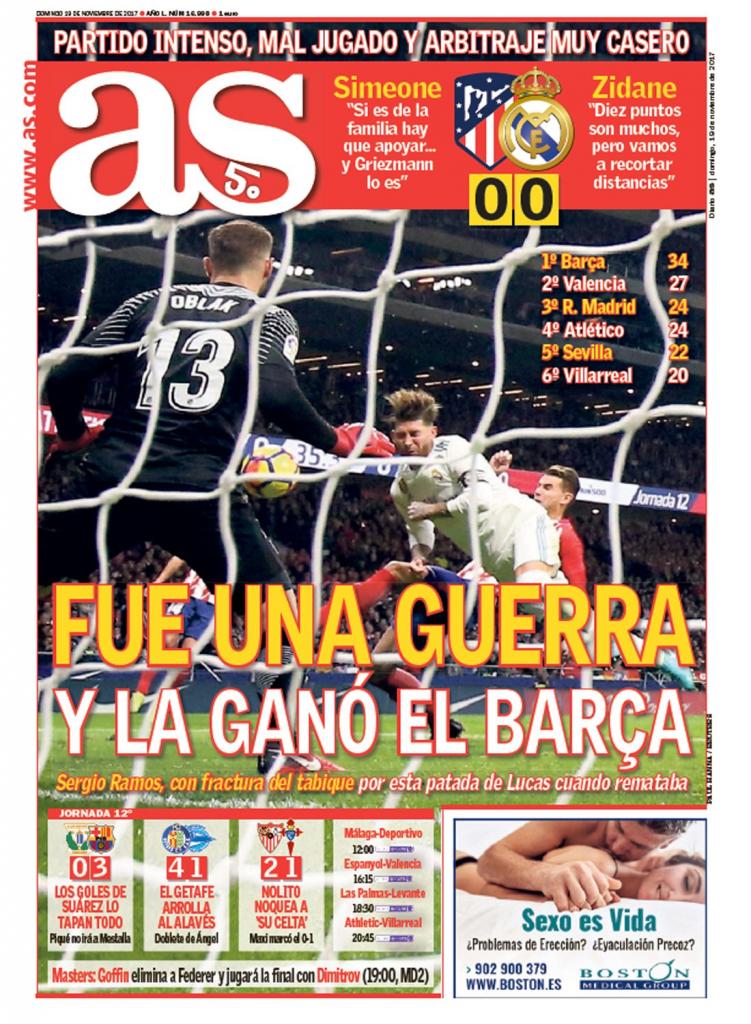 It was a war

And Barca won it

Sergio Ramos, with a fractured septum due to Lucas’ kick when he went to finish

Simeone: “If they’re family, you have to support them... and Griezmann is”

Zidane: “Ten points are a lot, but we’ll try to cut the deficit”

Suarez’s goals plug up everything

Nolito knocks out ‘his Celta’ 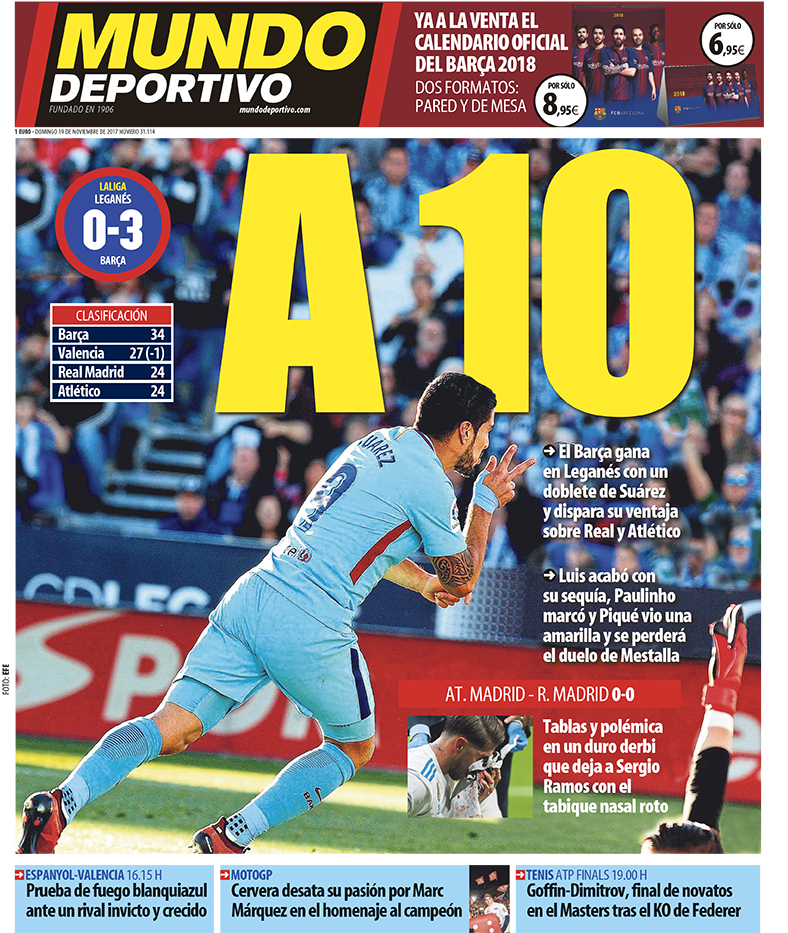 Luis ended his drought, Paulinho scored and Pique saw a yellow, meaning he will miss the clash at Mestalla

Stalemate and controversy in a hard-fought derby, which left Sergio Ramos with broken nasal septum