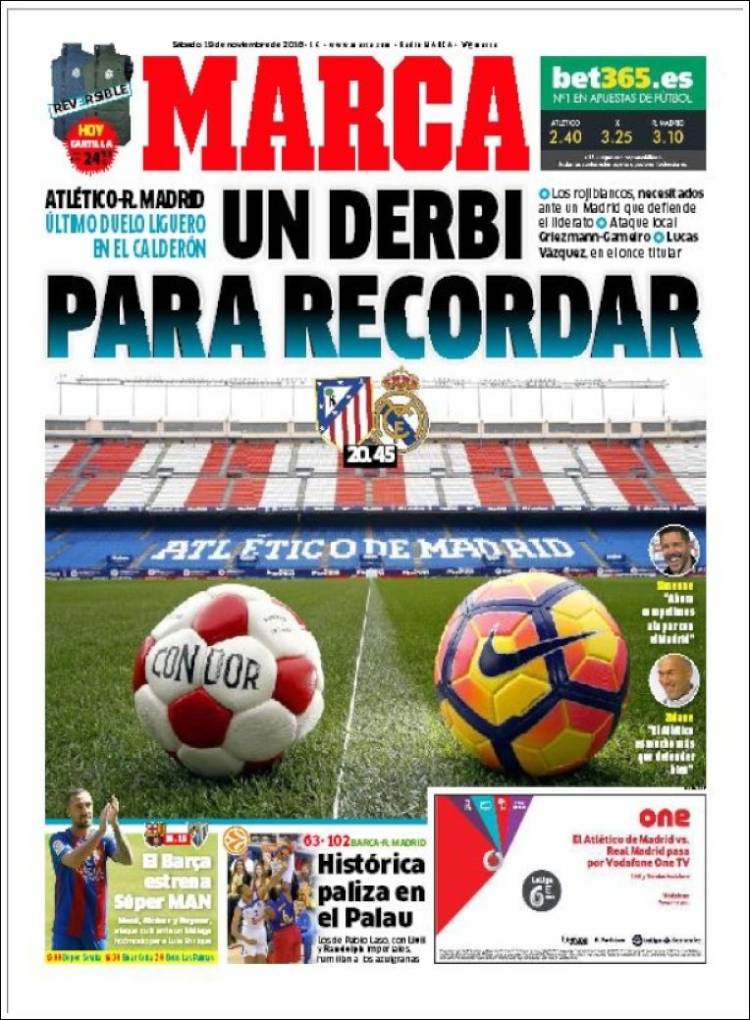 A derby to remember

Last derby at the Calderon

Lucas Vazquez in the starting line-up 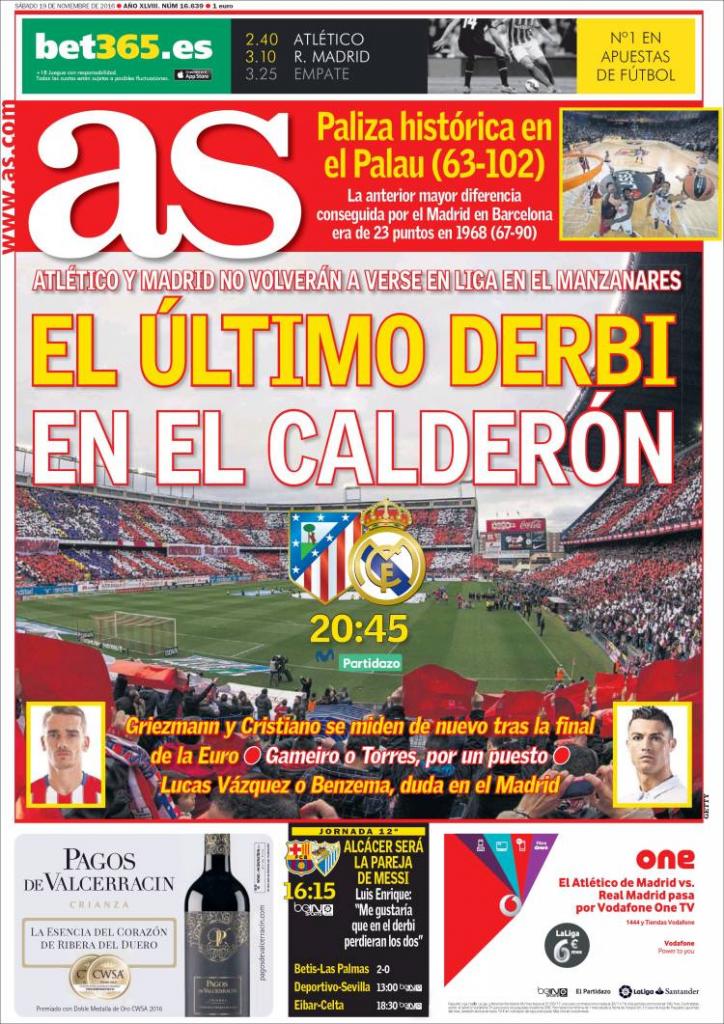 The last derby at the Calderon

Gameiro or Torres, for a place

Alcacer will be Messi’s partner

Luis Enrique: “I’d like both teams to lose the derby” 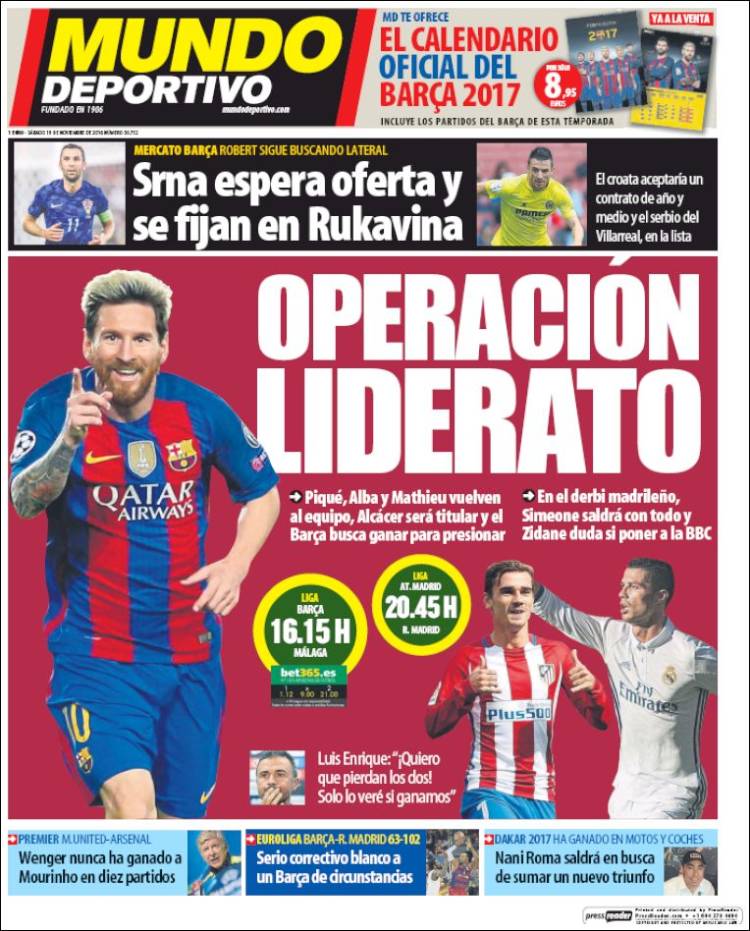 Pique, Alba and Mathieu return to the squad and Alcacer will be a starter as Barca look for the win to apply pressure

In the Madrid derby, Simeone will come out with everything and Zidane has doubts over whether to play BBC

Luis Enrique: “I want them both to lose! I’ll only watch it if we win”

Srna waits for an offer and they are set on Rukavina

The Croatian would accept an 18-month contract as Villarreal’s Serb, on the list