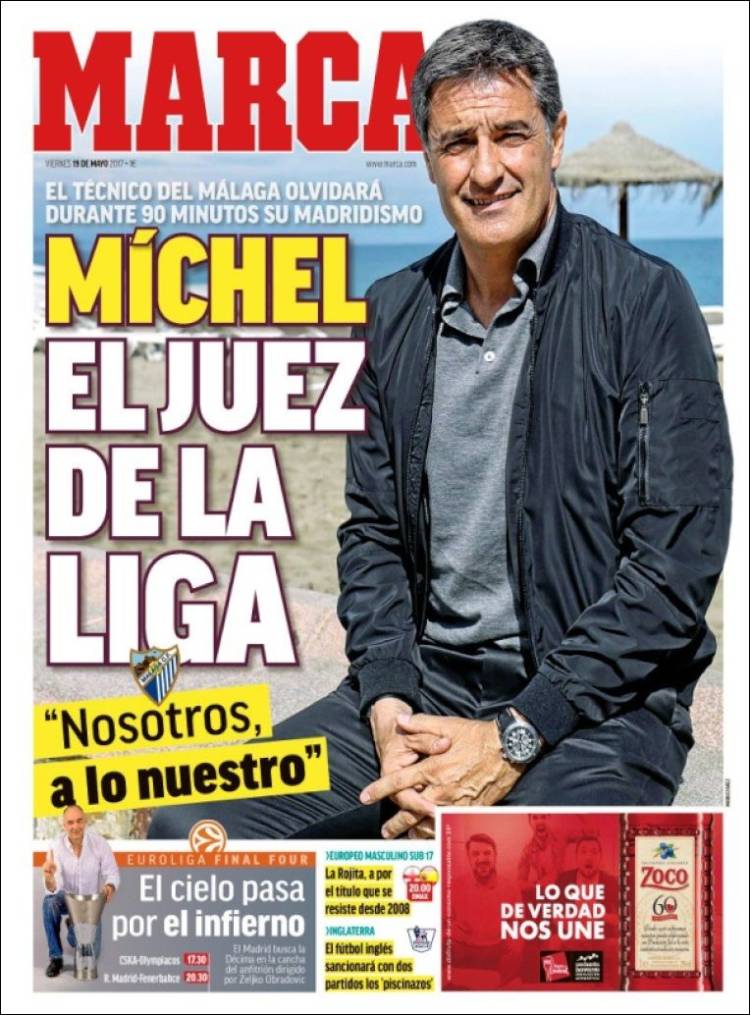 Malaga's manager will forget his Madridismo for 90 minutes 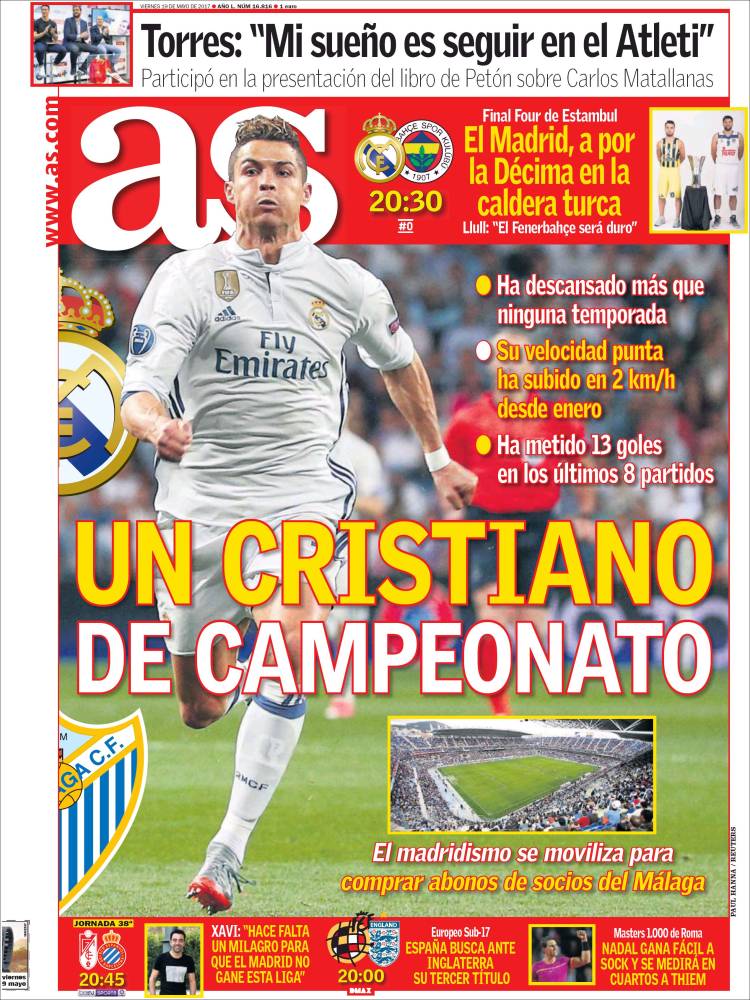 A Ronaldo for the Championship

He has been rested more than any other season, top speed has risen more than 2km/hr since January, has scored 13 goals in his last 8 matches

Torres: My dream is to continue with Atletico

Xavi: It'll take a miracle for Madrid not to win La Liga

Spain search for 3rd U17 title against England 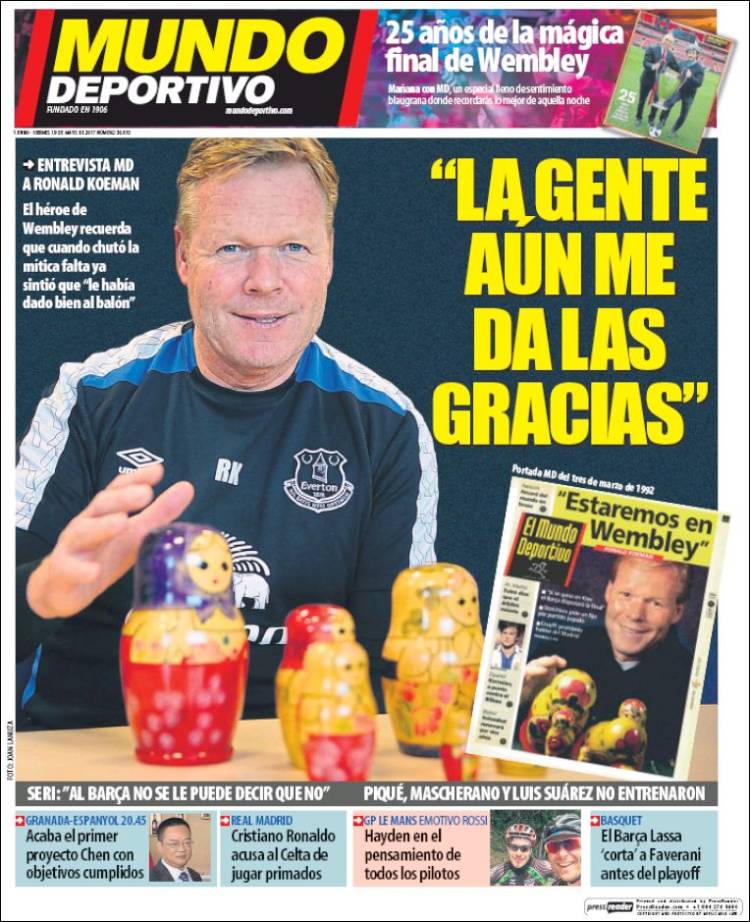 Seri: To Barca you cannot say no

Granada-Espanyol - End of the first Chan project with objectives fulfilled