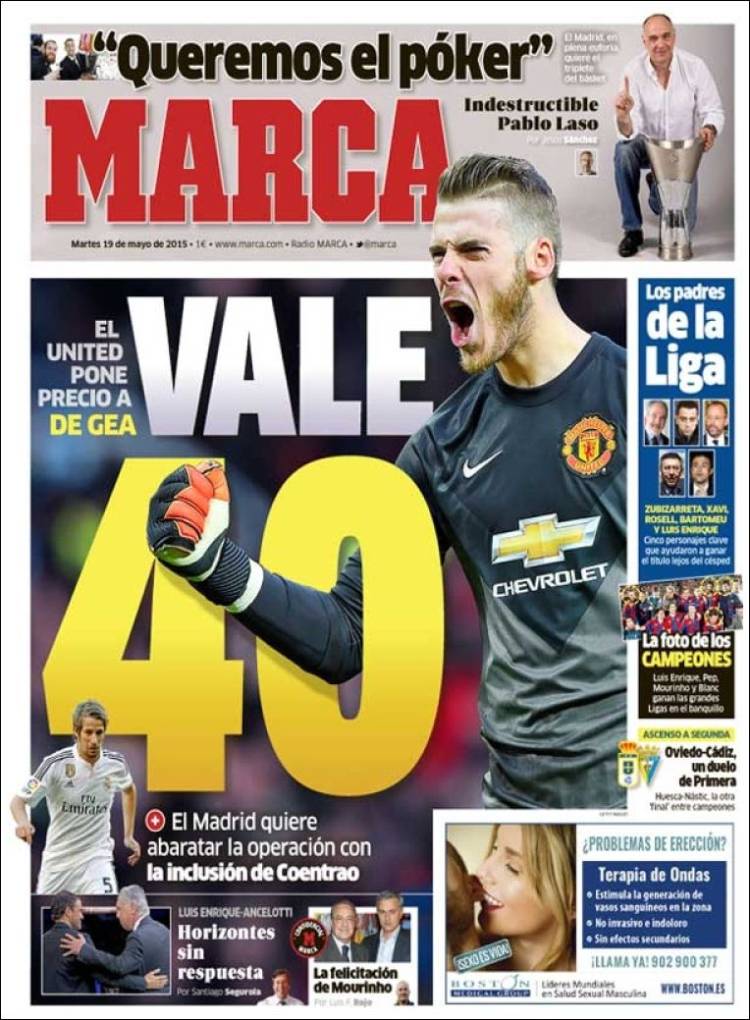 The fathers of La Liga: Zubizarreta, Xavi, Rosell, Bartomeu and Luis Enrique. Five key people who helped to win the title away from the pitch

The champions’ photo: Luis Enrique, Pep, Mourinho and Blanc win the big Leagues on the bench

La Segunda play-offs. Oviedo-Cadiz, a Primera duel. Huesca-Nastic the other final amongst champions 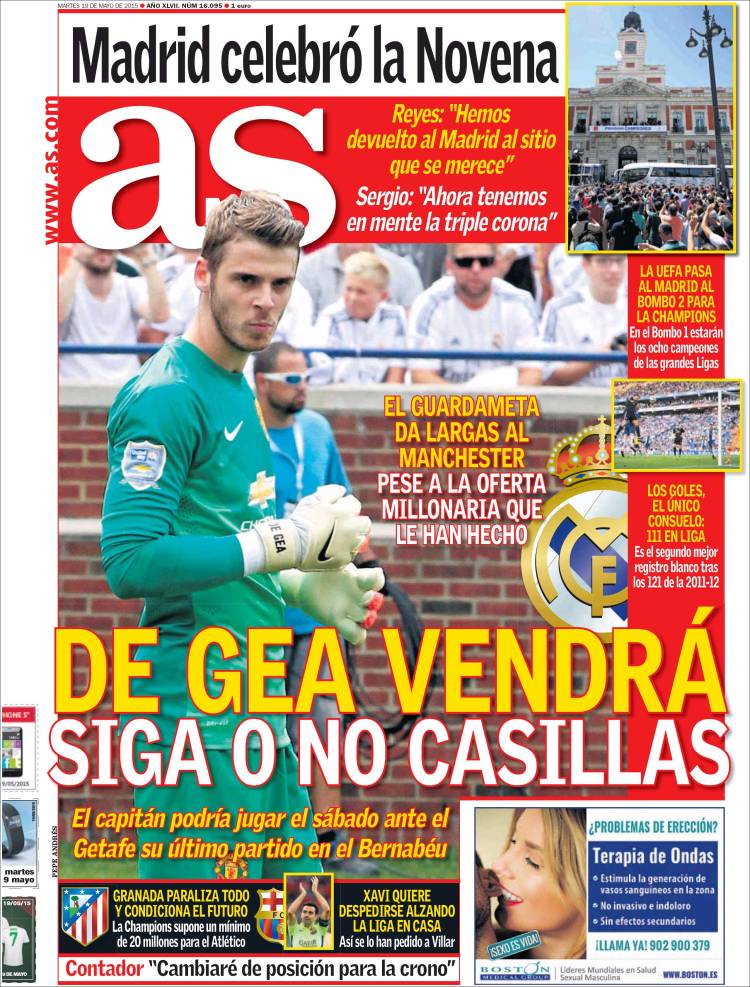 De Gea will come if Casillas continues or not

UEFA put Madrid into Pot 2 for the Champions League draw. The eight champions of the big Leagues will be in Pot 1

Granada put everything on hold and shape the future. The Champions League would be worth a minimum of €20m for Atletico

Xavi wants to say goodbye by lifting the League trophy at home. They have made the request to Villar 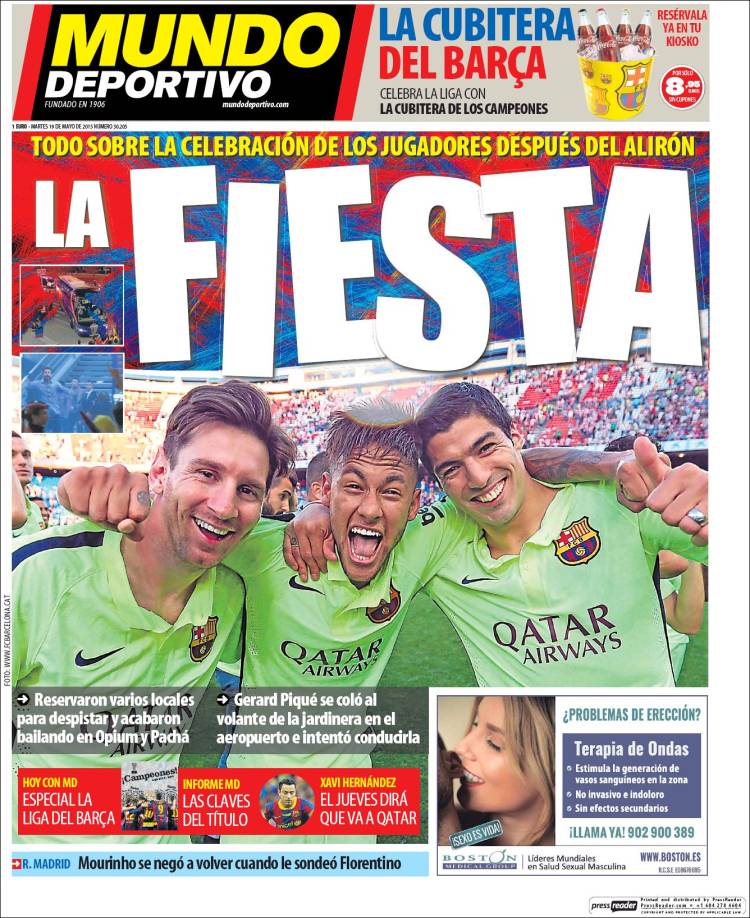 Everything about the players’ celebration after the victory

Special on Barca’s League, the keys to the title

Xavi Hernandez: on Thursday he will say he is going to Qatar

Real Madrid: Mourinho denies he will return after he sounded out Florentino