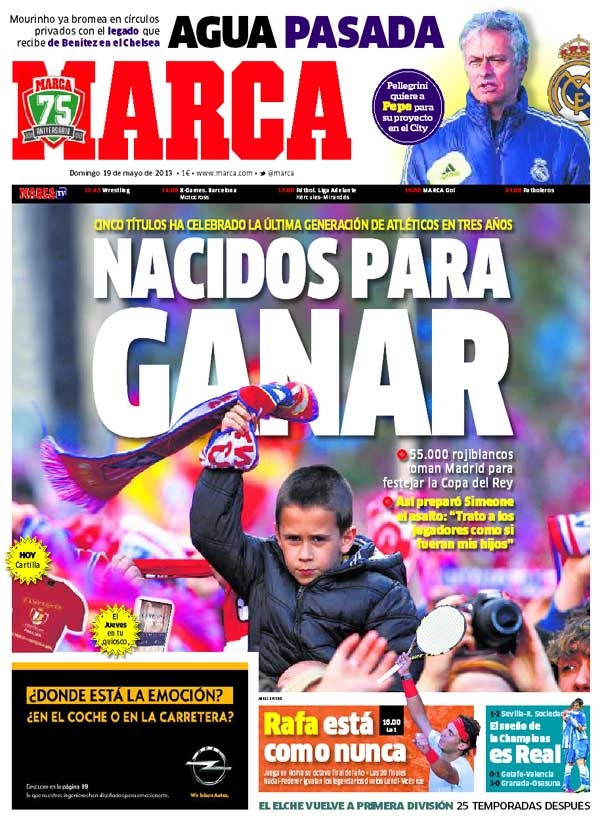 Water under the bridge

Elche return to the top division after 25 seasons 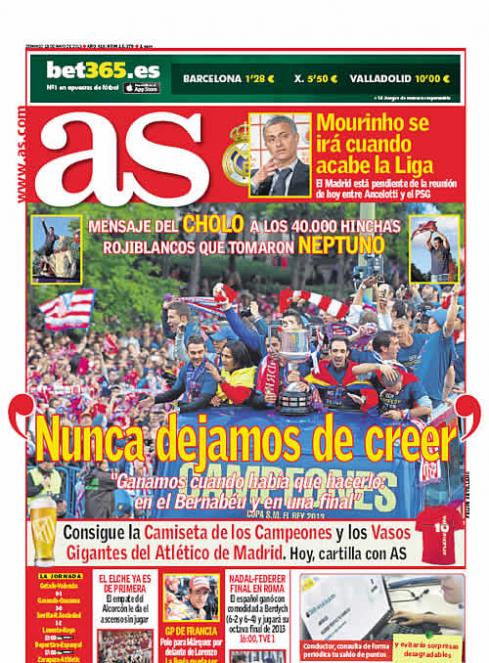 "We won when we had to: in the Bernabeu and in the final," El Cholo
Message from Cholo to 40000 Rojiblancos that take to Plaza Neptune
Mourinho will leave when La Liga ends
Madrid are waiting to meet with Ancelotti and PSG
Elche are back
The draw against Alcorcon ensure their promotion without playing
MOTO GP France: Pole position for Marquez ahead of Lorenzo
Rain today will be a factor

Nadal - Federer: The Spaniard wins comfortably against Berdych and will play in the eighth final of 2013 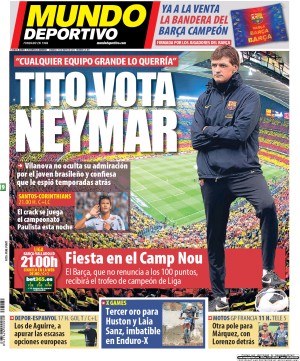 Vilanova does not hide his admiration for the young Brazilian and confesses he has been keeping tabs on him for a while
The Crack plays today in the Paulista championship tonight
Fiesta in the Camp Nou
Barca, going for 100 points, will recieve La Liga trophy today
Atletico Madrid celebrate
Atleticos dye Madrid red and black
X Games: Third gold for Huston and Laia Sanz, unbeatable in the Enduro X
MOTO GP: Another pole for Marquez, Lorenzo behind him