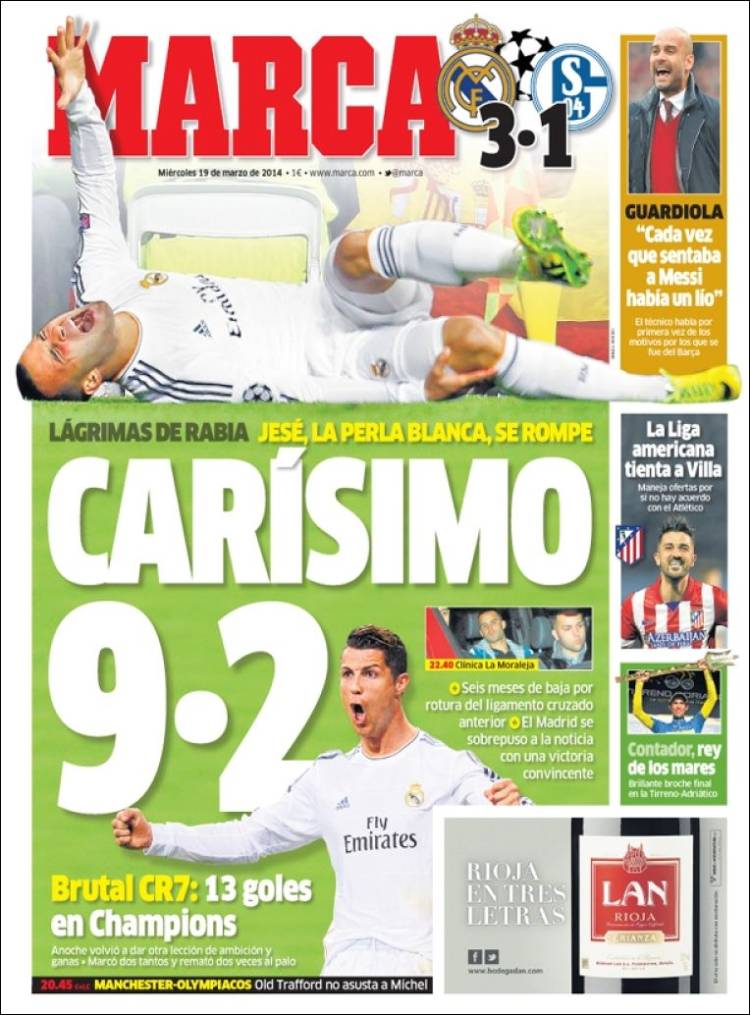 Cries of rage from Jese, the White Pearl, who was struck down with injury

9-2: A brutal CR7 has scored 13 goals in the Champions League

Last night he returned to give another show of his ambition; He scored two goals and hit the post twice

Six months out for Jese after he tore his ACL

Madrid overshadow the bad news with an impressive win

Guardiola: "More and more I felt that Messi was a problem"

The coach speaks for the first time why he left Barca 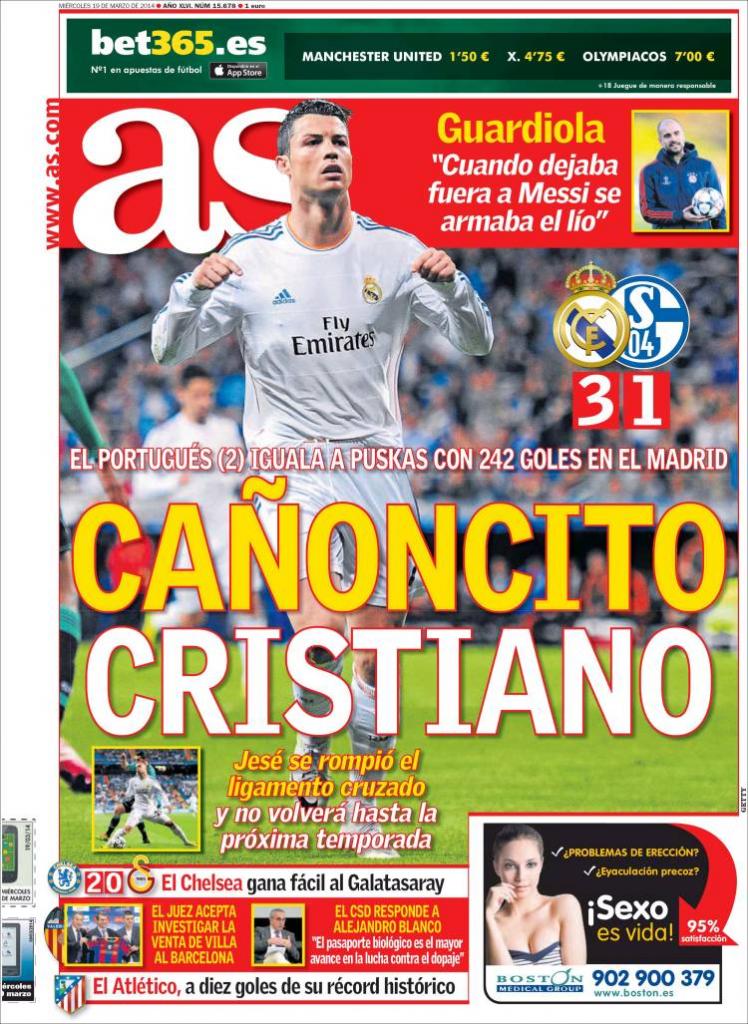 The Portuguese equals Puskas' record with 242 goals for Madrid

Jese tears his ACL and will not return until next season

The judge accepts a request to investigate Villa's transfer to Barcelona

Atletico, 10 goals away from an historic record

Guardiola: "When I left Messi out, he was ready to make a mess" 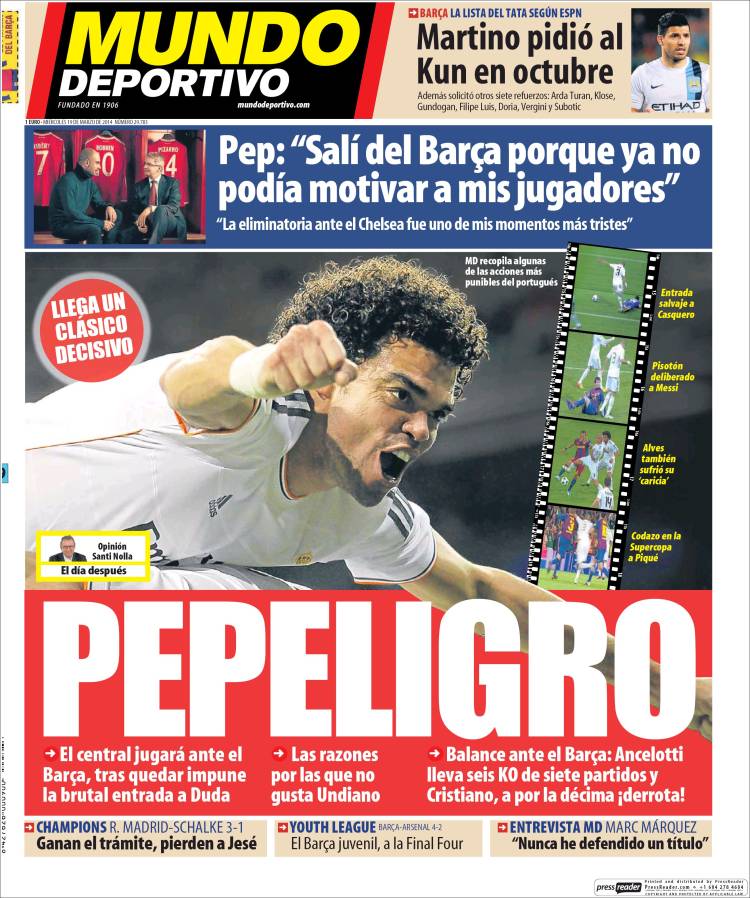 Balance against Barca: Ancelotti has lost six of the seven games he has faced Barca as coach and Cristiano, going for his tenth loss

Pep: "I left Barca because I could no longer motivate the players"

"The elimination to Chelsea was one of my saddest moments"

Martino asked for Kun in October in addition to several other players, including Arda Turan, Klose, Gundogan, Filipe Luis, Doria, Vergini and Subotic