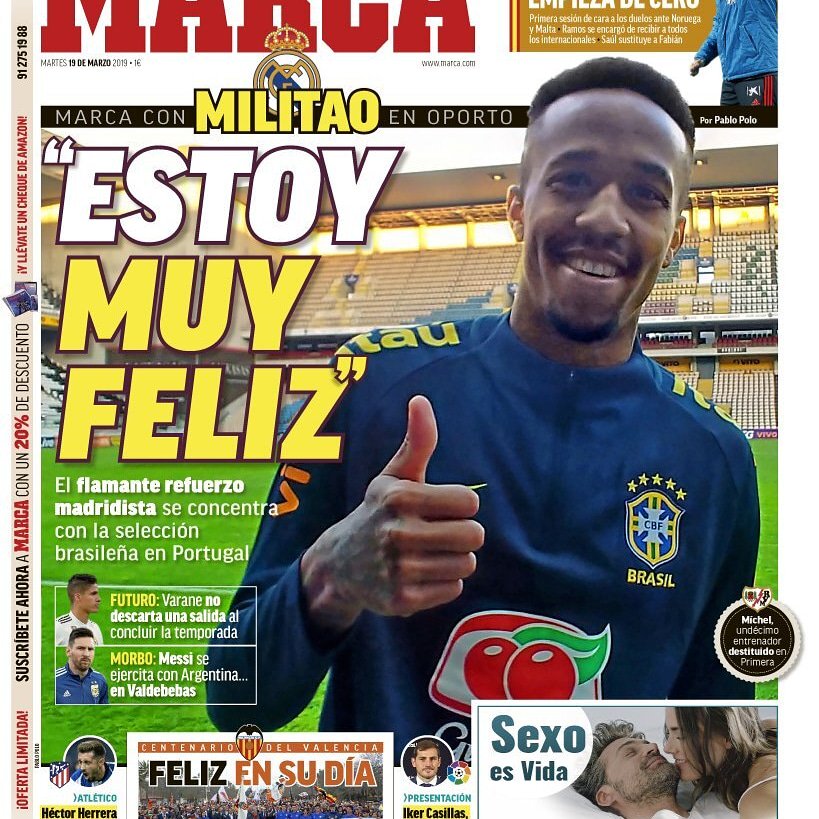 "I am very happy" 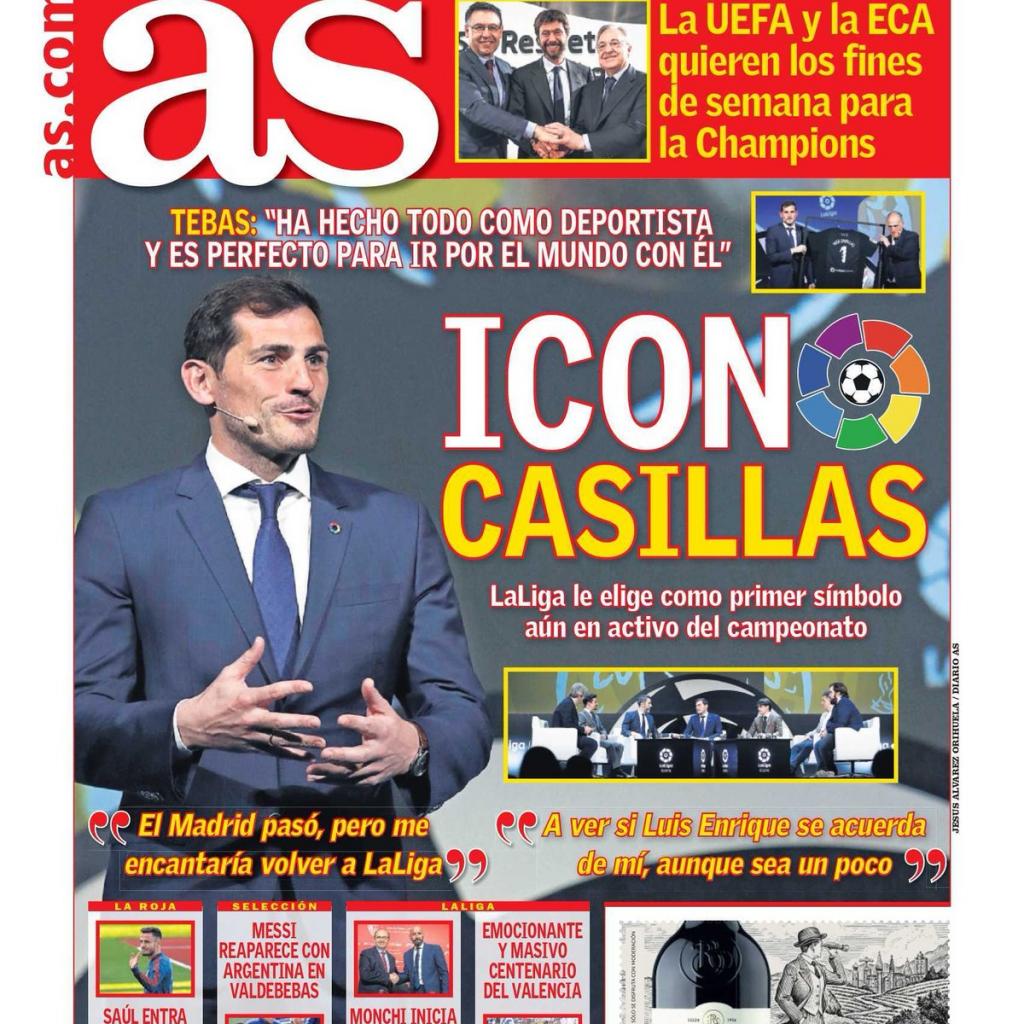 Tebas: 'He has done everything in the sport, and it's perfect to go around the world with him

UEFA and the ECA want the Champions League at weekends

Messi back with Argentina

Monchi back at Sevilla 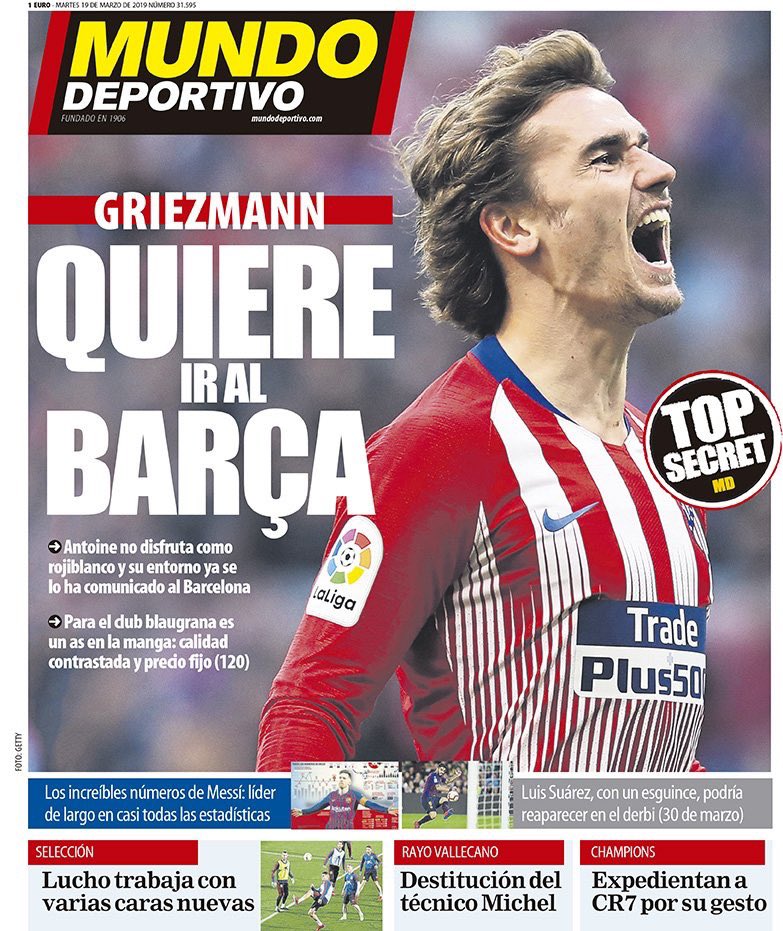 Griezmann wants to go to Barcelona

Antoine is not enjoying Atletico and has already made contact with Barca, for the Blaugrana he is the trick up their sleeve, priced at 120m