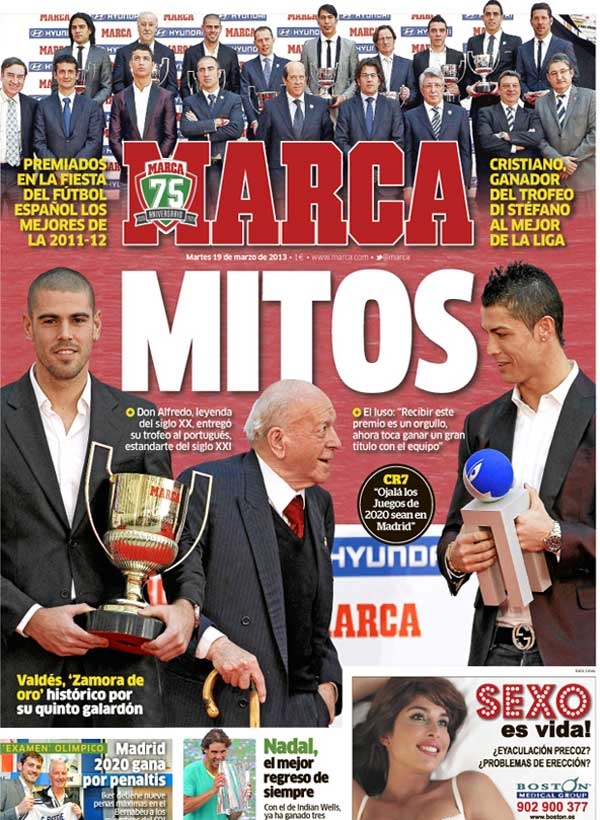 Premier figures in Spanish football for 2011-12

Cristiano, winner of the Del Stefano trophy for best in La Liga

Don Alfredo, the legend of the 20th century, gives the trophy to the Portuguese who is the standard of the 21st century

The Portuguese said, "To receive this trophy gives me great pride and it encourages me to win a great title with my team"

Nadal, the best comeback of all

Indian Wells, he has won it already three times 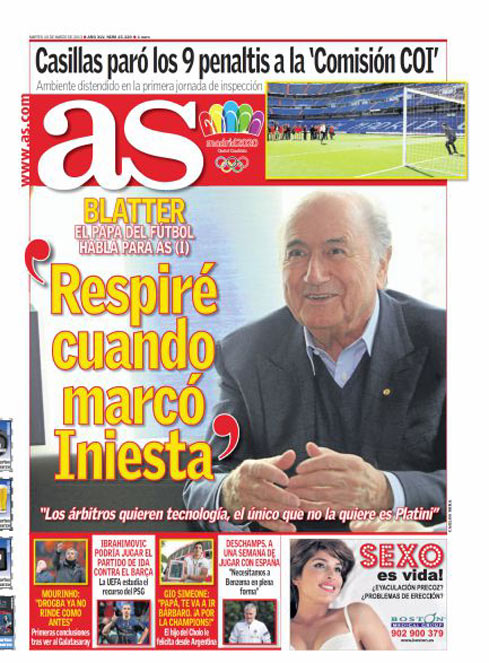 "I breathed when Iniesta scored", Blatter

"The referees want technology, the only thing is that Platini does not", Blatter

Blatter, the father of Football talks to AS

The first conclusions ahead of Galatasaray

Ibrahimovic could play against Barca in Paris

UEFA to consider his appeal

Deschamps, one week to play Spain

"We need Benzema in our plans", Deschamps

Gio Simeone: "I will go for you in, for the Champions League", the son of Diego Simeone happy for his father

Casillas stops nine penalties in front of the Olympic committee

The relaxed environment in the first round of Olympic inspections 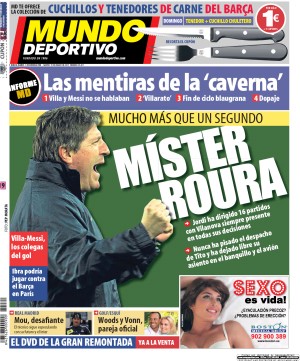 Much more than second in charge

Never has he taken over Vilanova's office, always leaving free his seat on the bench and on the plane

Villa-Messi, the colleagues of the goal

Ibra could play against Barca in Paris

Lies of the press: 1, Villa and Messi did not speak, 2. Villa was only to be around for a while longer, 3. the end of the cycle for the Blaugrana, 4. Doping

The coach continues to speculate about his future and Inter

Golf: Woods and Vonn, they are an official item