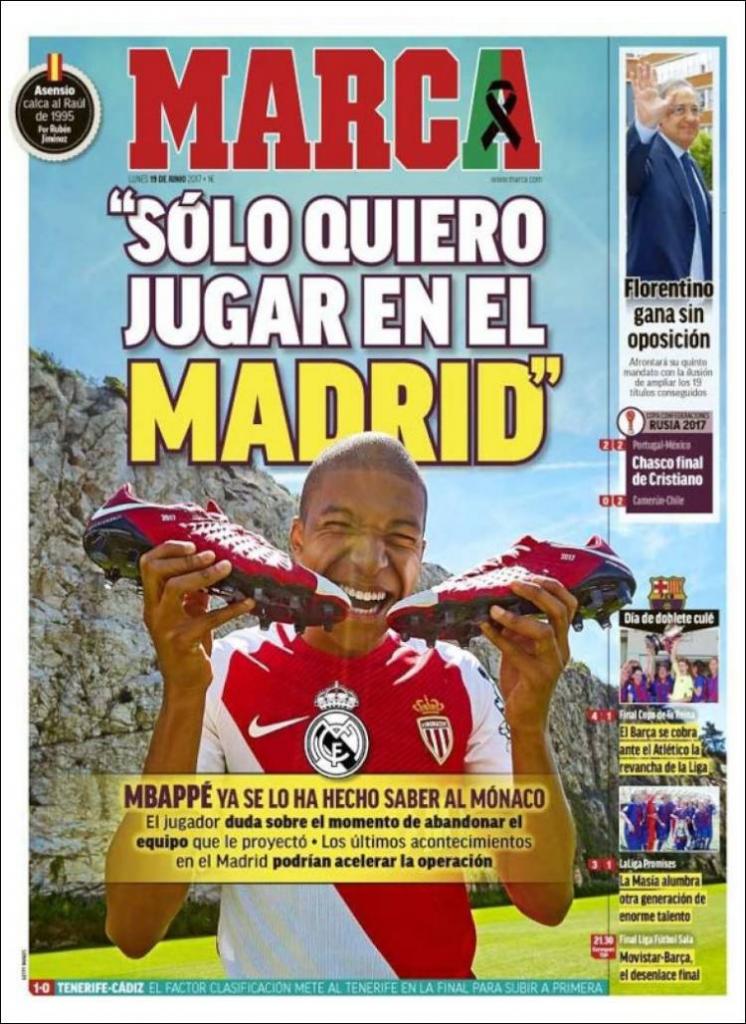 'I want to play only in Madrid' 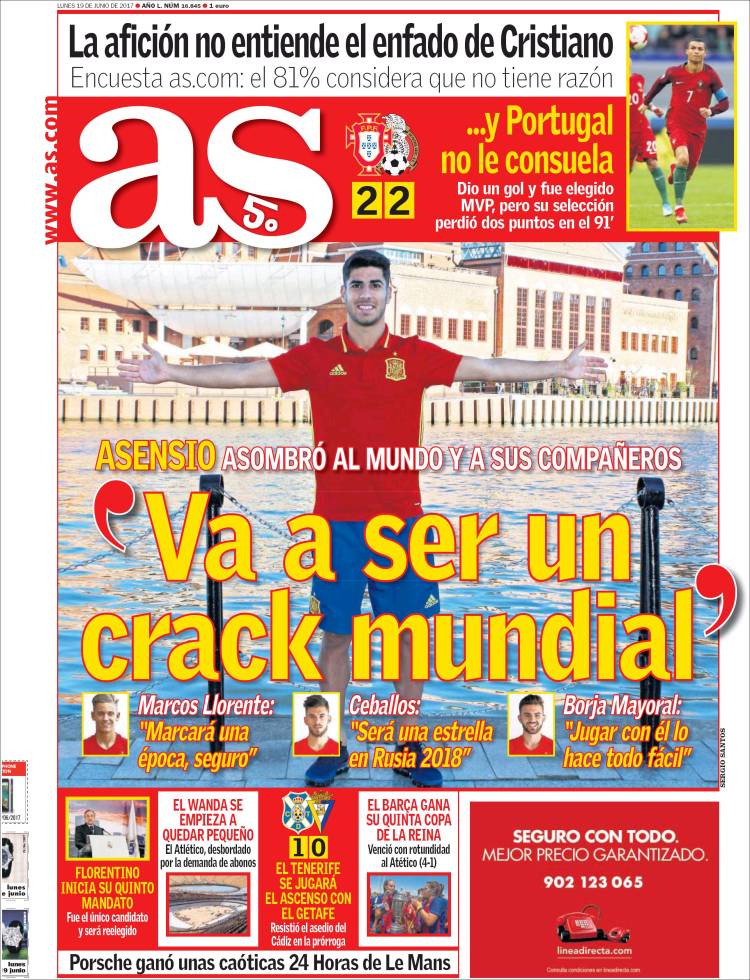 'He will be a global star'

The world and his friends marvel at Asensio

Marcos Llorente: He marks an era, Ceballos: He'll be a star in the 2018 World Cup, Mayoral: To play with him makes it easy 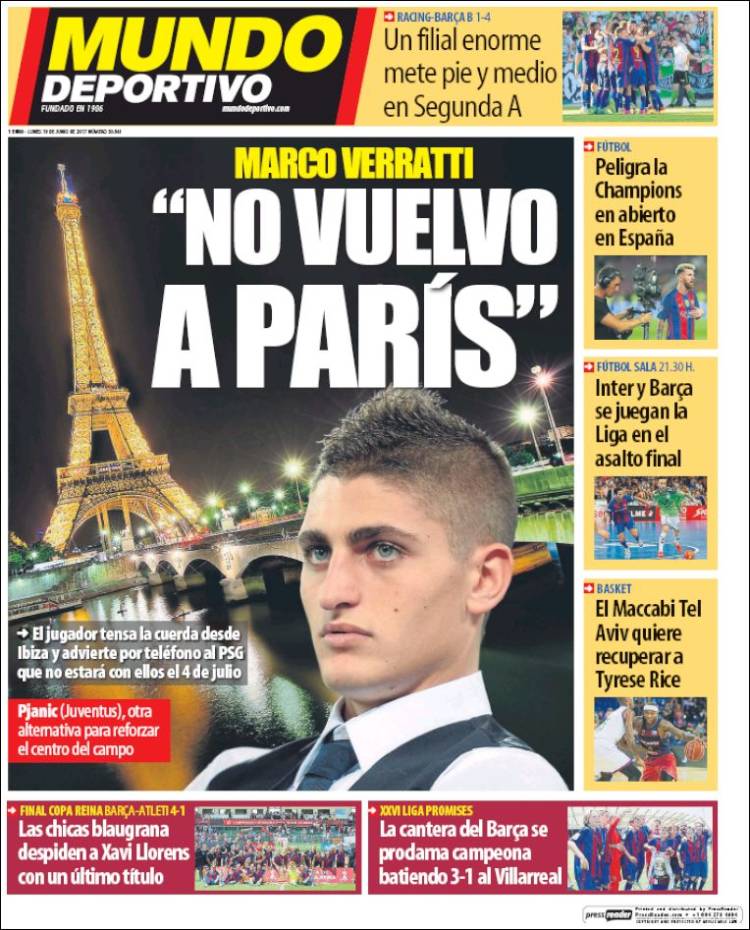 "I'm not returning to Paris"

Verratti tenses the situation as he contacts PSG from Ibiza

Pjanic (Juventus) an alternative for strengthening the midfield

Danger of the champions in Spain