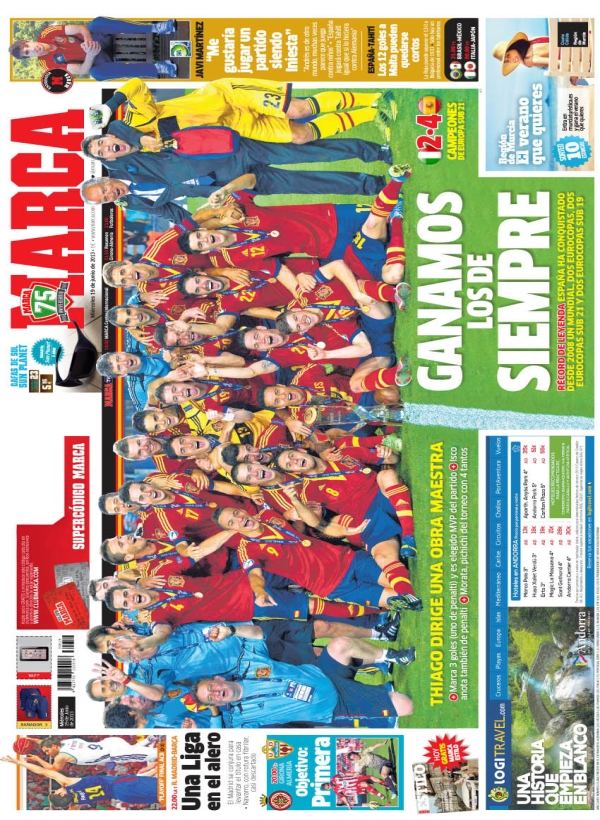 Italy 2-4 Spain,Champions of Europe Under 21

Thiago at the heart of a great display

He scores three goals, one from the penalty spot, and is chosen as the man of the match

Isco also scores from the spot

Morata, top goal scorer in the tournament with his four strikes

Javi Martinez: "I would like to play with Iniesta"

Spain v Tahiti: The twelve goals scored against Malta could be bettered 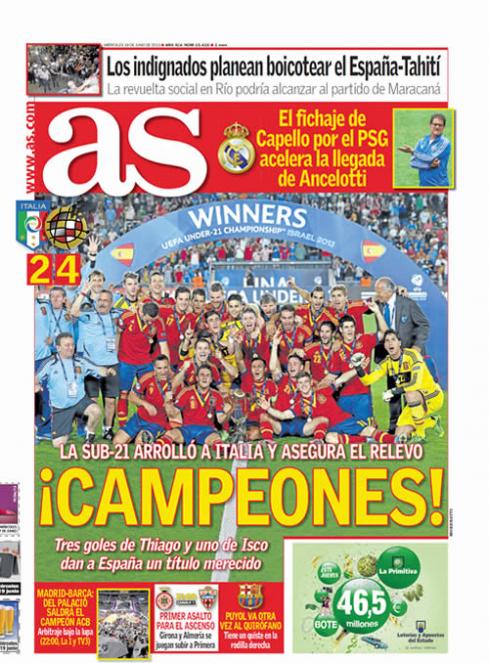 The signing of Capello by PSG accelerates Ancelotti's arrival

Madrid v Barcelona: The champion will be decided at the palace

The first hit-out for promotion

Girona and Almeria to play for a place in the Primera

Puyol will have another operation

He has a cyst in his right knee 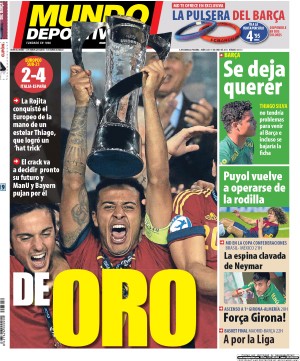 Puyol to have another operation on his knee