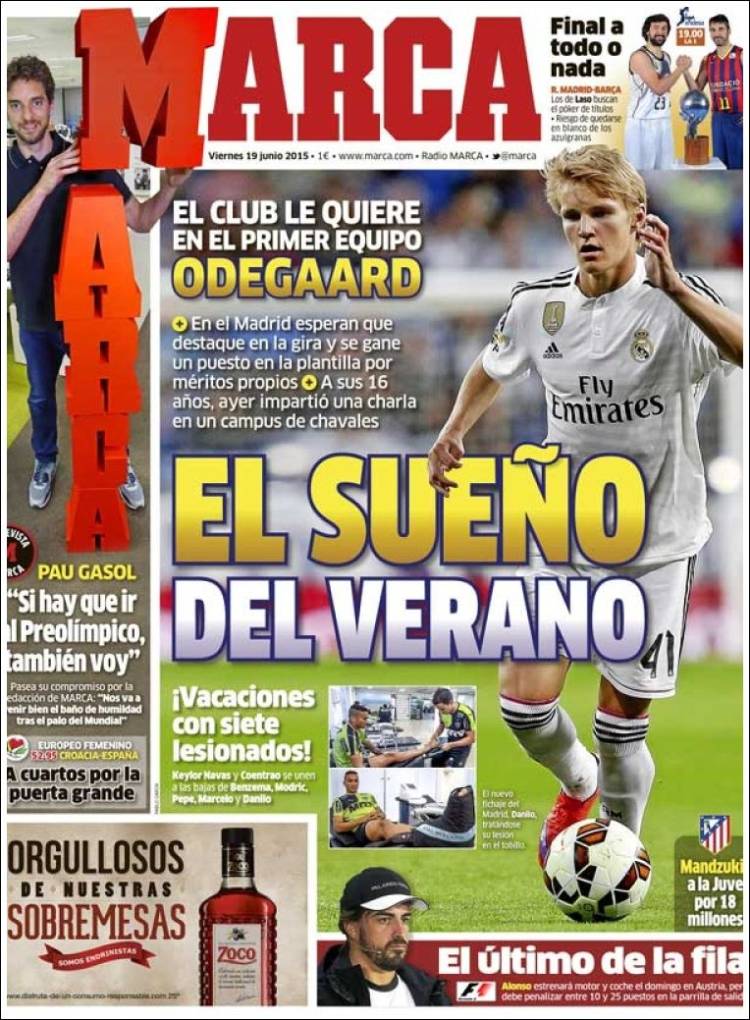 Mandzukic to Juve for €18m 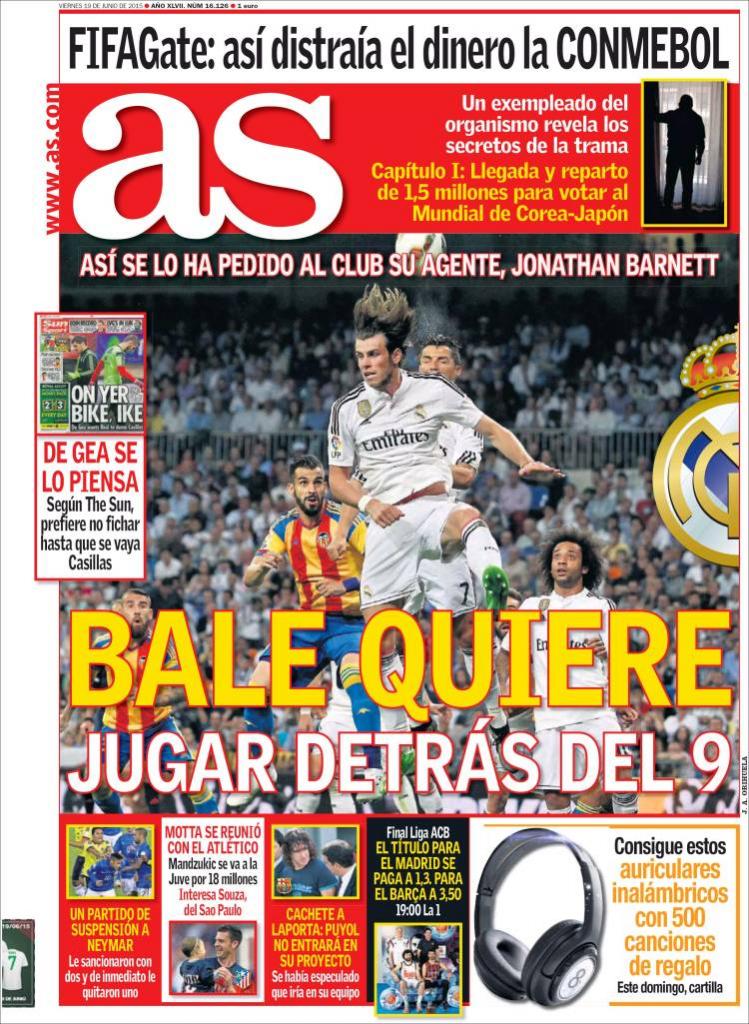 Sticks to the stars

Neymar was sent off after a brawl against Colombia, who beat Brazil (1-0), and misses the next match

Messi: It’s time to win something big with Argentina

No Puyol for Laporta 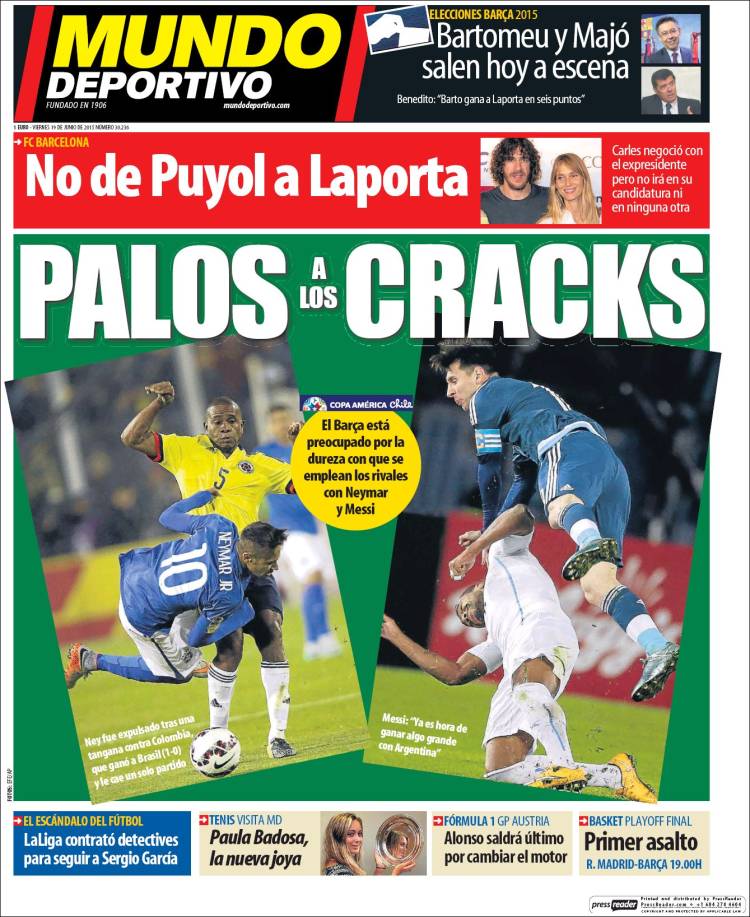 Bale wants to play in the hole

He asks the club through his agent, Jonathan Barnett

According to the Sun, he’d prefer not to join Madrid until Casillas leaves

One former employee of the body reveals secrets of the plot

Chapter I: Arrival and distribution of €1.5m for World Cup votes in South Korea and Japan

Mandzukic to join Juve for €18m