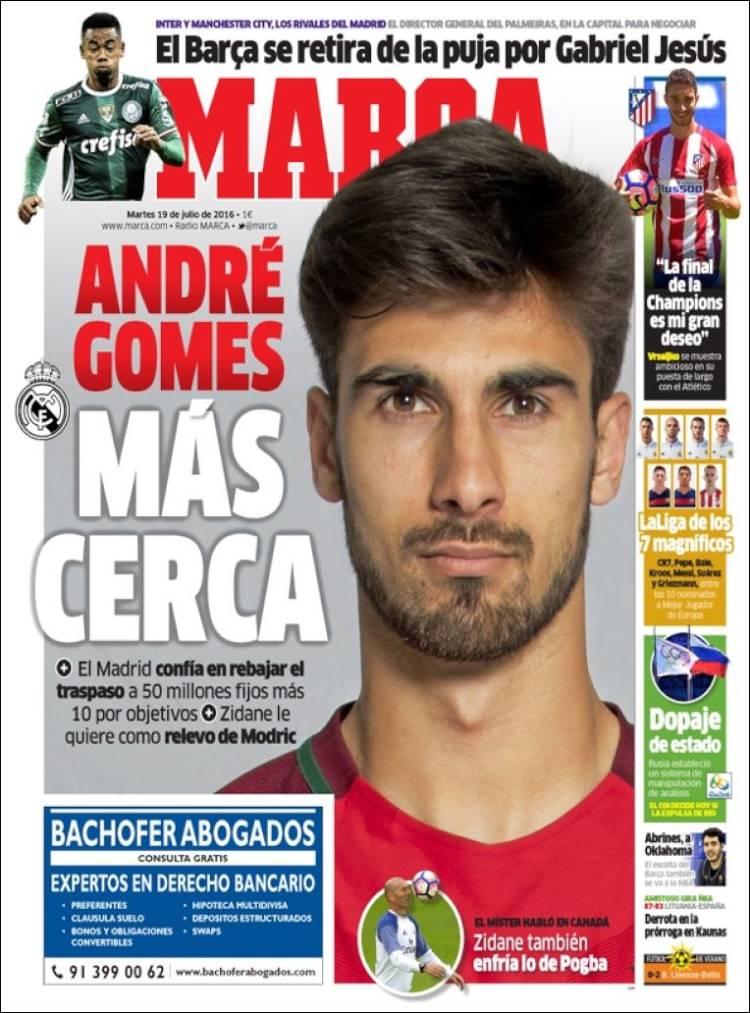 Palmeiras’ director general, in the capital to negotiate

Barca give up the bid for Gabriel Jesus

Zidane wants him to relieve Modric

The Coach speaks in Canada

Zidane also cools down on Pogba

“The Champions League Final is my great desire”

Vrsaljko shows his ambition in his presentation with Atletico

CR7, Pepe, Bale, Kroos, Messi, Suarez and Griezmann on the list of 10 nominees of the Best Player in Europe 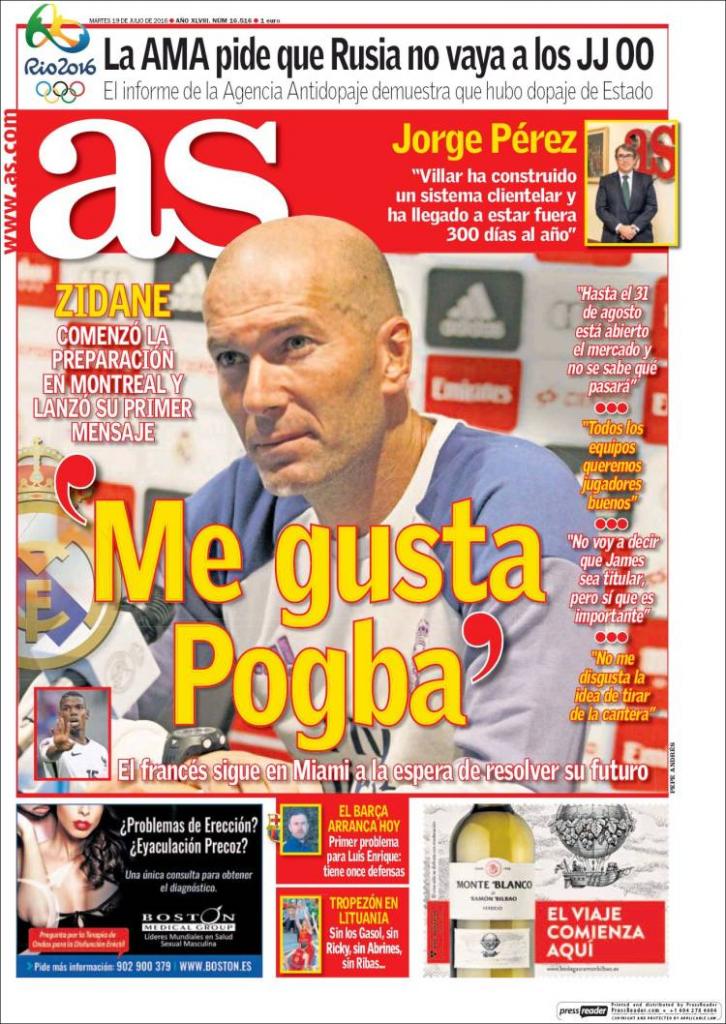 Zidane begins the preparation in Montreal and delivers his first message

“I’m not going to say that James is a starter, but he is important”

“I don’t dislike the idea of the cantera players leaving” 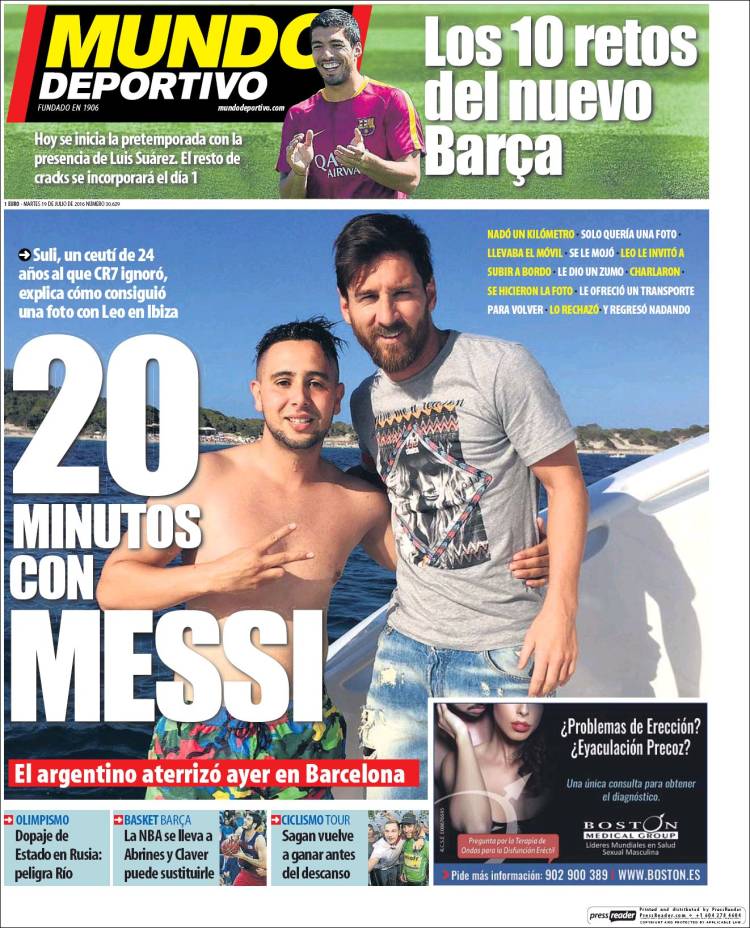 The 10 challenges of the new Barca

Pre-season starts today with Luis Suarez present. The rest of the ‘cracks’ will join on the 1st.

Suli, a 24-year-old from Ceuti who CR7 ignored, explains how he got a picture with Leo in Ibiza

The Argentine lands tomorrow in Barcelona