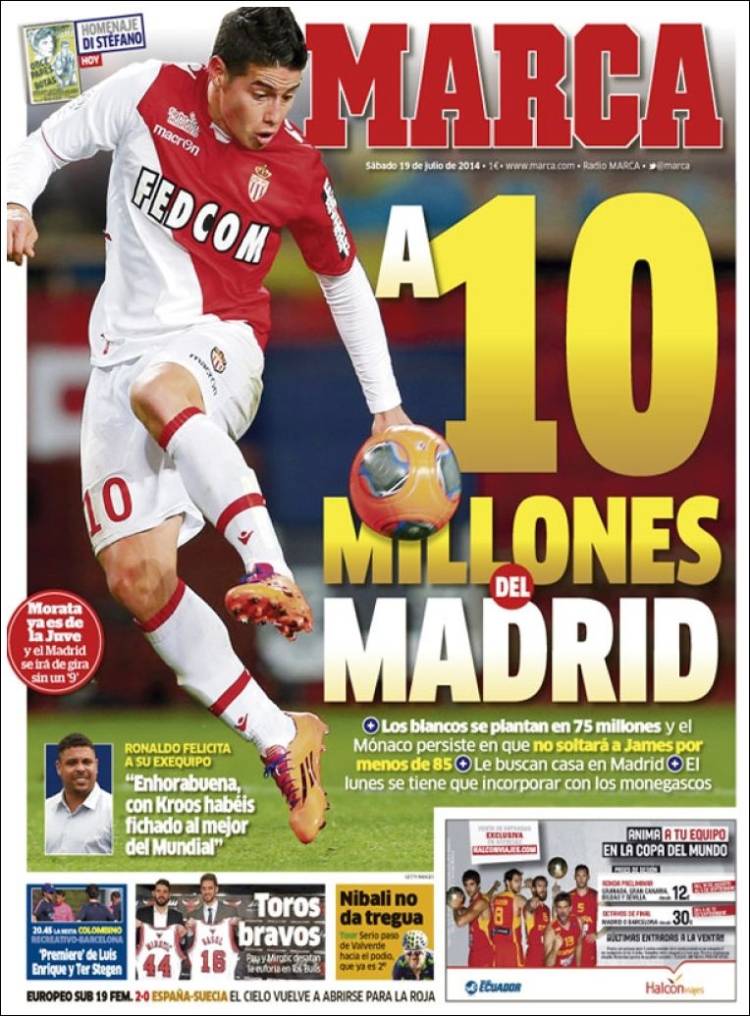 €10m away from Madrid

He is looking for a house in Madrid

On Monday he has to join up with Los Monegascos

Morata is a Juve player and Madrid will go on without a No. 9

'Congratulations, with Kroos you have signed the best player from the World Cup' 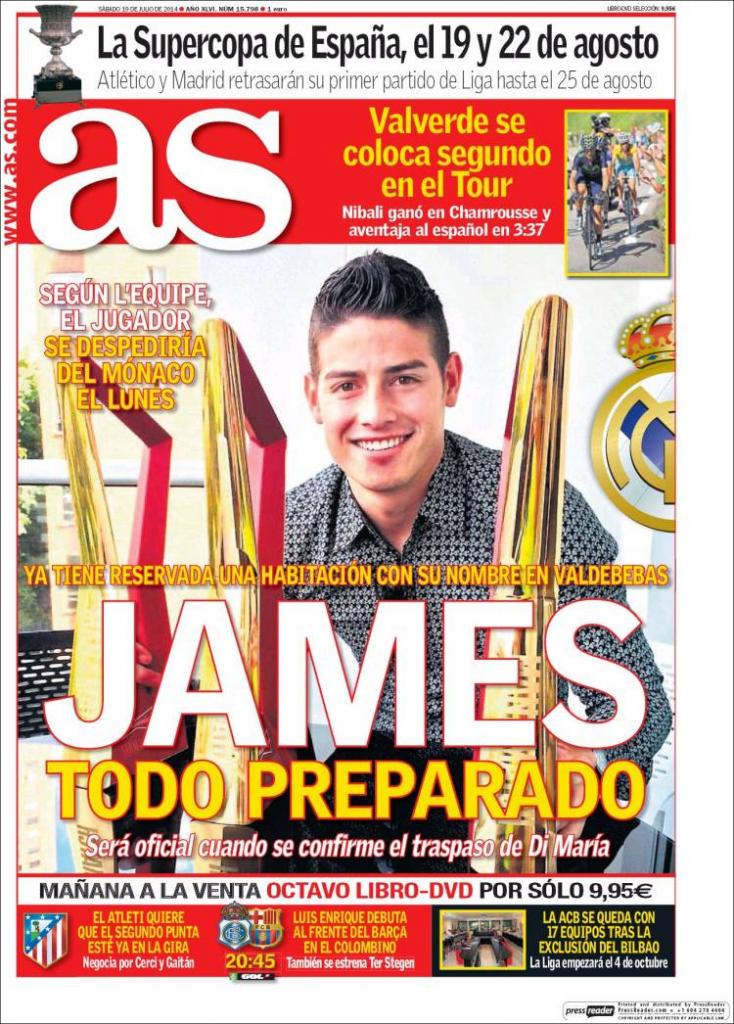 According to L'Equipe, the player will say goodbye to Monaco on Monday

They are negotiating for Cerci and Gaitan

Luis Enrique debuts with Barca at the Colombino 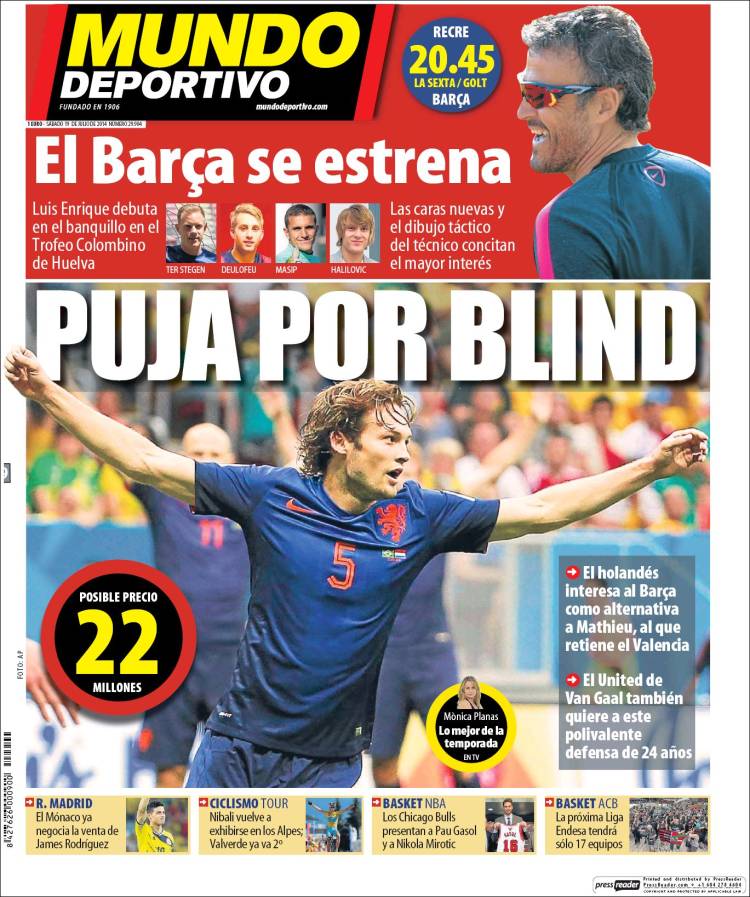 A bid for Blind

The Dutchman interests Barca as an alternative to Mathieu, who Valencia hold on to