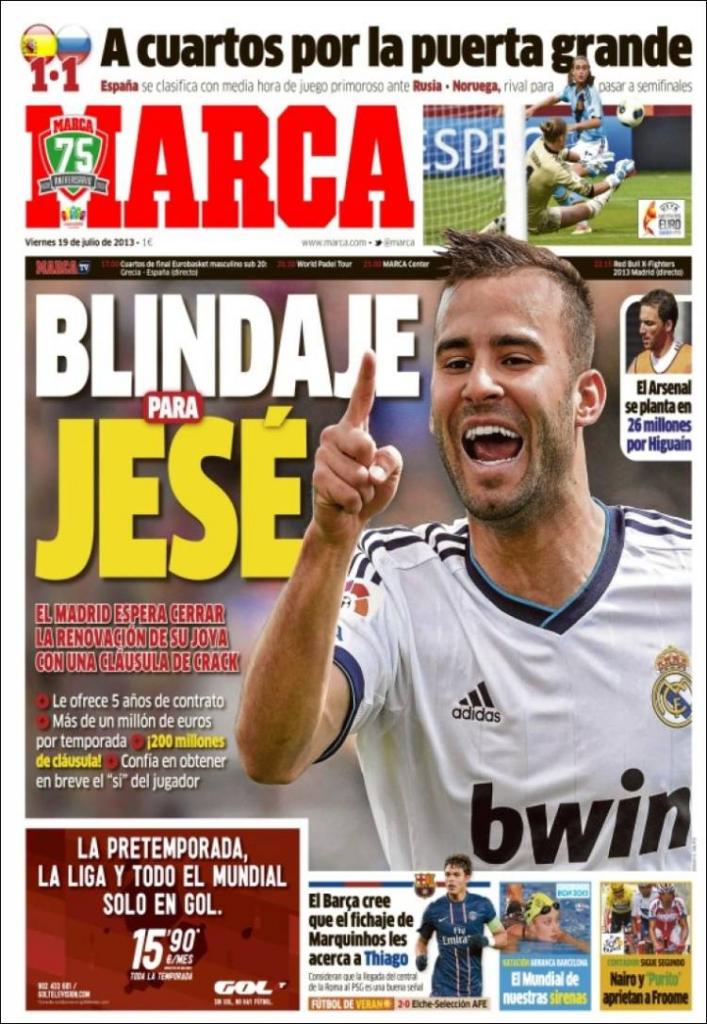 He is offered 5€ million

More than a 1€ million per season

The club is confident in the player

Spain qualify after 30 minutes of excellent play against Russia

Norway, their rival for a semifinal birth

Swimming, Barcelona: The world cup of our sirens 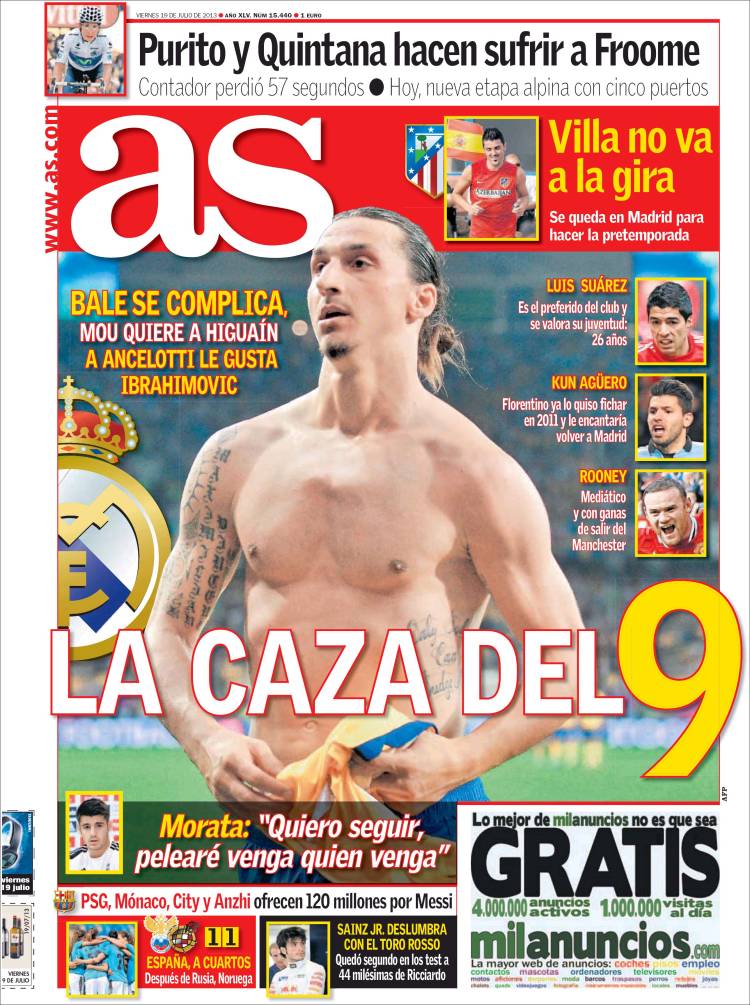 Luis Suarez: The the preferred choice of the club and is valued and young: 26-years-old

Kun Aguero: Florentino wanted to sign him in 2011 and he would enjoy returning to Madrid

Morata: "I want to continue and I will fight with whoever"

Spain, to the quarters

Villa not going on tour

He remains in Madrid for the preseason

Today, a new stage in the Alps with five gates 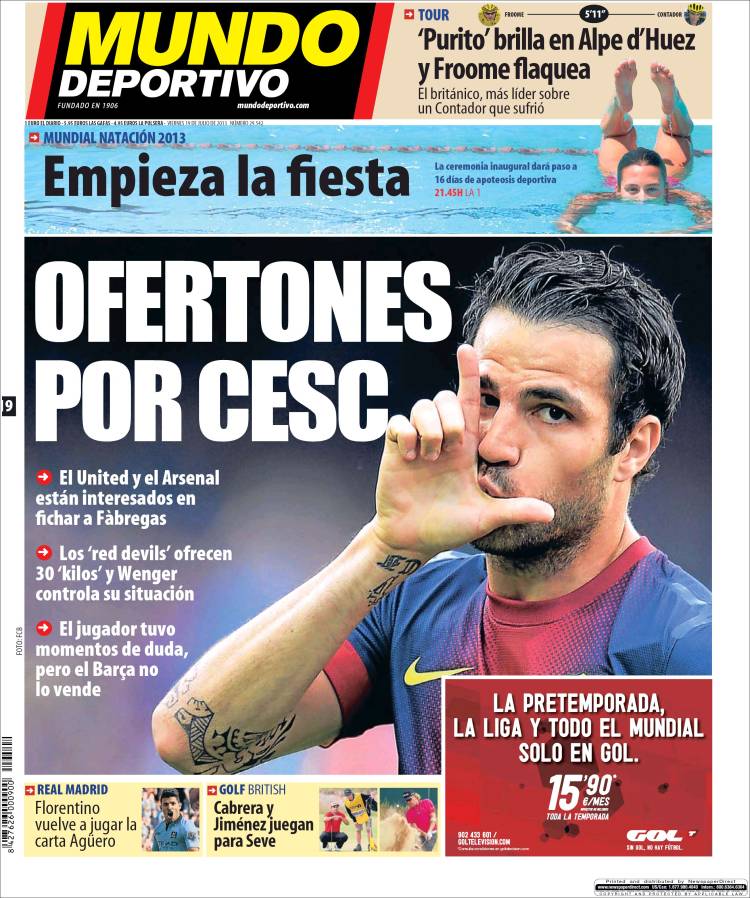 The start of the party: The ceremony of the world swimming championships

Purito shines in the Alps and Froome falls off

The Brit, who leads Contador, suffers the most