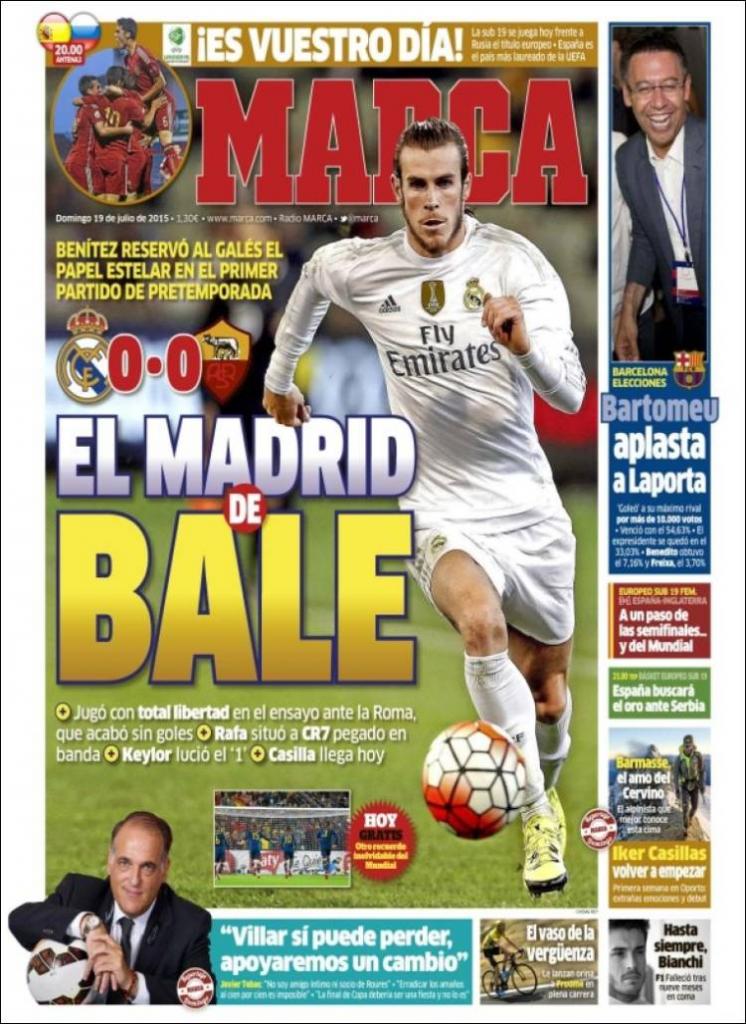 He played a free role in the friendly against Roma, which ended goalless

Rafa glued CR7 to the touchline

Keylor wore the No 1 jersey

European Under-19 title is up for grabs against Russia today

Spain are the most successful country in UEFA

One step away from the semi-finals ... and the World Cup 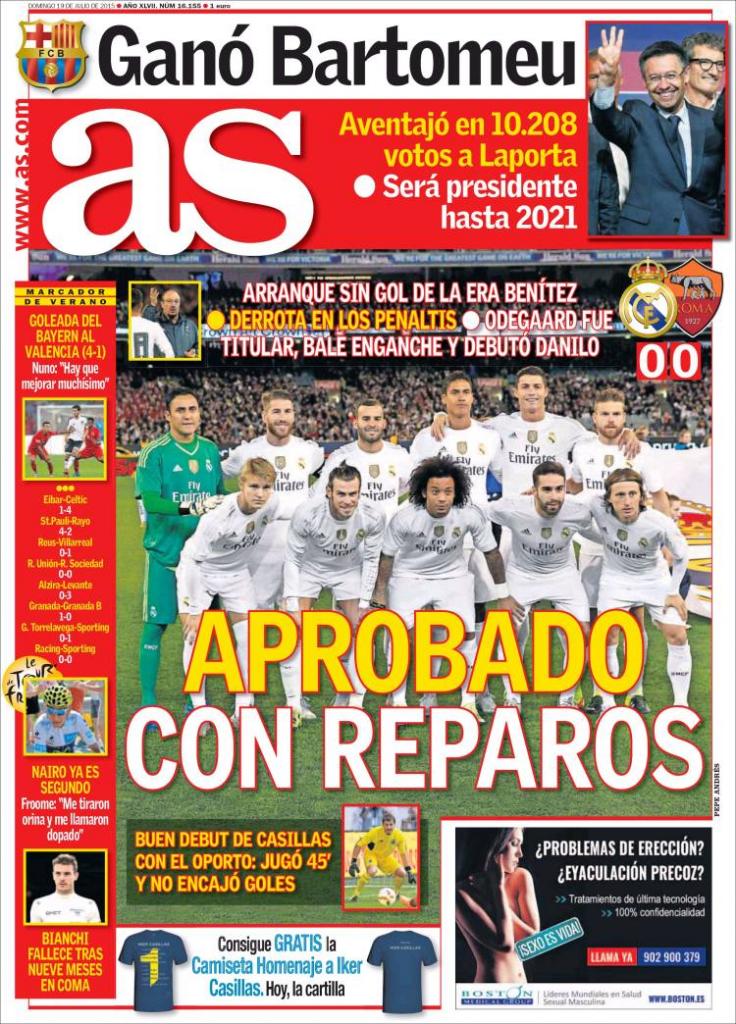 Benitez era starts without any goals

Odegaard started, Bale was No 10 and Danilo debuted

Good debut for Casillas with Porto; he played 45 minutes and didn’t concede

Nuno: “We have to improve a lot” 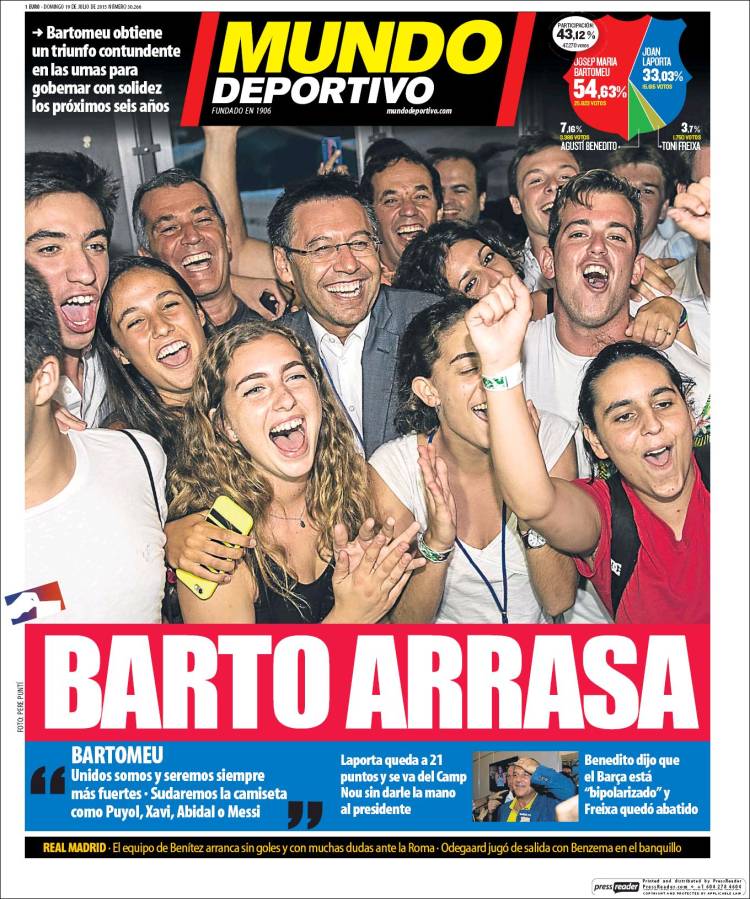 Bartomeu: “Together, we are and will always be stronger; we’ll sweat for this shirt, as did Puyol, Xavi, Abidal and Messi”

Benedito says Barca are “polarised”, while Freixa was downbeat

Real Madrid, Benitez’s team start without a goal as they struggled against Roma

Odegaard started, with Benzema on the bench