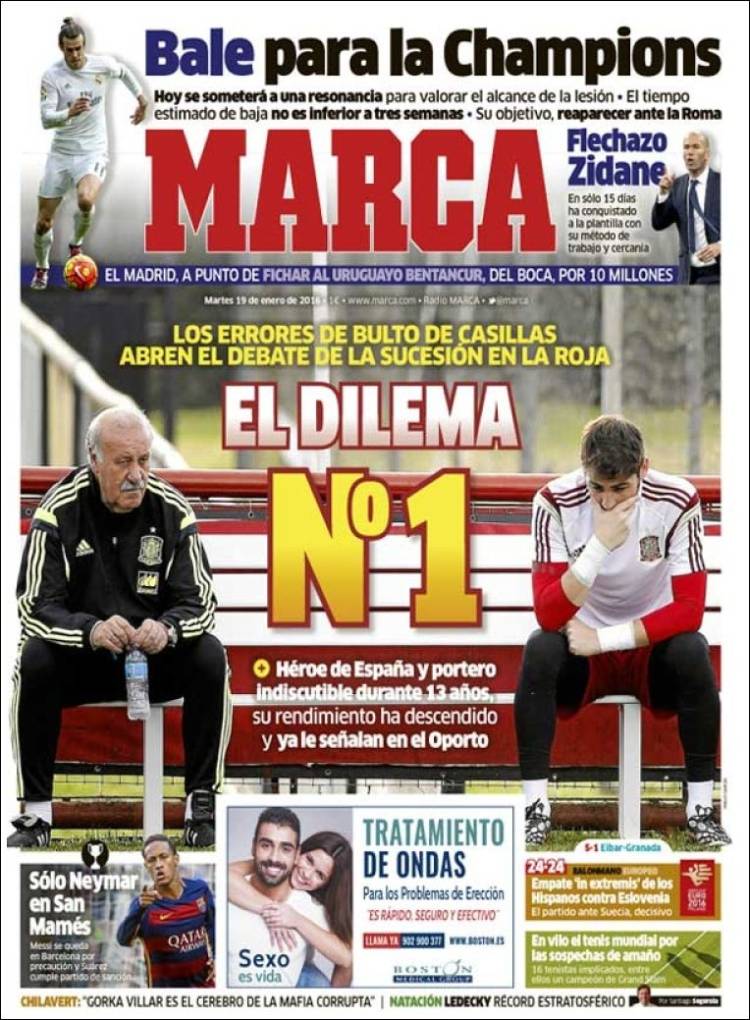 Bale for the Champions League

The estimated down time isn’t less than three weeks

The objective, reappear before Roma

Madrid, on the verge of signing the Uruguayan Bentancur, of Boca, for €10m

Hero of Spain and undisputed goalkeeper for 13 years, his performance has declined and they’re already pointing out at Porto

Only Neymar at San Mames 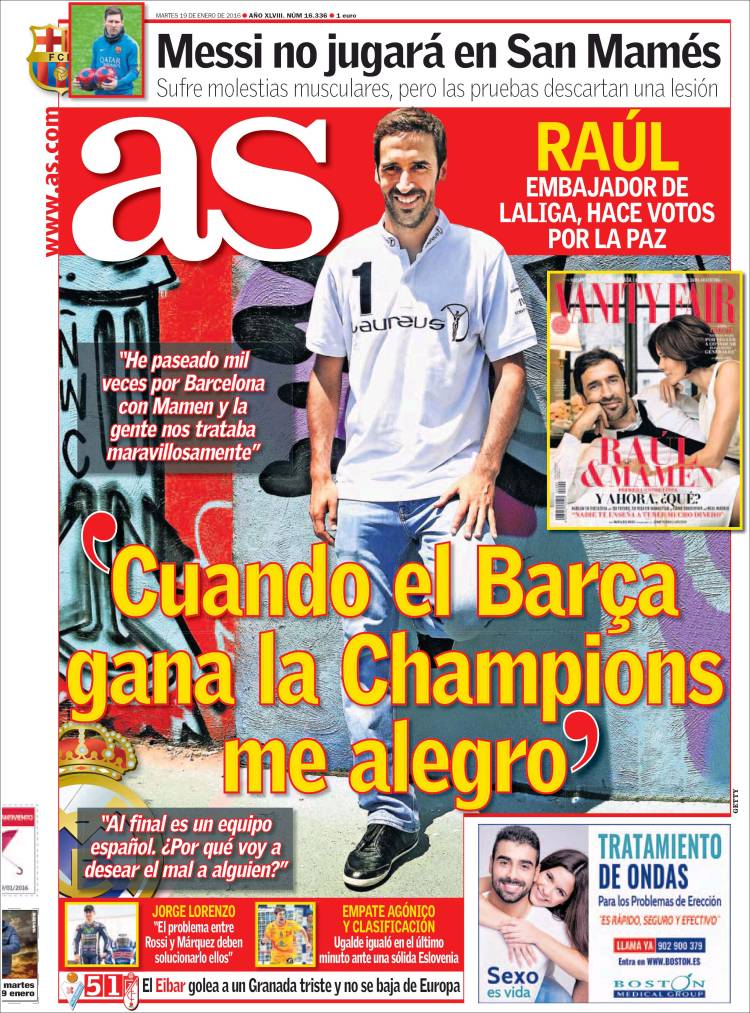 “In the end it’s a Spanish team. Why am I going to wish ill on someone?” 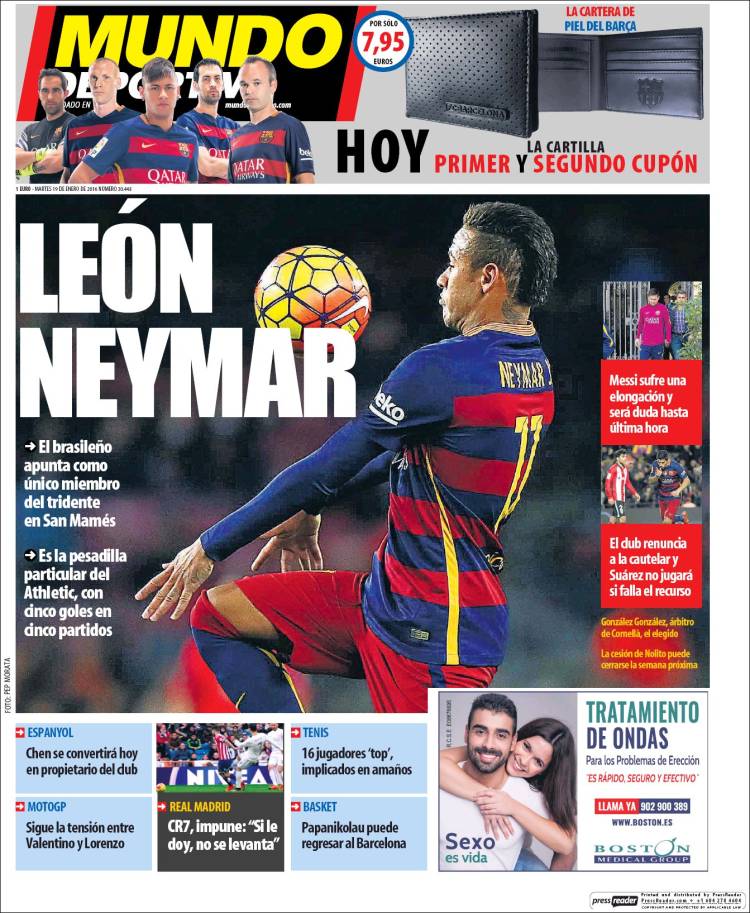 The Brazilian the only member of the trident at San Mames

He is Athletic’s nightmare, with five goals in five games

The loan of Nolito may be closed next week

Chen will today become owner of the club

CR7, unpunished: “If I wanted, he wouldn’t get up”