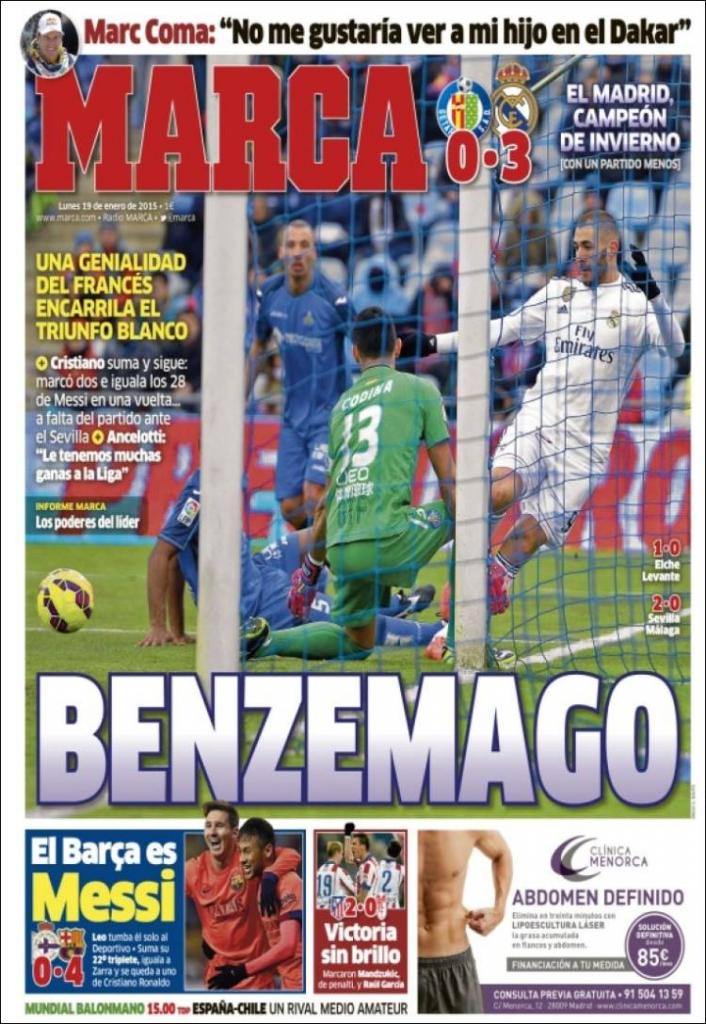 Cristiano adds to his tally and carries on: he scored two and equalled Messi’s 28 in the first round of games...minus the match against Sevilla

Ancelotti: “We are very keen to win La Liga”

Leo knocks Deportivo over on his own

He gets his 22nd hat-trick, equals Zarra, and is one away from Cristiano Ronaldo

Victory without shining: Mandzukic, with a penalty, and Raul Garcia scored 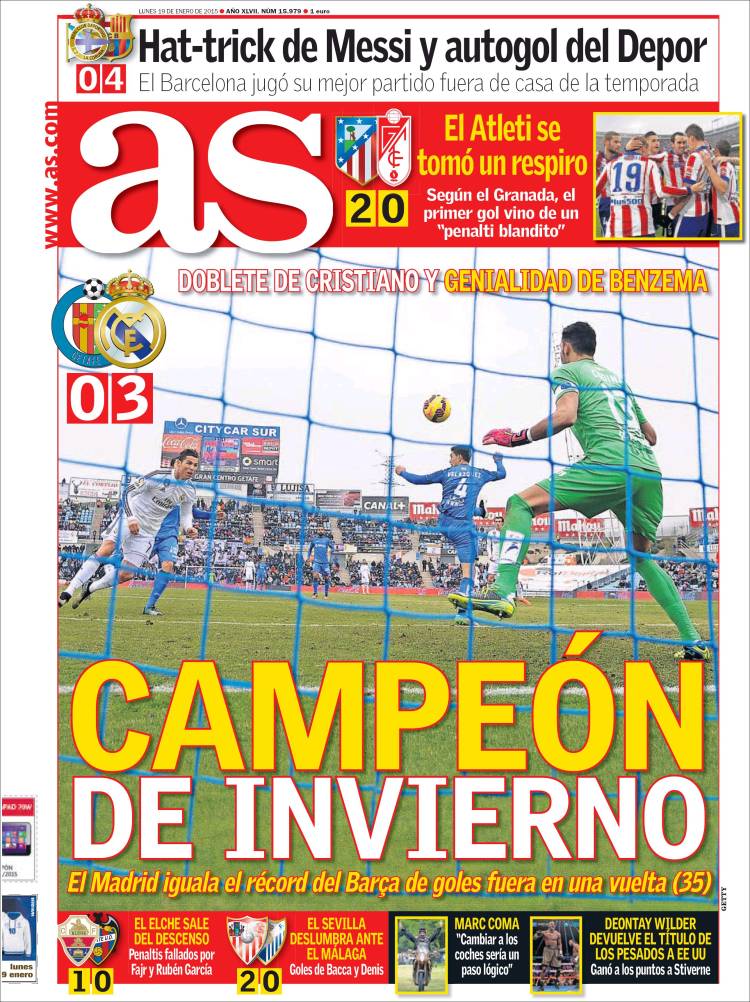 A double from Cristiano and a piece of genius from Benzema

Hat-trick from Messi and an own goal from Depor

Barcelona played their best away game of the season

Atleti took a breather: according to Granada the first goal came from a “debatable penalty”

Sevilla dazzle against Malaga: goals from Bacca and Denis 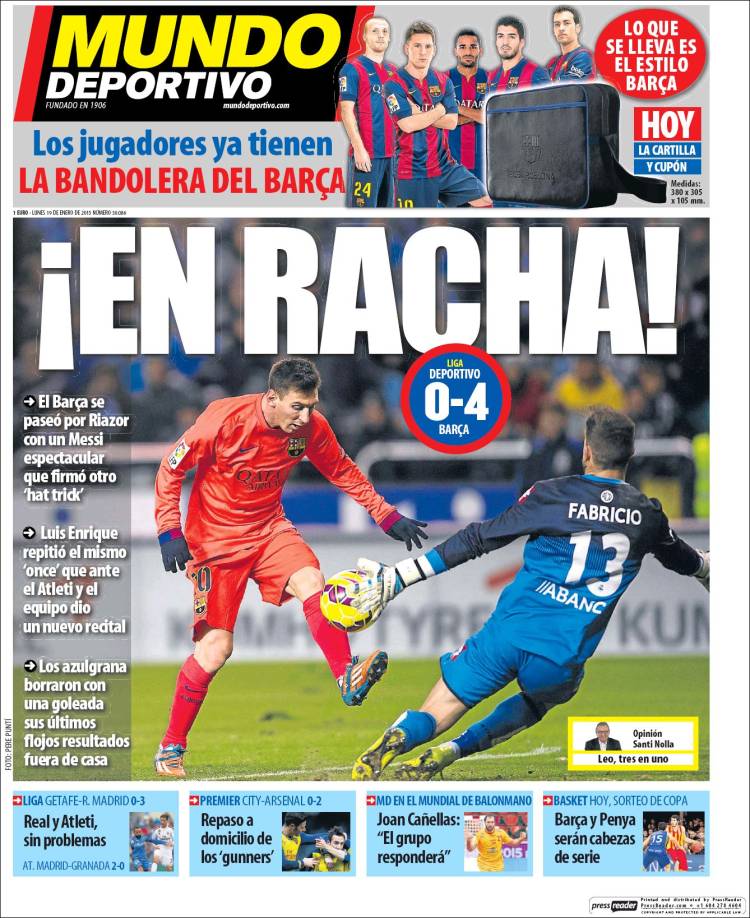 Real and Atleti, without problems

A review away from home by the Gunners