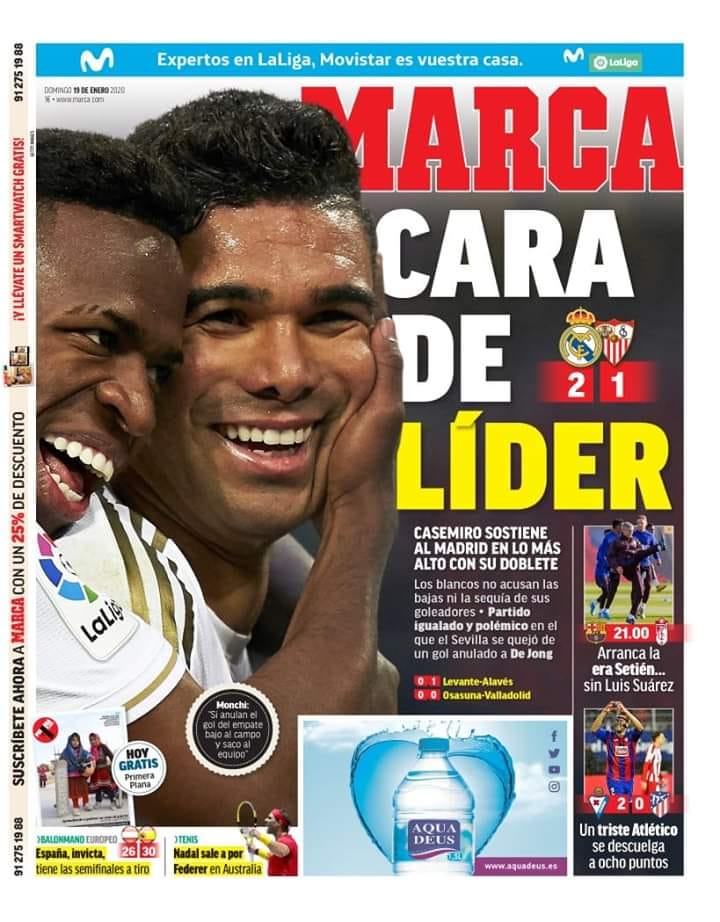 REAL MADRID: THE LEADER'S FACE - Casemiro puts Real Madrid top of La Liga with a brace in the 2-1 win over Sevilla, as Zinedine Zidane's side don't suffer from the absences of Sergio Ramos, Gareth Bale and Karim Benzema.

BARCELONA: Quique Setien begins his tenure at Barcelona, with Luis Suarez ruled out for the clash with Granada. 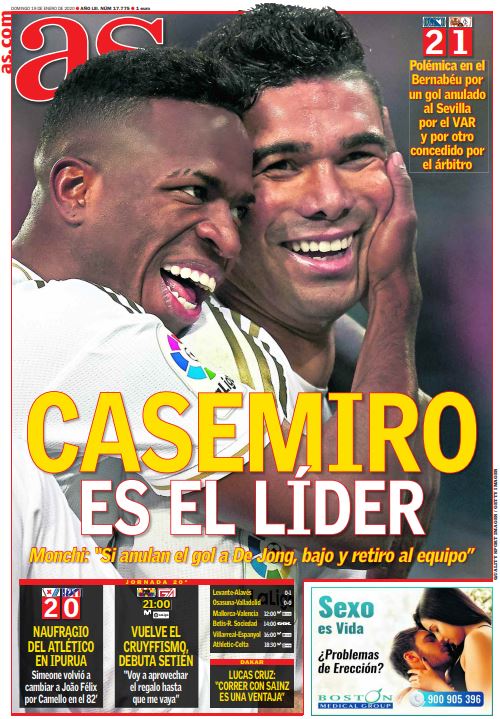 REAL MADRID: CASEMIRO THE LEADER - The Brazilian scores twice as Real Madrid secure a controversial 2-1 win at home to Sevilla, with Julen Lopetegui's side having a goal ruled out for offside.

BARCELONA: THE RETURN OF CRUYFFISM WITH SETIEN - Quique Setien pledges to do best his best at Barcelona. 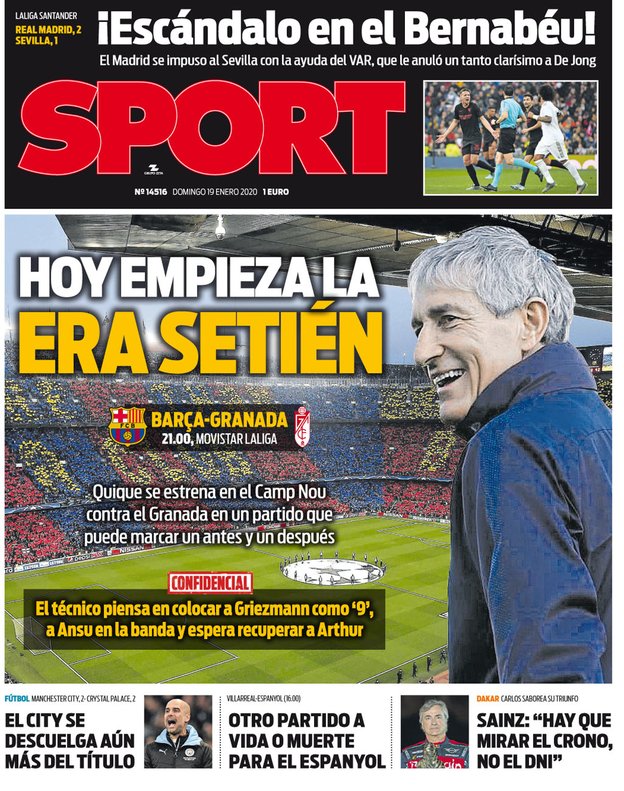 BARCLEONA: Today Is The Beginning for Setien - Barcelona face Granada in Setien's debut game, in what could be a real turning point for the club, with Antoine Griezmann in line to replace Luis Suarez at centre forward, with Ansu Fati starting out wide.

REAL MADRID: Scandal at the Bernabeu - Real Madrid win 2-1 against Sevilla, with the help of VAR, who ruled out Luuk De Jong's first half goal for the visitors.