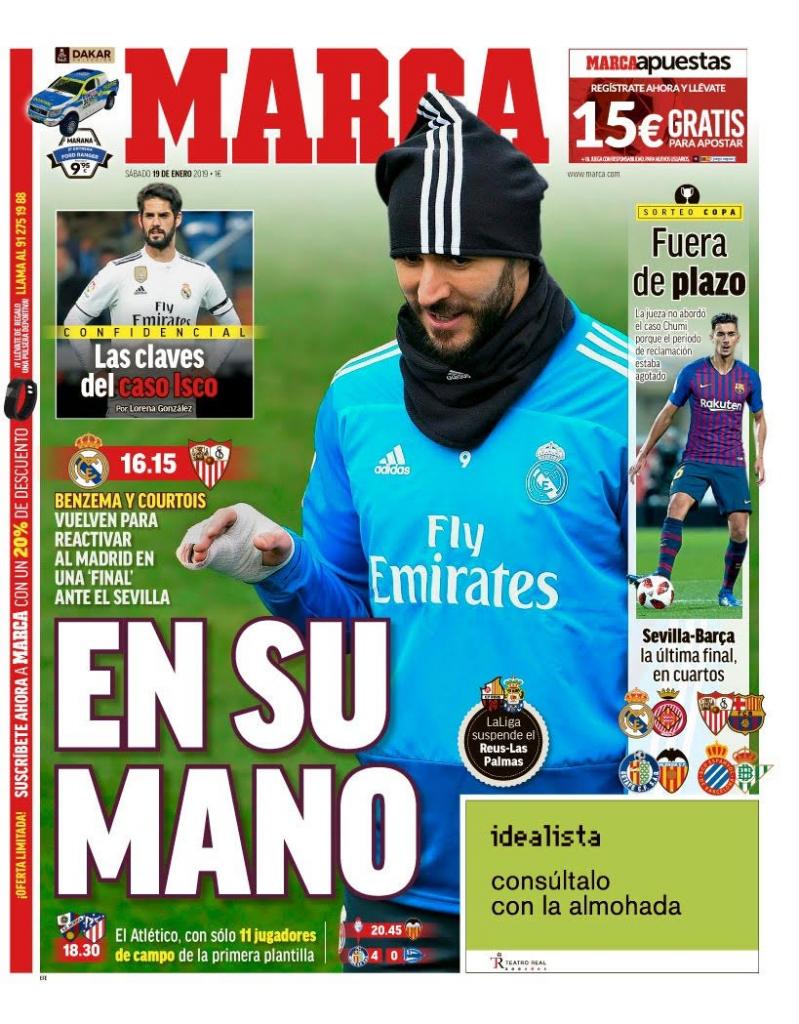 Benzema and Courtois - they return for Madrid against Sevilla

The keys of the Isco case

Out of time - judge rules against Levante in 'Chumi case'

Sevilla-Barca, the last final, in the quarters

Atleti, with only 11 first-team players available 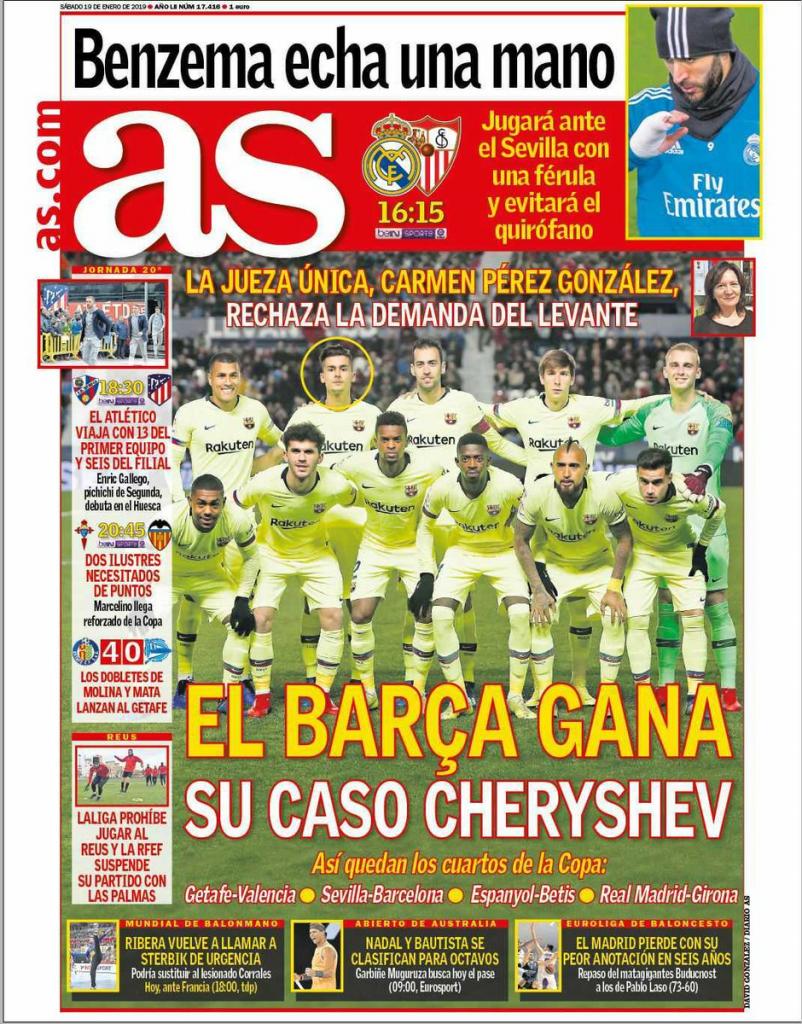 The only judge, denies Levante's case

Doubles of Mata and Molina defeat Alaves for Getafe 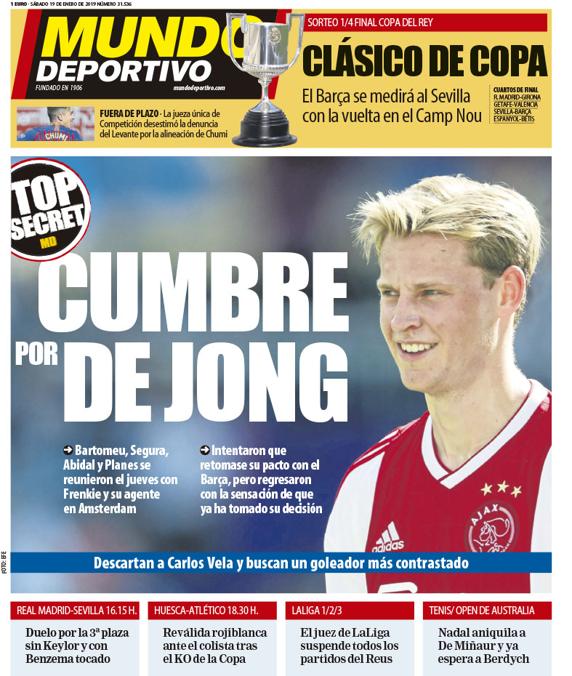 Bartomeu, Segura, Abidal and Planes met with Frenkie and his agent in Amsterdam on Thursday, they intend to get back to Barca with a pact but they returned with a feeling that a decision had already been taken

Duel for third place without Keylor, with Benzema injured