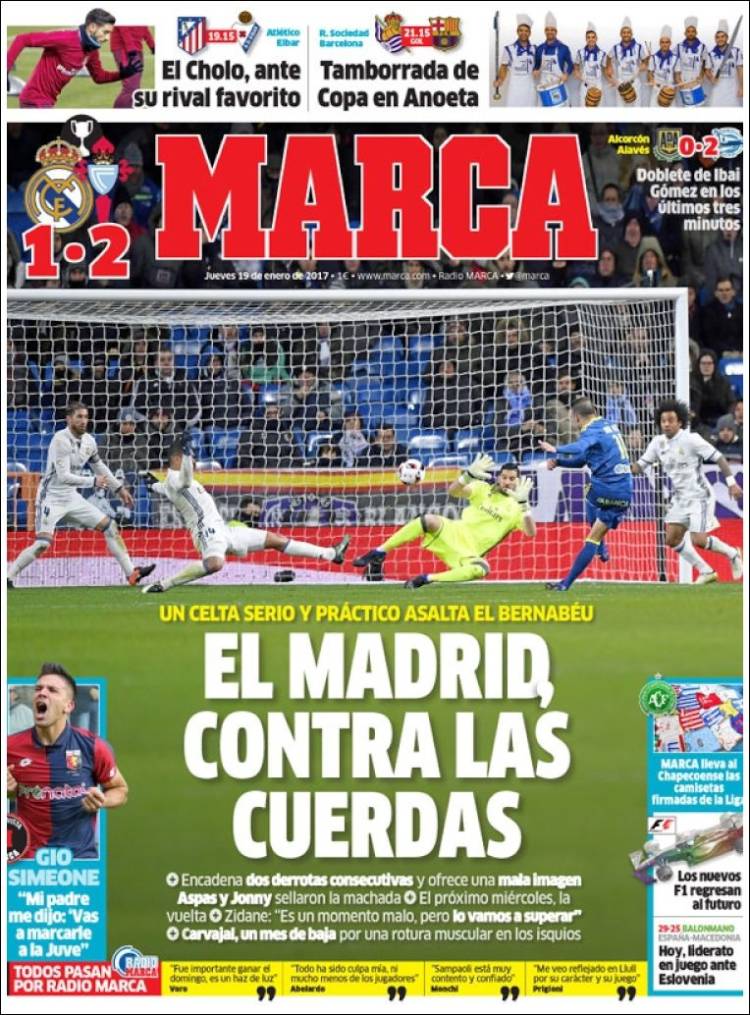 Madrid, on the ropes

Serious and practical Celta deadly in the Bernabeu

The return leg is next Wednesday

Zidane: This is a bad moment, but we'll overcome it

Carvajal out for a month with muscular injury

Gio Simeone: My father told me: 'you will score against Juve' 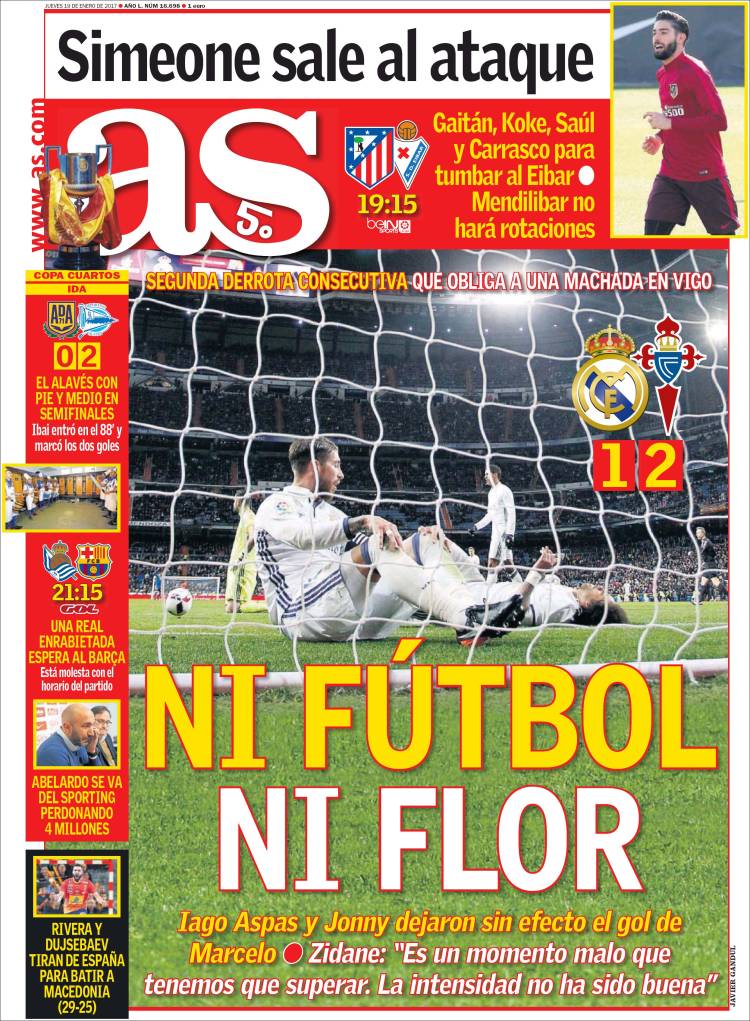 Neither football nor luck

Iago Aspas and Jonny for Celta, Marcelo for RM

Zidane: This is a bad moment but we'll overcome it, the intensity was not good 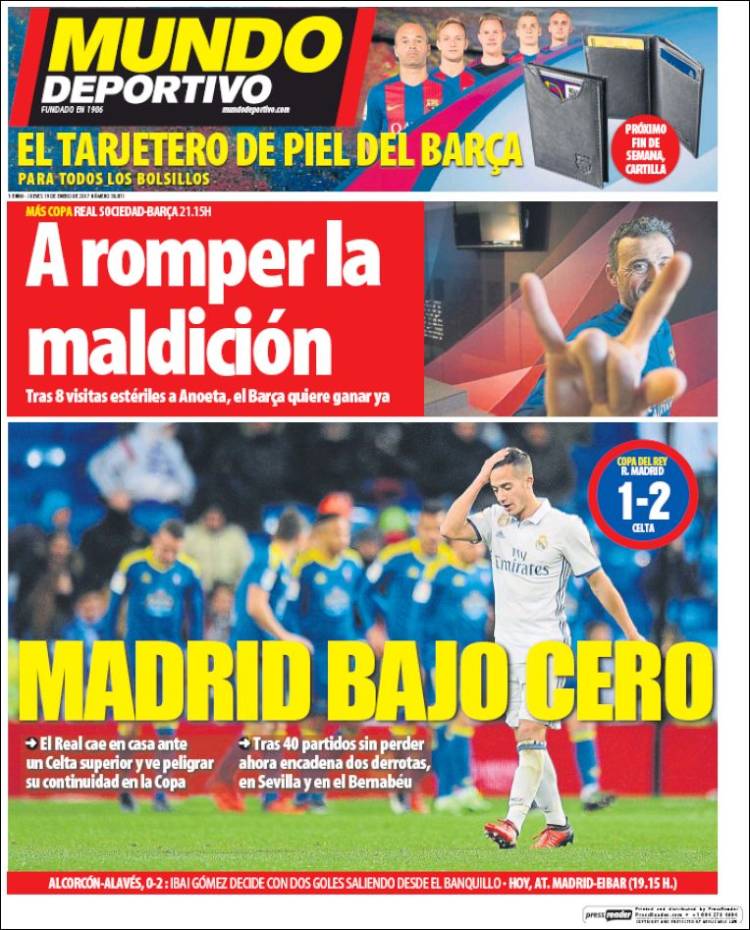 RM lose at home to Celta who were superior, and now they face threat of elimination

After 40 games without defeat, they've now lost at Sevilla and at home to Celta

Ibai Gomez with two goals despite being a sub