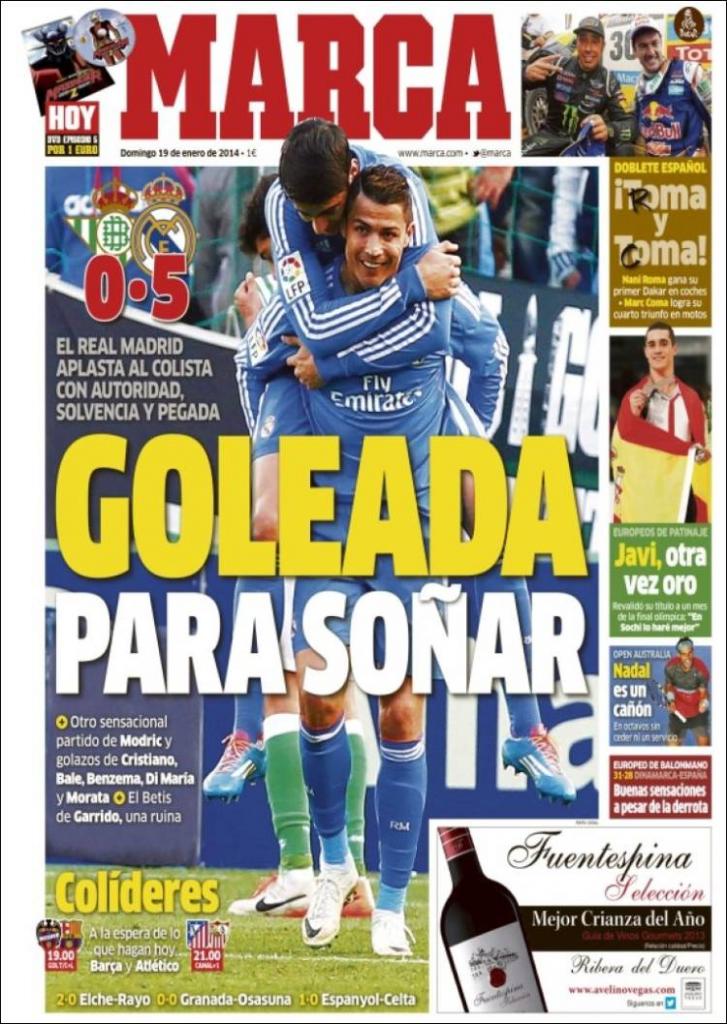 A crushing victory to sing about

Real Madrid destroy the cellar-dwellers with authority and quality

Another sensational game from Modric and wonder goals from Cristiano, Bale, Benzema, Di Maria and Morata

Joint leaders: Waiting for what they do today

Take that and take that!

Nani Roma wins his first Dakar in the car, Marc Coma achieves his fourth triumph in the motorcycle

Javi, another gold: He reclaims his title

Nadal is a bullet: Nadal makes it to the round of 16 without losing once on his serve 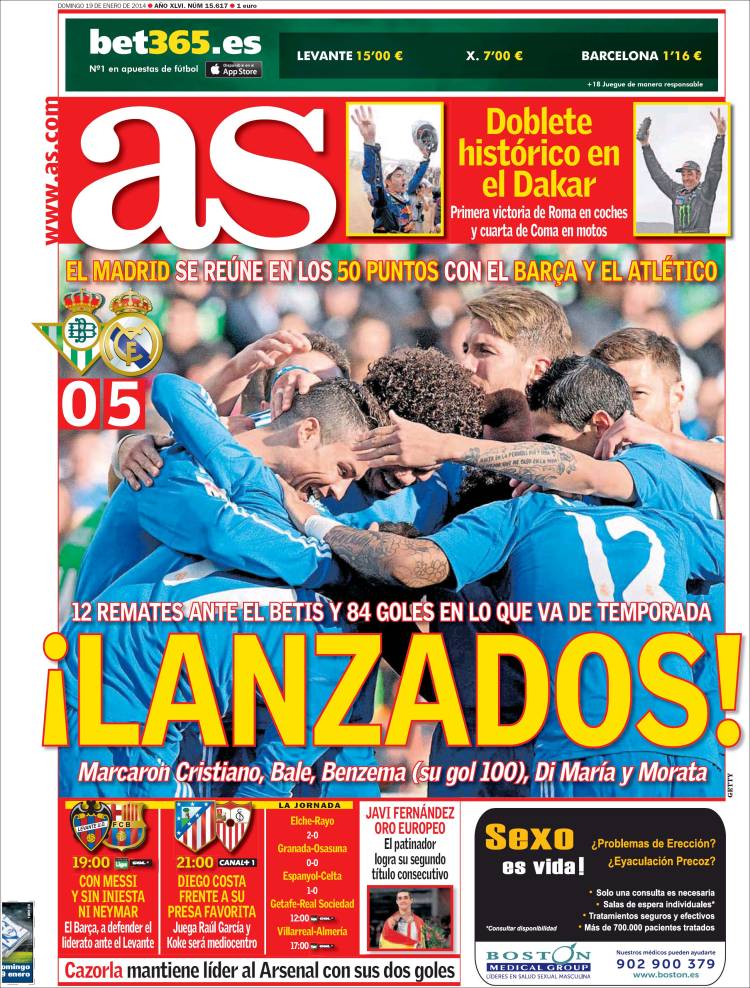 12 shots against Betis and 84 goals so far this season

Madrid join Barca and Atleti at the top on 50 points

An historic double in the Dakar

With Messi but without Neymar nor Iniesta

Barca to defender their league position against Levante 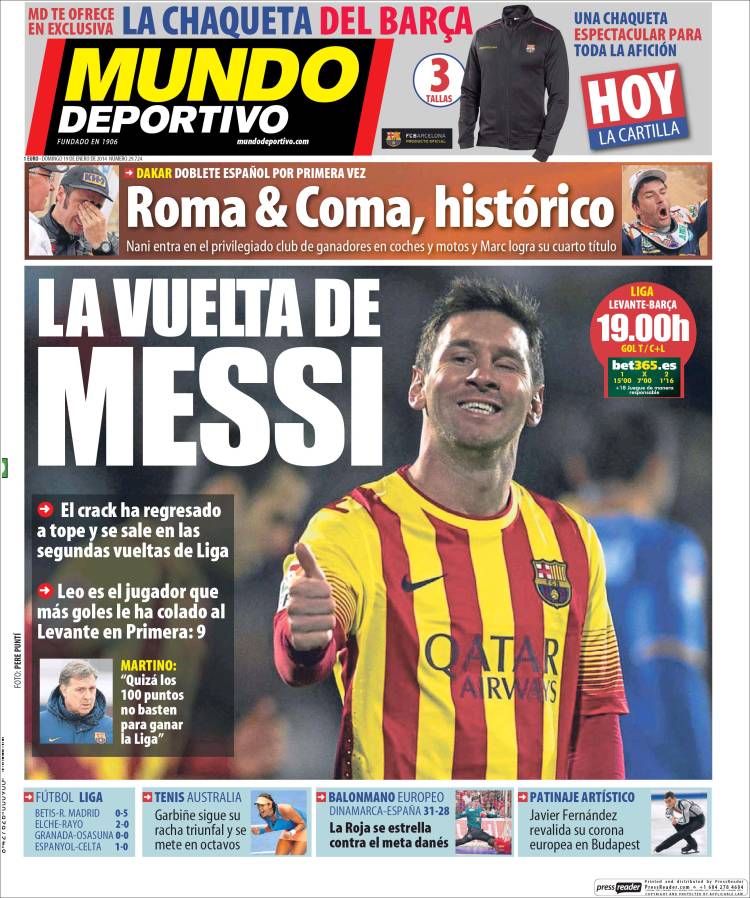 The return of Messi

Leo is the player that has the most goals scored against Levante; 9

Martino: "Maybe 100 points is not enough to win La Liga"

Tennis: Garbine continues her winning streak to book a place in the round of 16

La Roja shine against the Danes in the handball