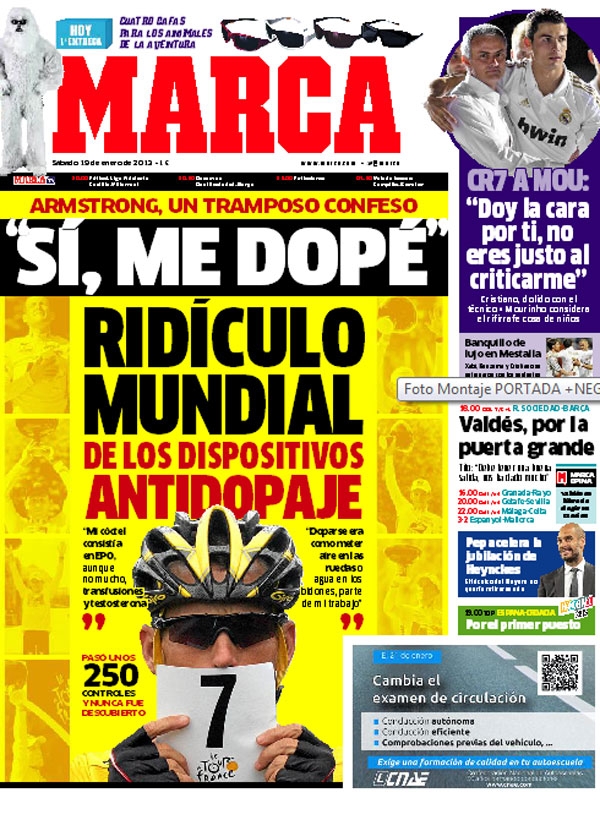 Armstrong: “My intake consisted of EPO, a blood transfusion and testosterone, even though I did not take much”, “To dope it was like putting air into my tyres or drinking water, part of my job”

CR7 to Mou: “I give my all for him, he is not right to criticise me”

Cristiano hurt by Mou – Mou considers it a childish row

Bench of luxury at the Mestalla

Tito: “He must have a good departure, he has given us everything” 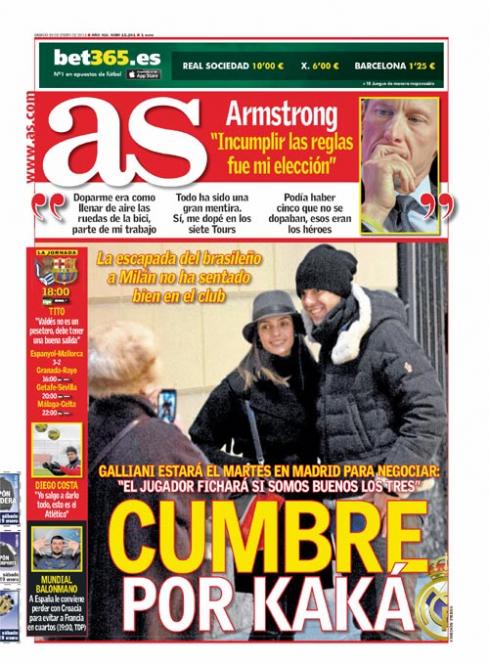 Galliani will be in Madrid this Tuesday to negotiate: “The player will sign if all three parties are good”

Lance Armstrong: “I chose to break the rules”, “doping myself was like pumping up the wheels of my bike, part of my work”, “It has all been one great lie. Yes, I doped myself in all seven Tours”, “There could have been five that were not taking dope, and these were the heroes”

Real Sociedad v Barcelona: “Valdes is not a money-grabber, he must have a good exit”

Diego Costa: “I give everything for Atletico”

Handball world cup: Convenient if Spain lose to Croatia to avoid France in the knockout 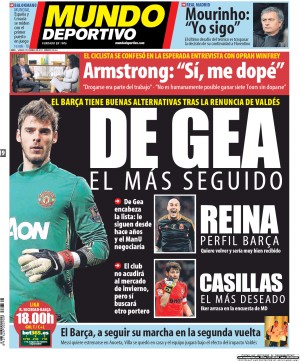 De Gea heads the list: Barca have followed him for years and Man U would negotiate

The club not to go to market this winter, but will look for another goalkeeper

Reina has the right profile for Barca: He wants to return and he would be well-received

Casillas is the most desired: Iker tops the votes by fans

Barca, to continue marching in the second half of the season

Messi wants to star at the Anoeta, Villa left at home and the team will play unaffected by the impact of Valdes’ recent decision to leave

The cyclist confesses in the much anticipated interview with Oprah Winfrey

Armstrong: “Taking dope was part of my job”, “It is not humanly possible to win seven Tours with taking dope”