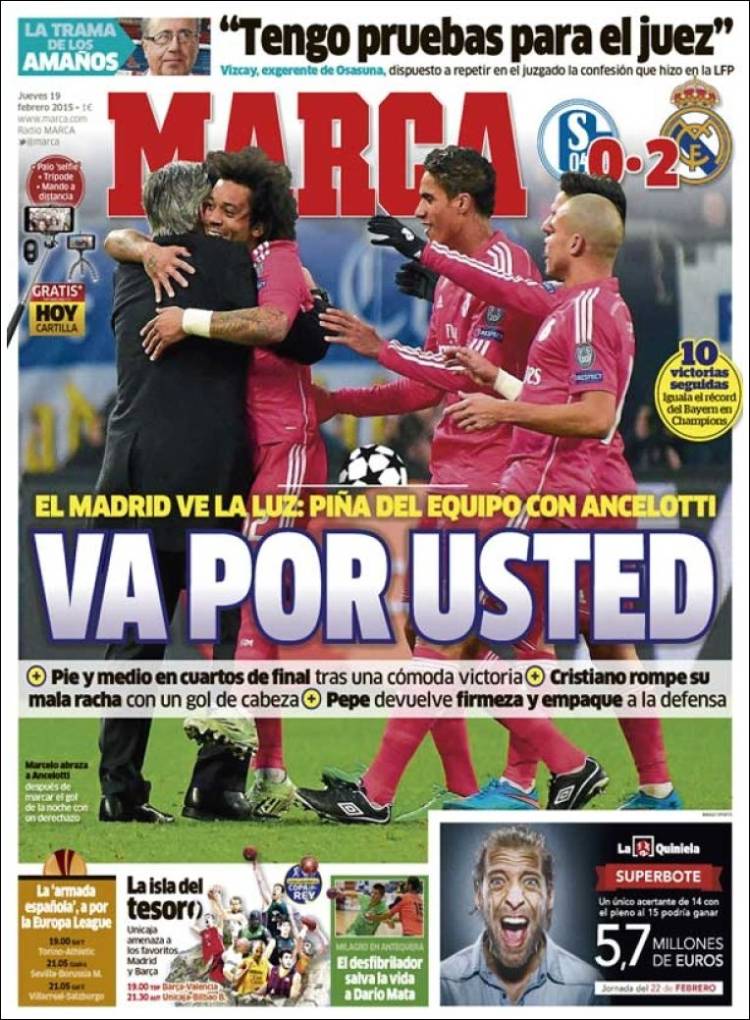 That was for you

Madrid see the light [at the end of the tunnel]

The team rally round with Ancelotti

Cristiano breaks his slump with a header

Pepe returns and gives steadiness to the defence again

“I have evidence for the judge”

Vizcay, ex-director of Osasuna, ready to repeat in court the admission he gave to the LFP 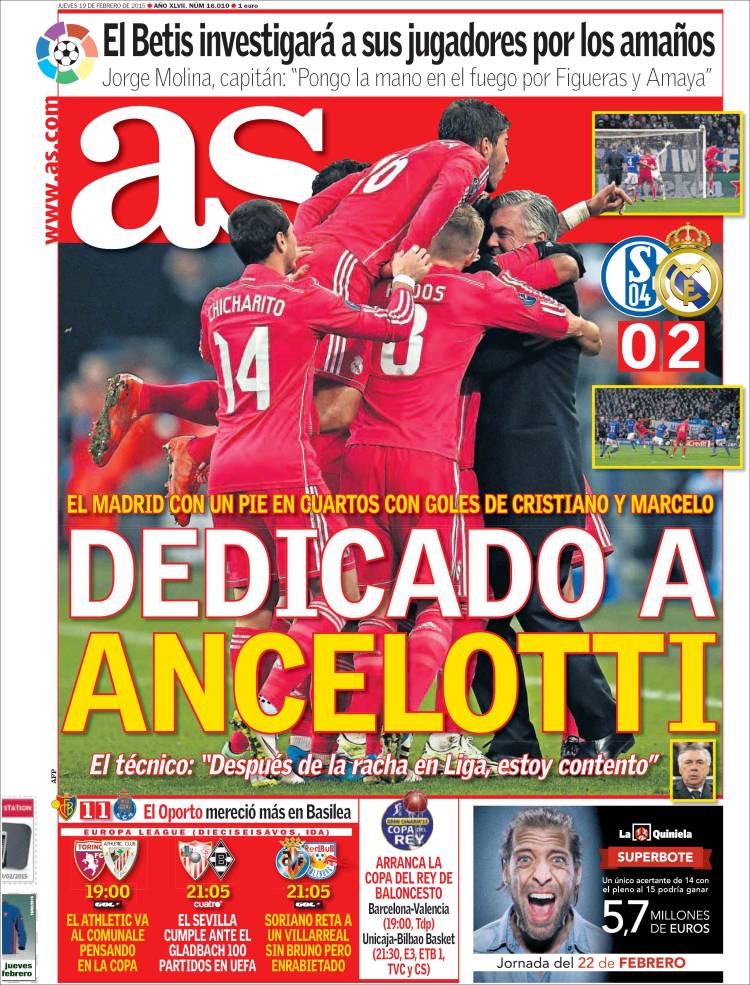 The Coach: “After the run in the League, I’m happy”

Betis investigate their players for match-fixing

Jorge Molina, captain: “I’d put my hand in the fire for Figueras and Amaya” 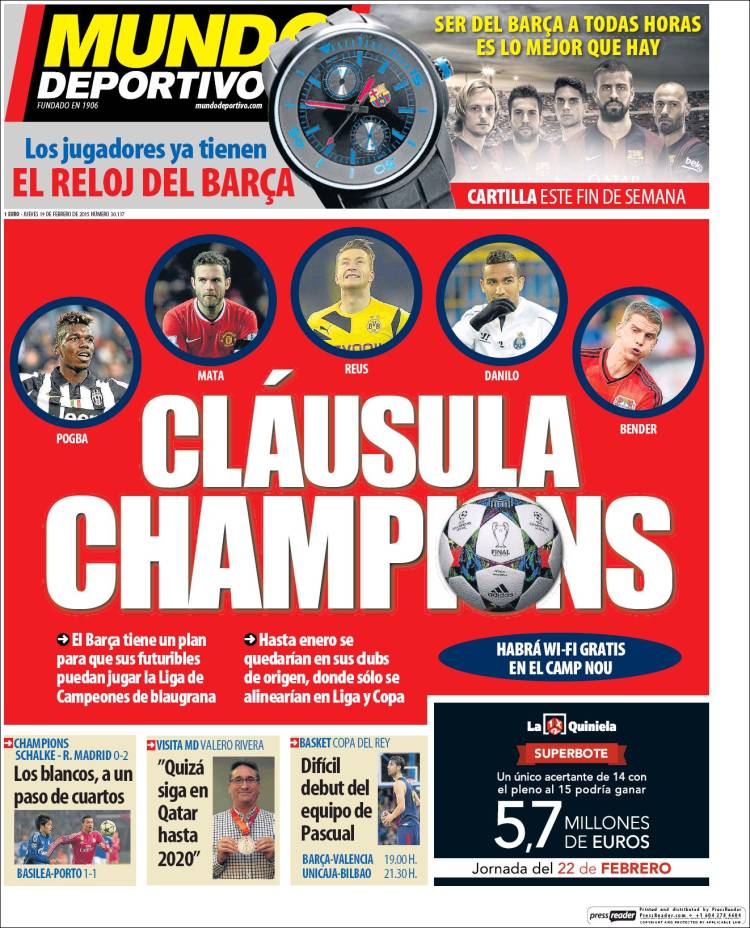 They’d stay at their current clubs until January, where they’d only play in the League and Cup