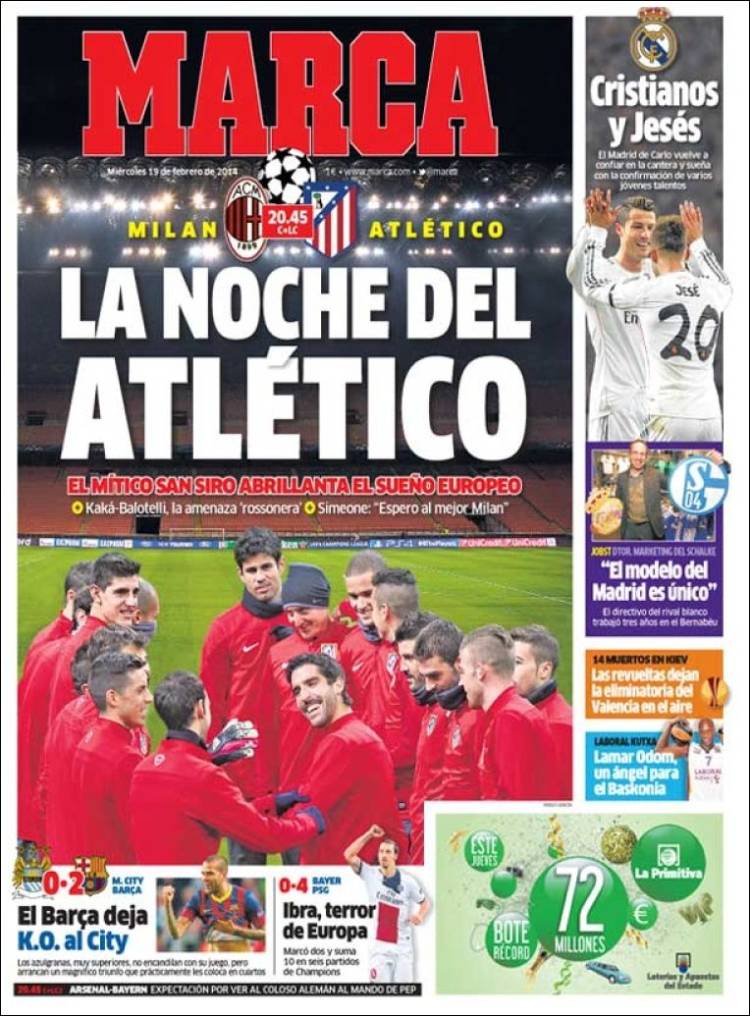 The mythical San Siro and their European dream

Simeone: "I hope to see the best Milan"

"The Madrid model is unique," Schalke's Marketing Manager, who worked at the Bernabeu for three years

up in the air

The Azulgranas were far superior and though they did not play their usual game, they recorded a magnificent triumph and are now practically in the next round

Ibra, the terror of Europe 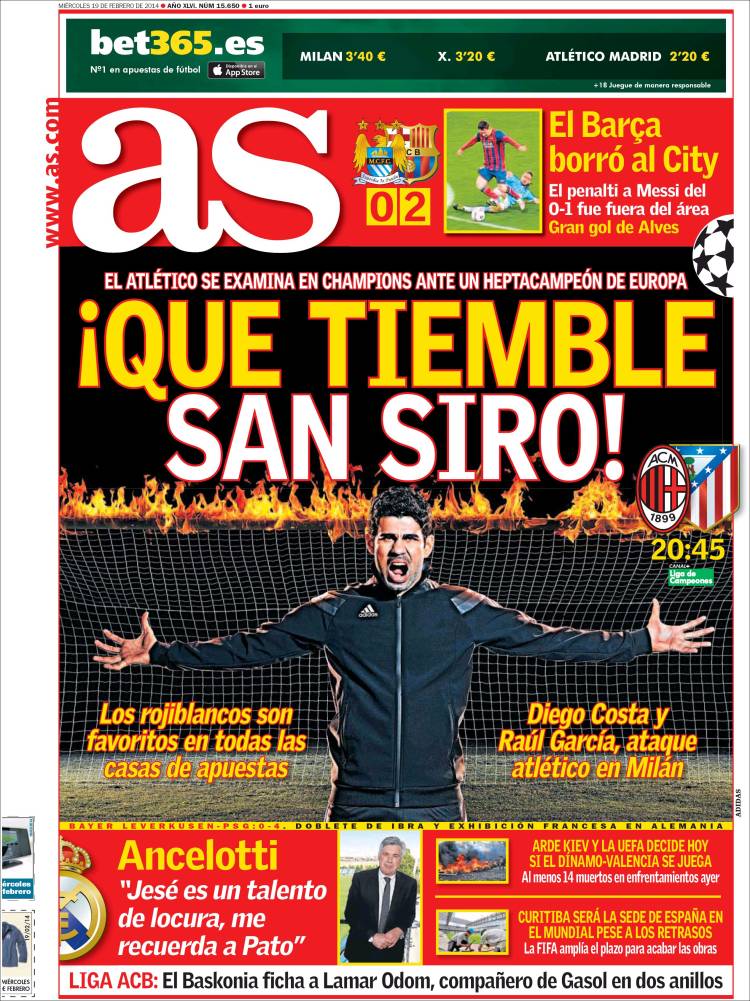 Los Rojiblancos are the bookies' favourites

Ancelotti: "Jese is an incredible talent, he reminds me of Pato"

At least 14 dead in clashes yesterday 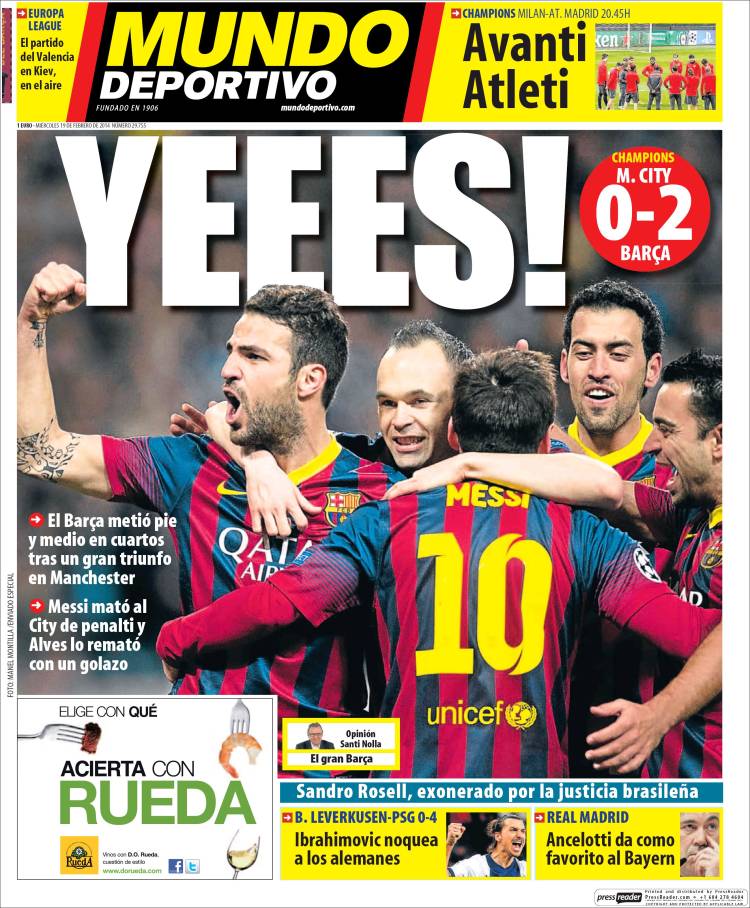 Ibrahimovic knocks out the Germans

Ancelotti is betting on Bayern