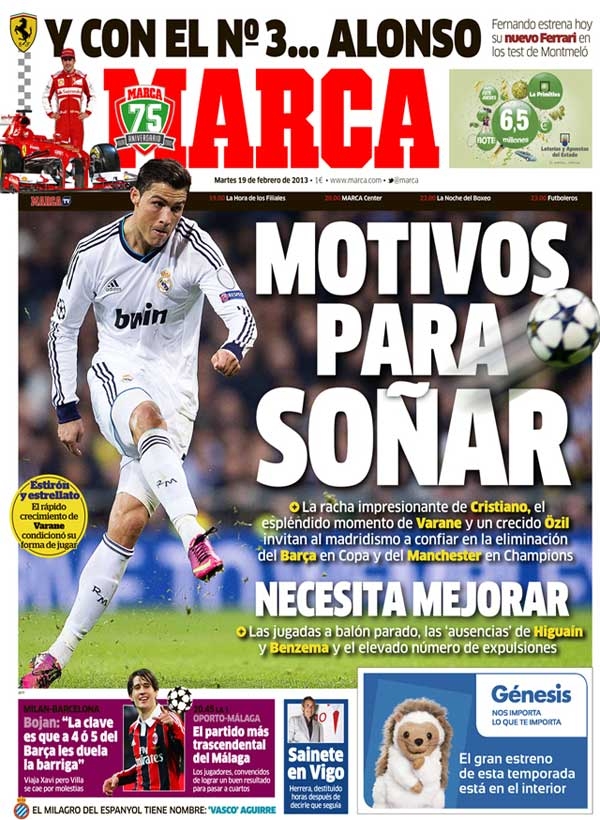 The impressive run of Cristiano, the splendid moment of Varane and the rise of Ozil give Madrid confidence in the knockout against Barcelona in the Copa and Manchester in the Champions

Those that need to improve

Dealing with set pieces, the absences of Higuain and Benzema and the number of red cards

The rise to stardom of Varane

Milan v Barcelona: Bojan, "The key is that 4 or 5 of Barca's players can be hurt"

Xavi travels but Villa is left out

Porto v Malaga: The most important game for Malaga

The comedy of Vigo: Herrera dismissed hours after he was told to continue

The miracle of Espanyol has a name: 'Vasco' Aguirre

And with number 3....Alonso

Fernando opens today his new Ferrari in tests in Montmelo 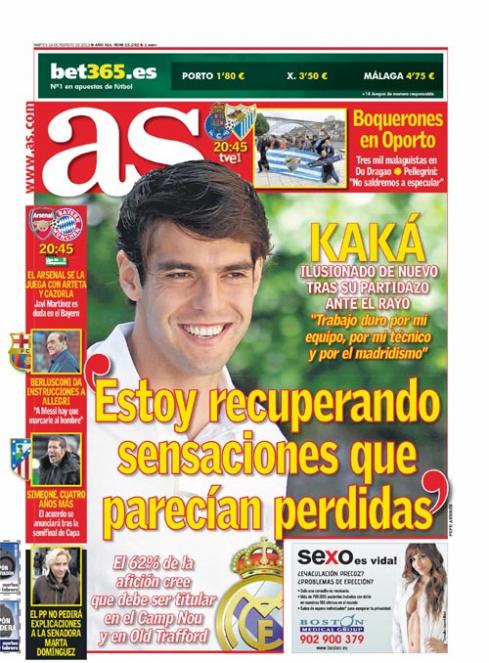 Kaka dreaming again after his great game against Rayo

Kaka: "I work hard for my team, for my coach and for the fans"

Kaka: "I am recovering the feeling for the game that seemed lost"

Three thousand Malaguistas off to the Dragao

Pellegrini: "We wil go out and be spectacular"

Javi Martinez is a doubt for Bayern

Berlusconi instructs Allegri: "Messi has to be man marked"

EL PP will not ask for explanations from Marta Dominguez 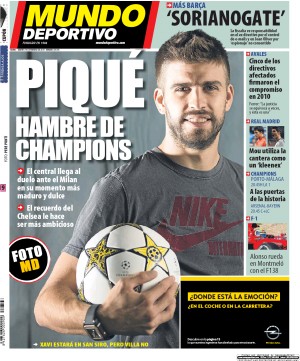 Pique hungry for the Champions

The memory of Chelsea makes him more ambitious

Xavi to play at the San Siro but not Villa

Porto v Malaga: On the brink of history

Real Madrid: Mou uses players from the Cantera like a disposable tissue

Ferrer: "Sometimes the wrong justice is given, this is one of those times"

Formula 1: Alonso wheels around Montmelo with his F138