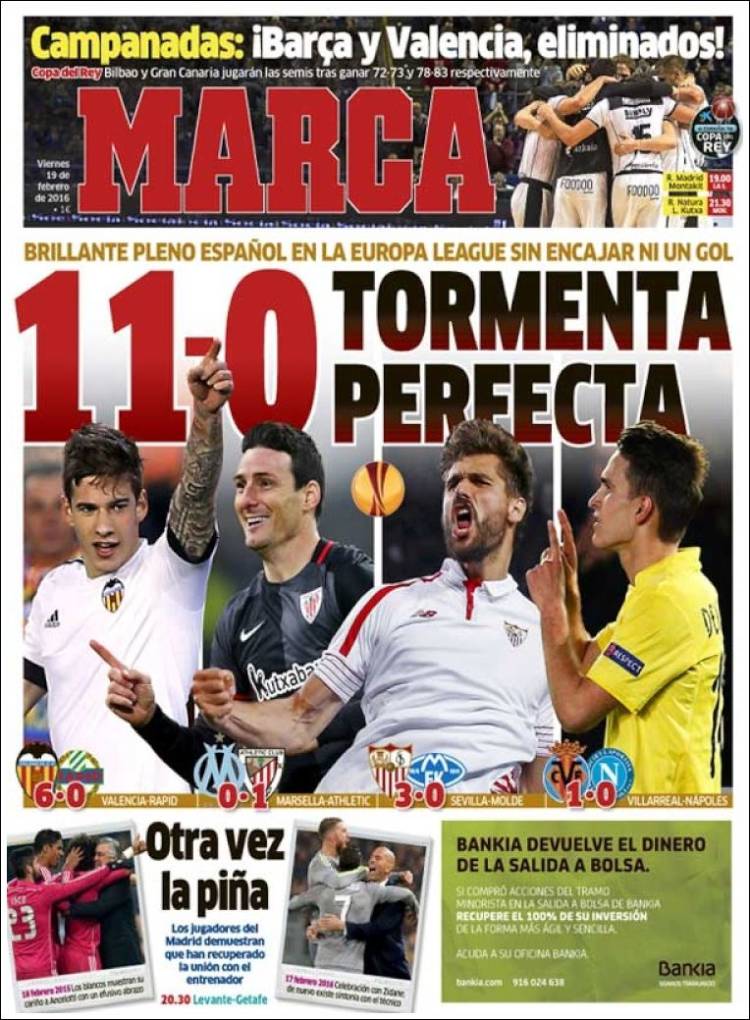 A close-knit group once again

February 18, 2015, Los Blancos show their affection for Ancelotti with a warm hug

February 17, 2016, celebration with Zidane, again there is harmony with the Coach 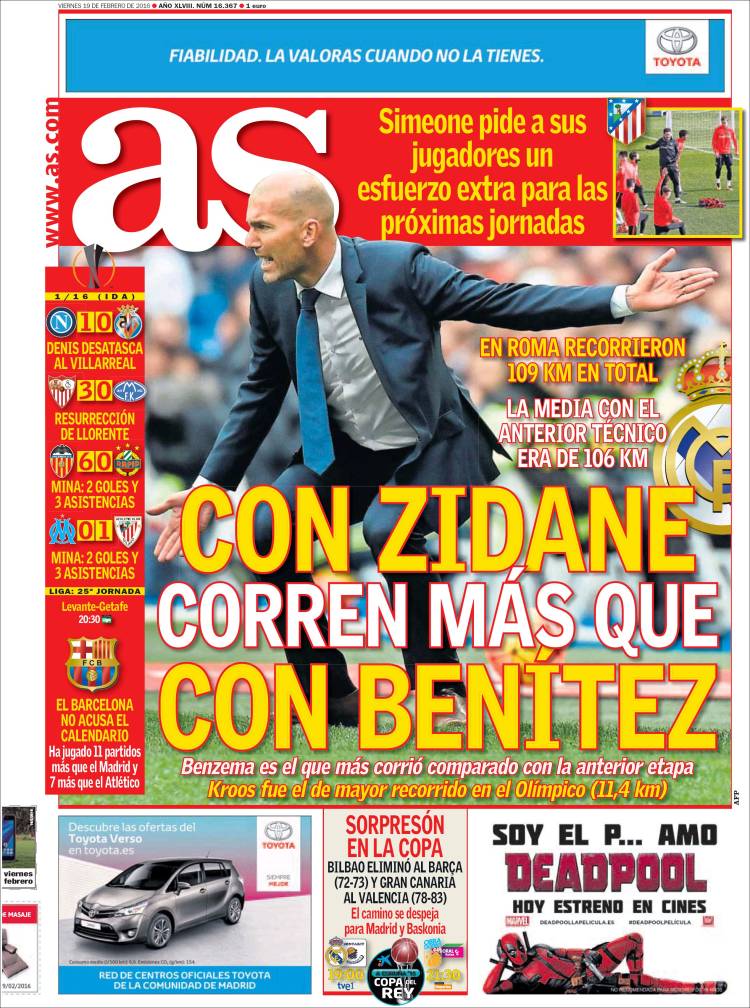 At Roma, they travelled 109km in total

The average under the previous Coach was 106km

Kroos covered the most distance at the Olimpico (11.4km)

The resurrection of Llorente

Barcelona do not blame the calendar 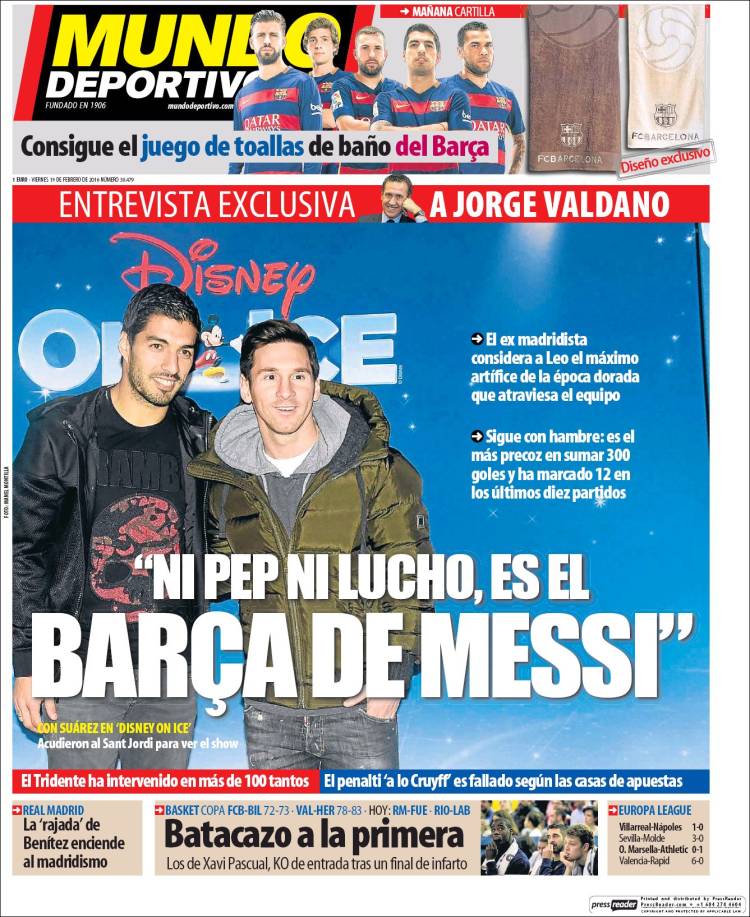 “Neither Pep’s nor Lucho’s, this is Messi’s Barca”

Still hungry: the quickest player to score 300 goals and has netted 12 times in the last 10 games

With Luis Suarez at Disney on Ice

They went to Sant Jordi to see the show

The trident have participated in more than 100 goals

The ‘Cruyff’ penalty was missed, according to bookies