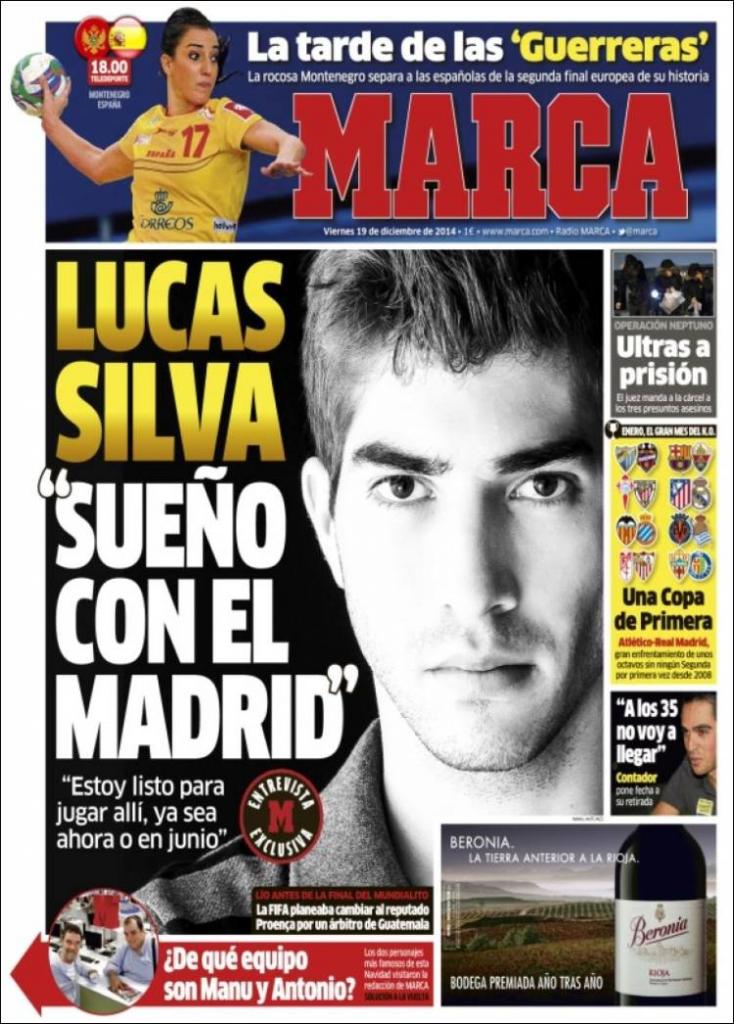 “I’m ready to play there, whether it’s now or in June”

Controversy before the final of the Club World Cup

The judge sends the three alleged murderers to prison

Atletico-Real Madrid the great clash in the last 16, which is without any Segunda side for the first time since 2008 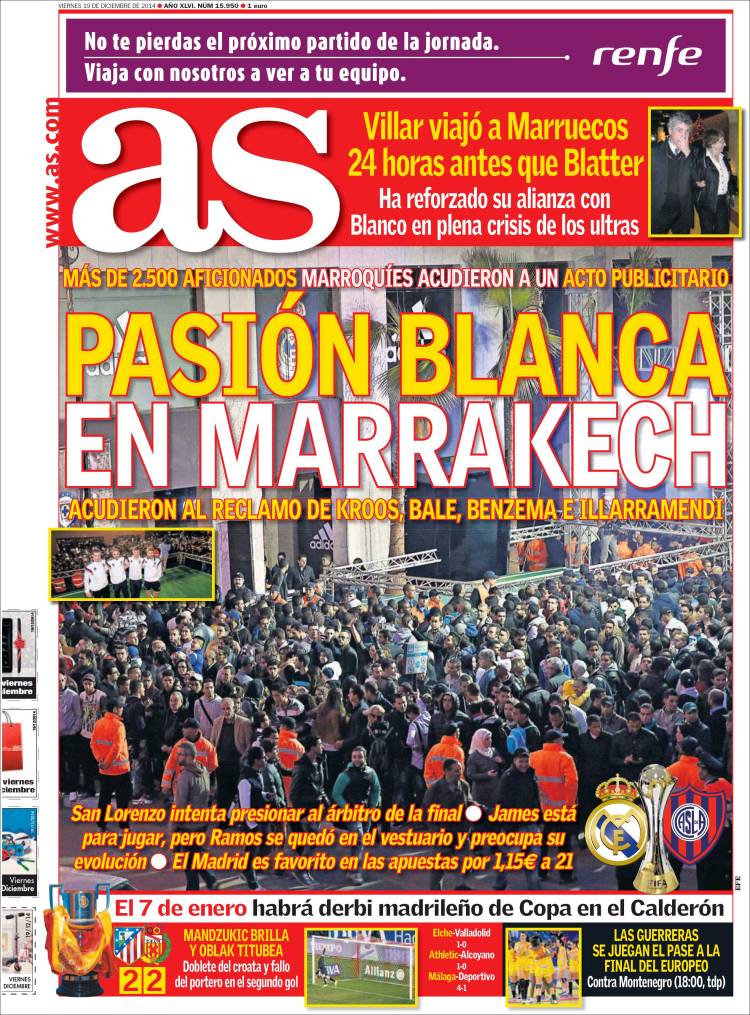 They were there to honour Kroos, Bale, Benzema and Illarramendi

James is ready to play, but Ramos is left in the dressing room and there is a worry over his recovery 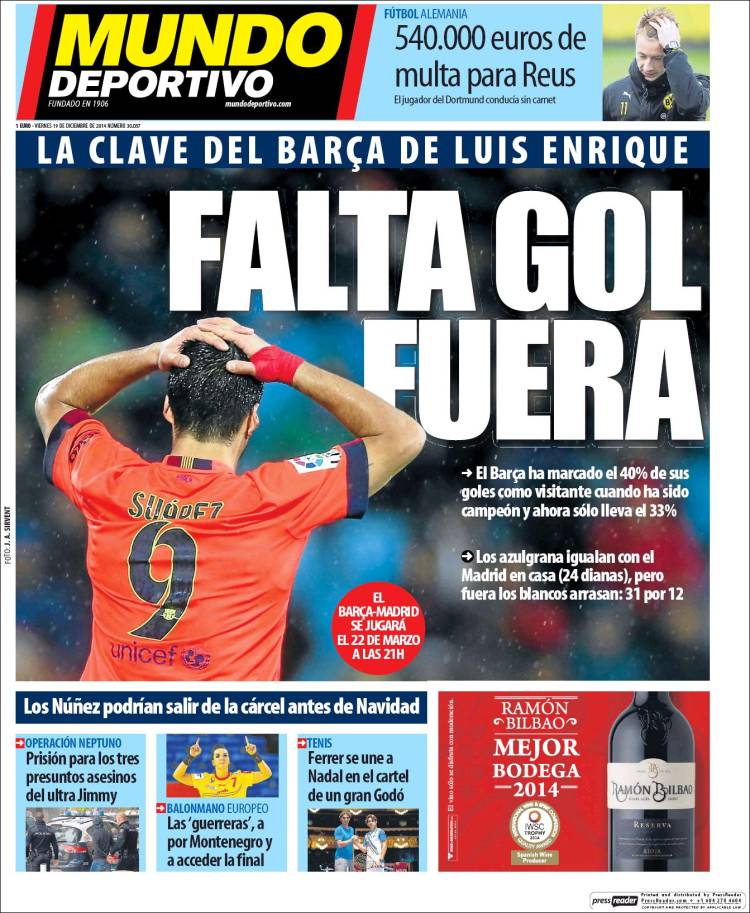 Lack of goals away from home

The key to Luis Enrique’s Barca

The Blaugrana are equal with Madrid at home (24 goals) but away Los Blancos demolish them: 31 to 12

Barca-Madrid will be played on March 22 at 9pm

The Dortmund player drives without a licence

The Nunez’s could leave prison before Christmas

Operation Neptune: prison for three of the alleged murderers of the ultra ‘Jimmy’