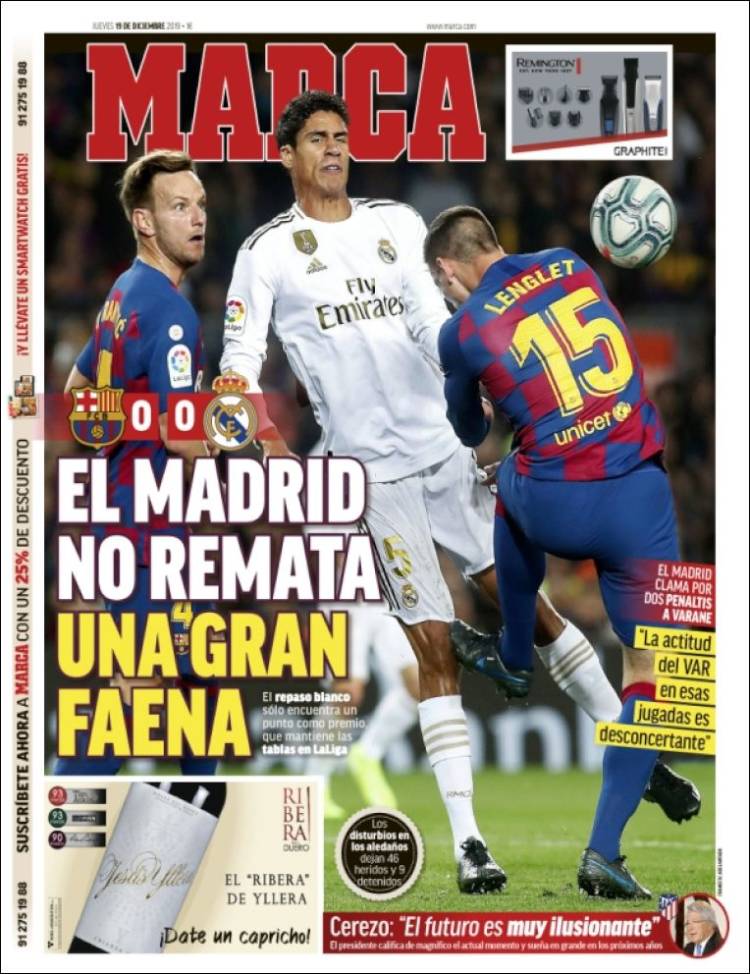 Only take a point in a very good performance 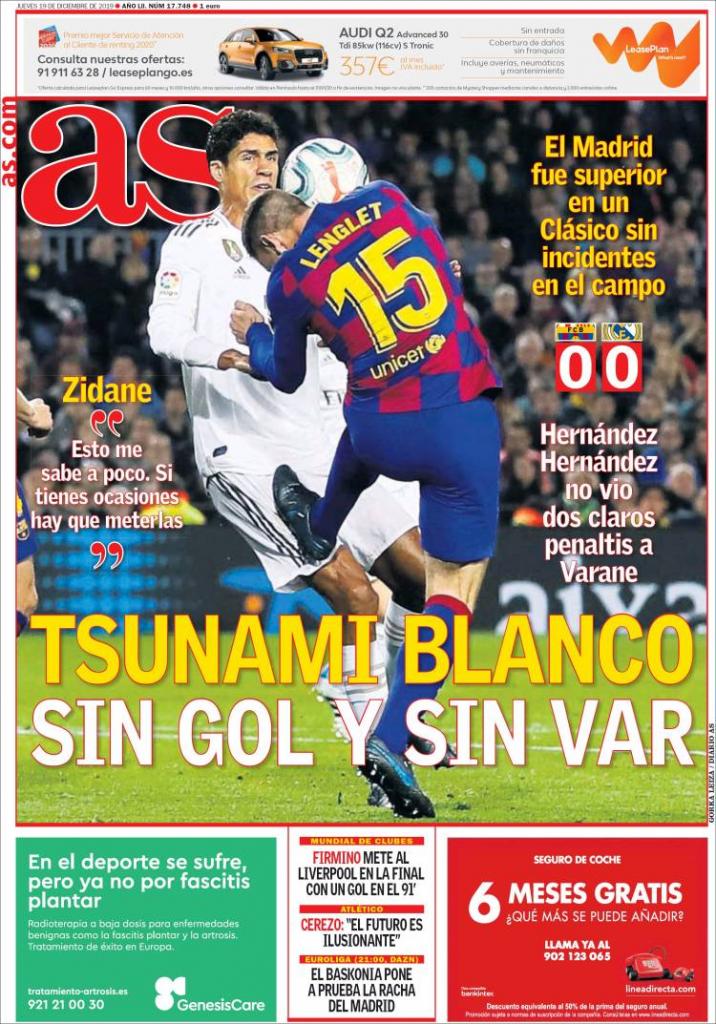 White tsunami with no goals and no VAR

Madrid were superior in a game without incidents on the pitch

Cerezo: "The future is exciting" 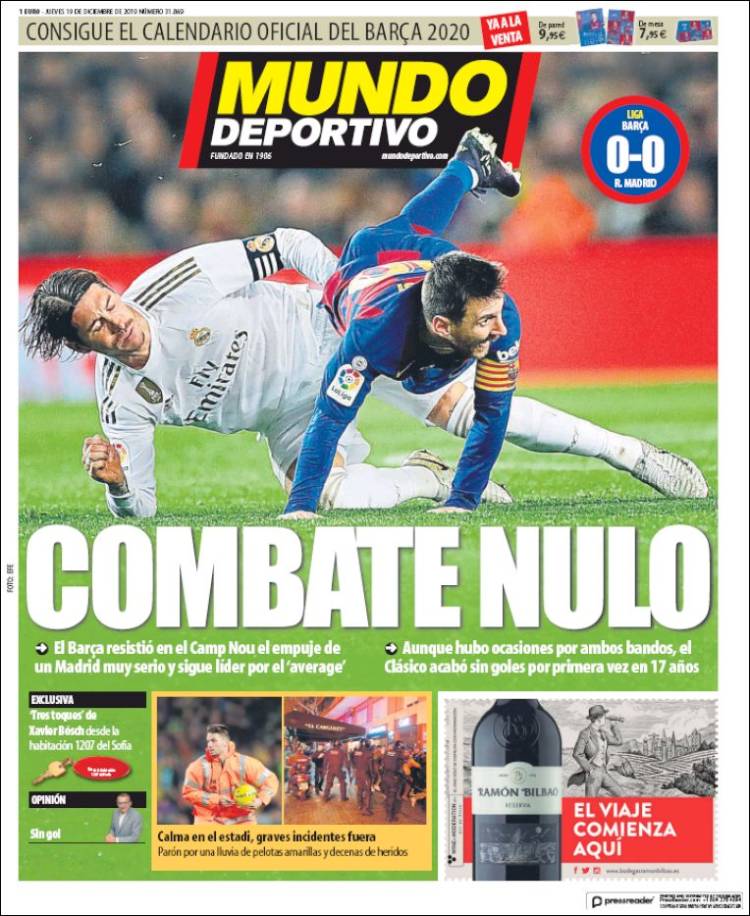 Barcelona resist a serious Madrid in the Camp Nou in an average performance, no goals in Clasico for first time in 17 years

Calm in the stadium, violence outside