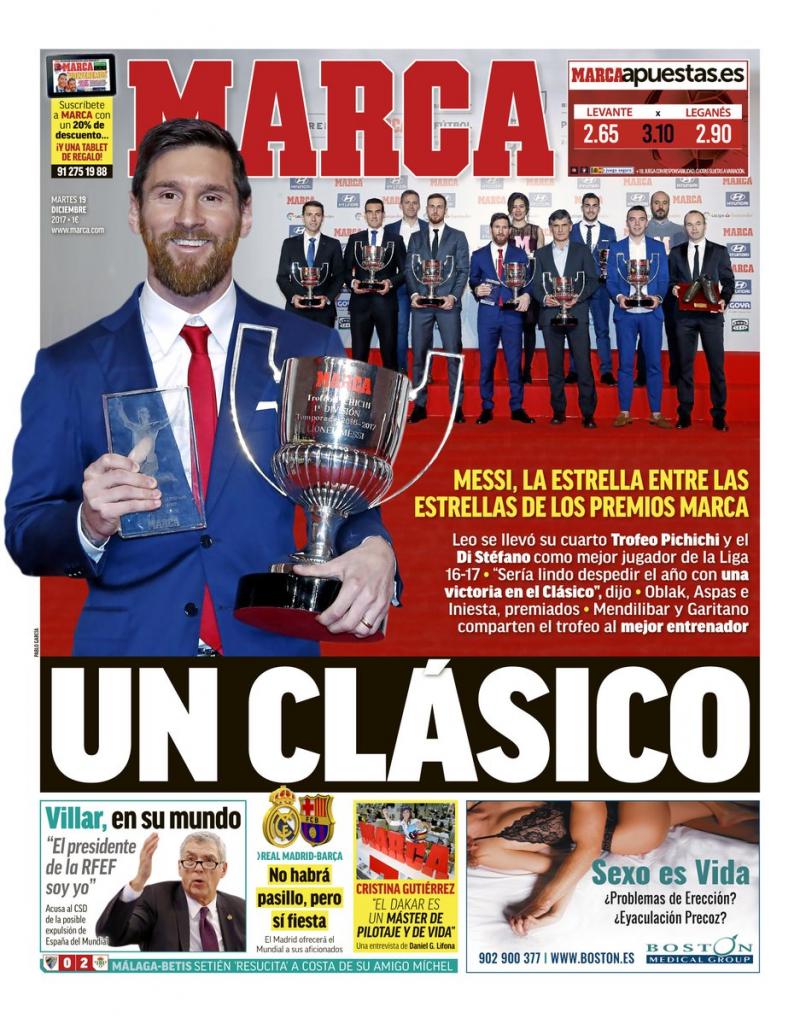 Messi, the star among stars at the Marca awards

Leo takes his fourth Pichichi award, "it would be nice to end the year with a victory in El Clasico", Oblak, Iniesta and Aspas winners, Mendilibar and Garitano share the best Coach award

Villar, in his world

Setien resuscitate's Betis with win over friend Michel and Malaga 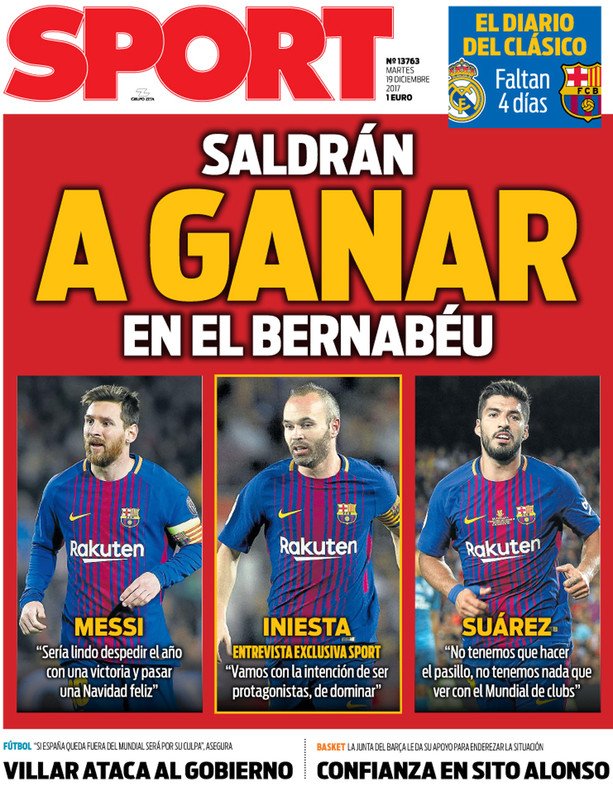 Barca go to win in the Bernabeu

Messi: It would be nice to end the year with a victory and have a happy christmas

Iniesta: We go with the intention of being proactive and to dominate

Suarez: We don't have to be scared of the top clubs 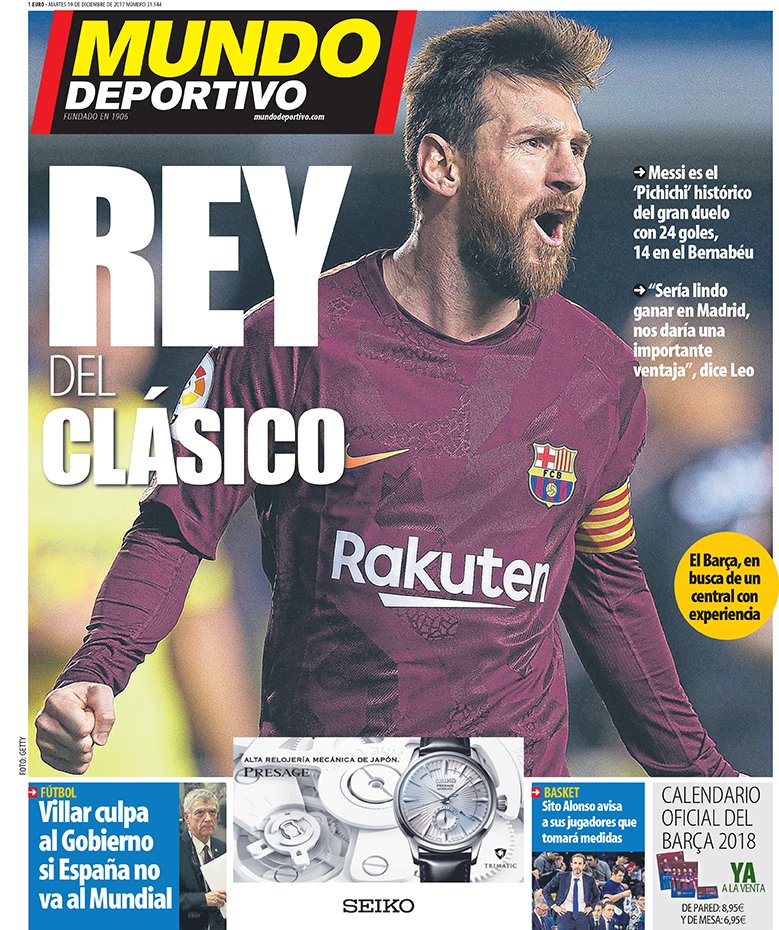 King of the Clasico

Messi is the Pichichi of the fixture, with 24 goals, 14 at the Bernabeu

Messi: "It would be nice to win in Madrid, giving us an important victory"

Barca, searching for a defender with experience