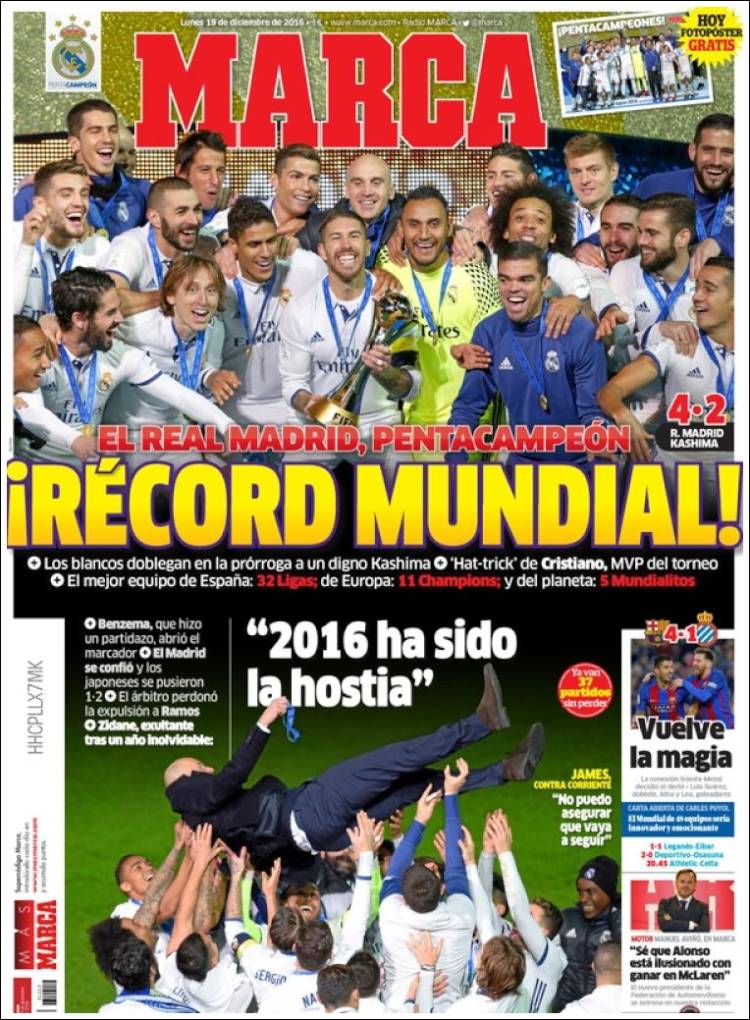 Hat-trick from Ronaldo – MVP of the tournament

A great game by Benzema, who opened the scoring

Real got confident, Kashima went up

Zidane, exultant after an unforgettable year 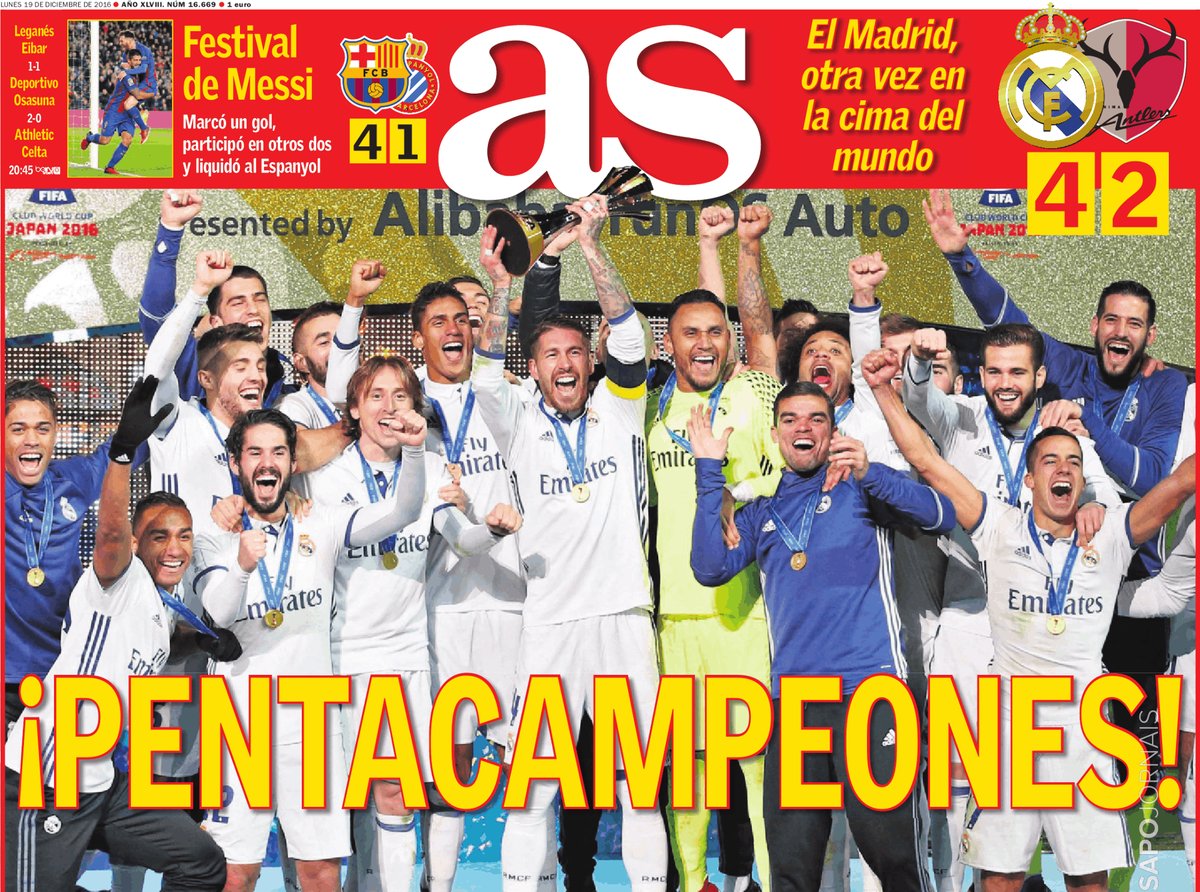 Real Madrid again at the top of the world!

Festival of Messi – scores a goal, creates others and finishes Espanyol 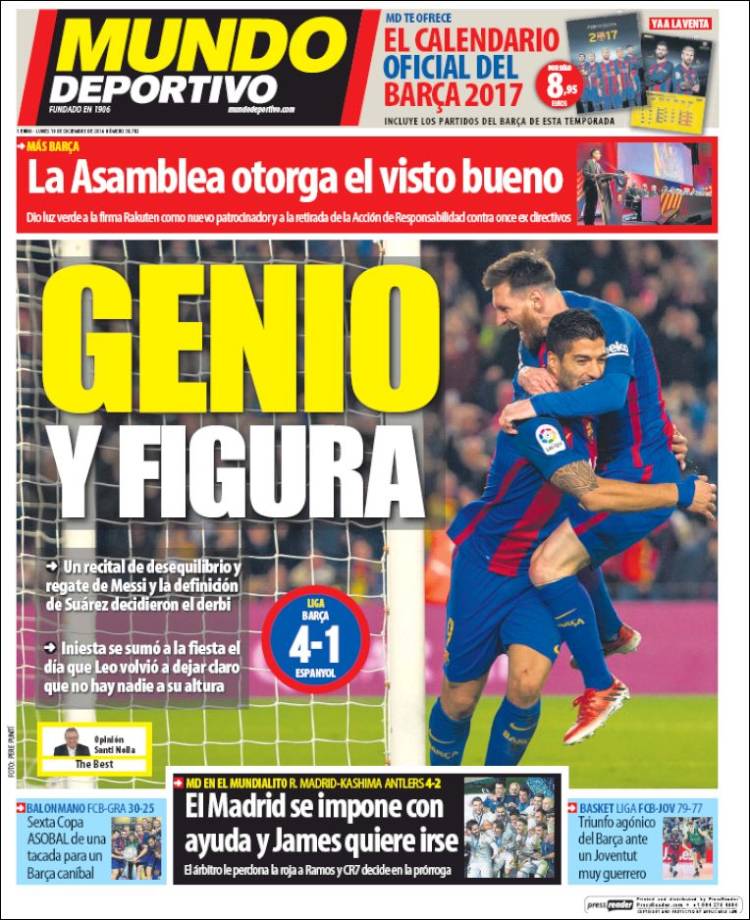 Genius and (the) leading figure

A recital of balance and dribbling of Messi and definitive Suarez