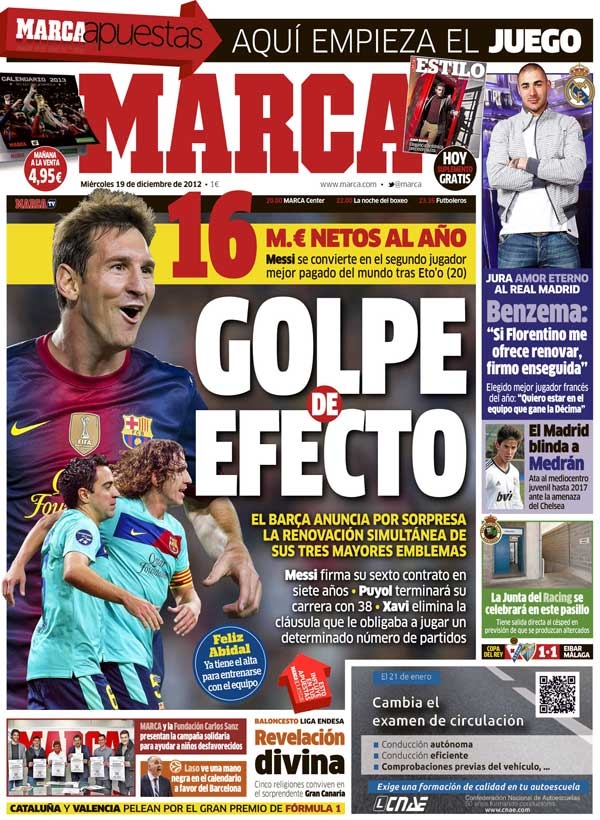 Puyol to end his carrer at 38

Benzema: “If Florentino offers me a new contract I will sign it immediately

Benzema elected the best French play of the year: “I want to be in the team to win La Decima”

Madrid to protect Medran: The club ties with midfielder until 2017 with the club in the face of interest from Chelsea

The board of Racing celebrate this corridor: They have a direct route to the field in anticipation that of an altercation

Laso sees a ‘black hand’ in a calendar that favours Barcelona

Catalonia and Valencia fight for the Formula 1 grand prix 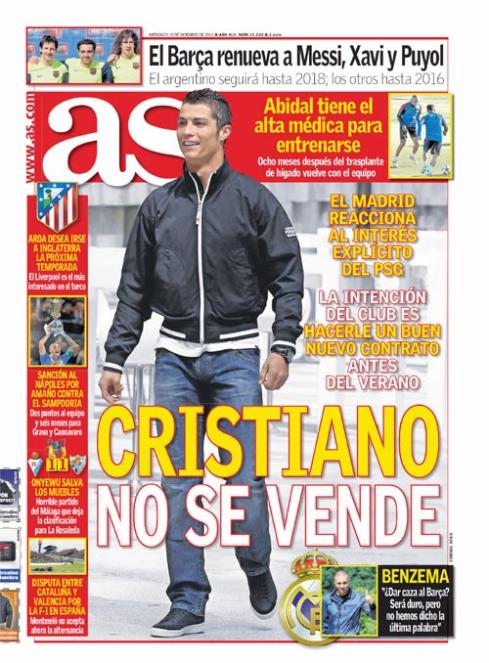 Cristiano not for sale

Real Madrid react to the interest of PSG

Benzema: To catch Barca? It will be tough, but, we have the last word”

Arda wishes to leave for England next season

Oneywu saves the day; a horrible game for Malaga that prevents them from qualifying

Dispute between Valencia and Barcelona for the Formula 1 of Spain 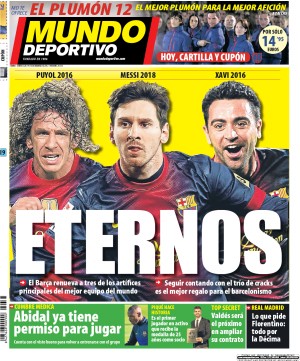 Pique makes history: The first active player to receive the medal of being 25 years as a club member

Top secret: Valdes to be the next to renew his contract

Real Madrid: What Florentino asks for, everything for ‘La Decima’