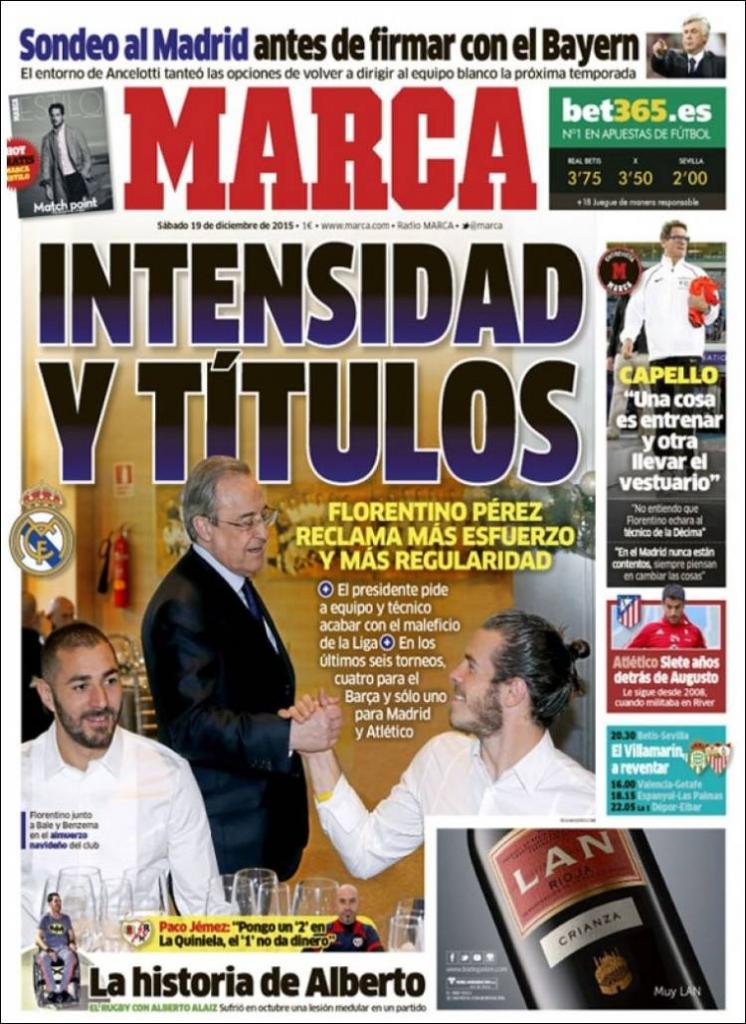 Capello: “Coaching is one thing, managing the dressing room is another”

“At Madrid they are never happy, always thinking about changing the Coach

Followed him since 2008, when he played for River

The Villamarin ready to explode 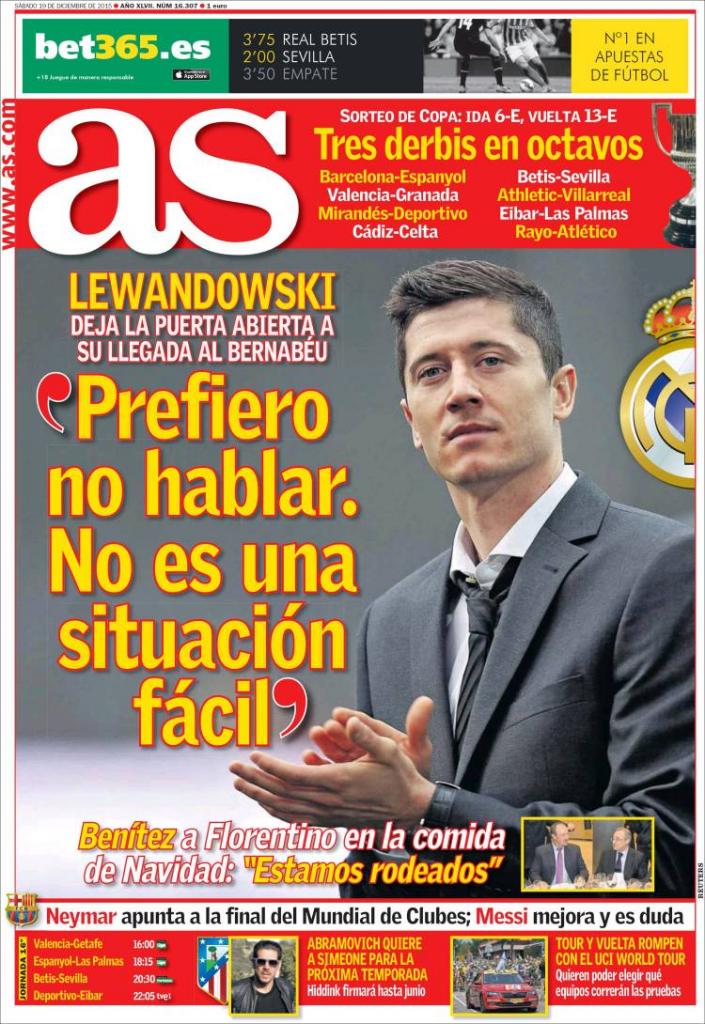 'I’d rather not talk. It’s not an easy situation’

Lewandowski leaves the door for the Bernabeu open

Benitez to Florentino at Christmas dinner: “We’re being surrounded”

Abramovich wants Simeone for next season 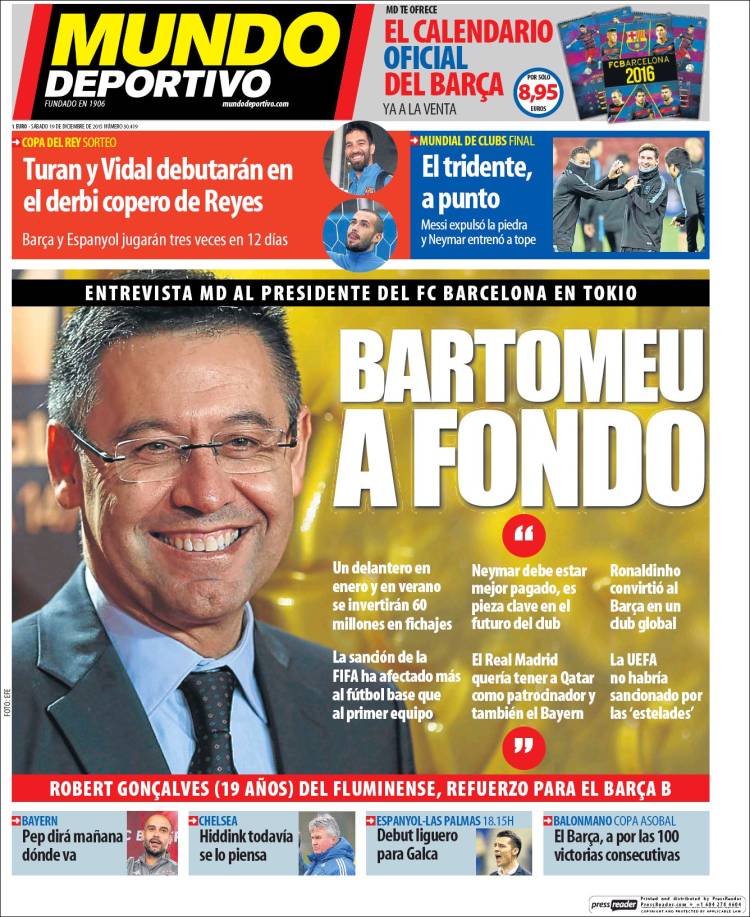 “The FIFA punishment affected football more than the first team”

“Neymar should be better paid, he is instrumental to the club's future”

“Real Madrid wanted to have a Qatari sponsor, along with Bayern”

“UEFA should not have punished the esteladas”

Arda and Vidal to debut in the cup derby

The trident are almost ready