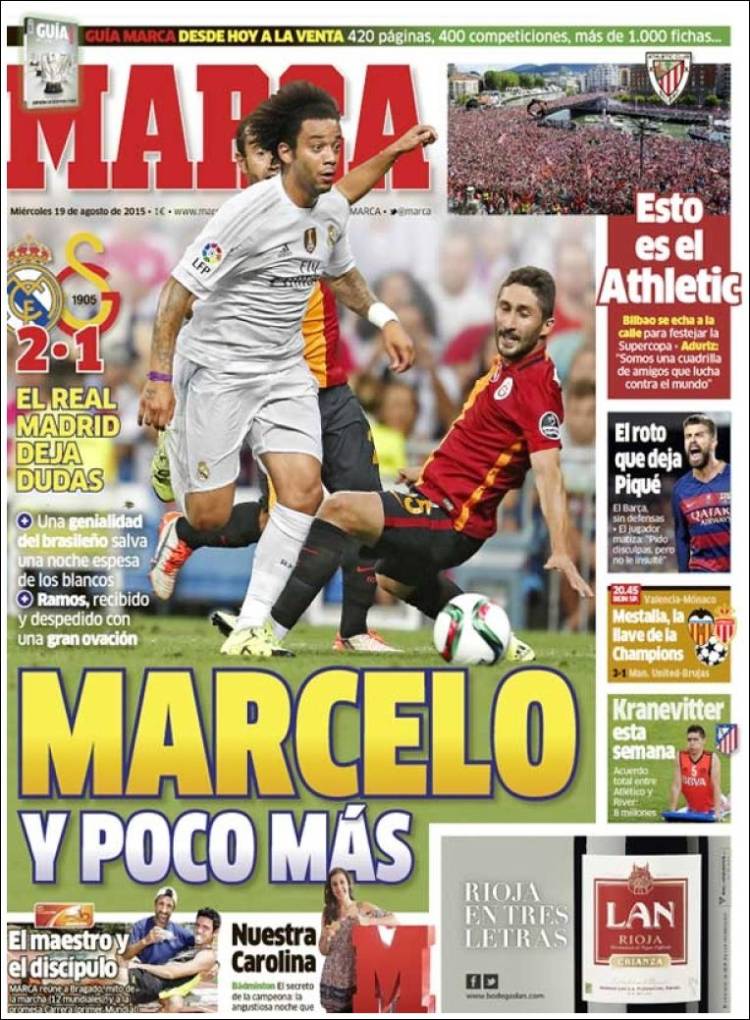 The Brazilian’s genius saves a slow night for Los Blancos

Bilbao takes to the streets to celebrate the Supercopa

Aduriz: “We’re a bunch of friends who fight against the world”

The player explains: I apologise, but I didn’t insult him

Mestalla, the key to the Champions League 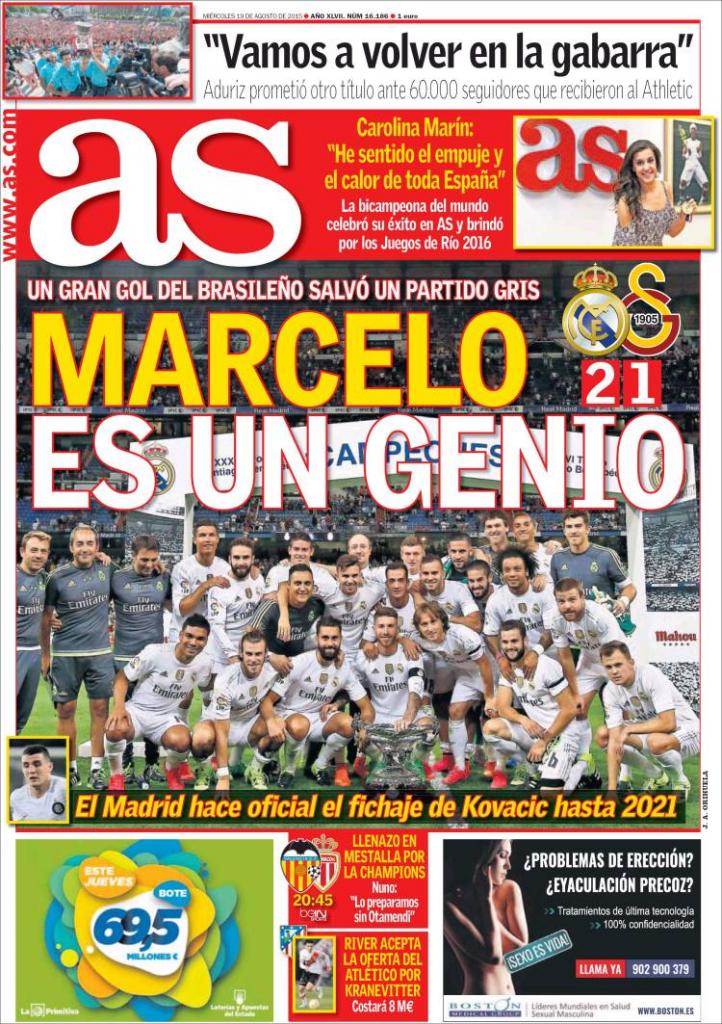 Marcelo is a genius

A great goal from the Brazilian saves a grey game

Sold out Mestalla for the Champions League

Nuno: “We prepare without Otamendi”

River accept the offer from Atletico for Kranevitter

“We will return on La Gabarra [the barge]”

Aduriz promised another trophy to the 60,000 supporters who welcomed Athletic 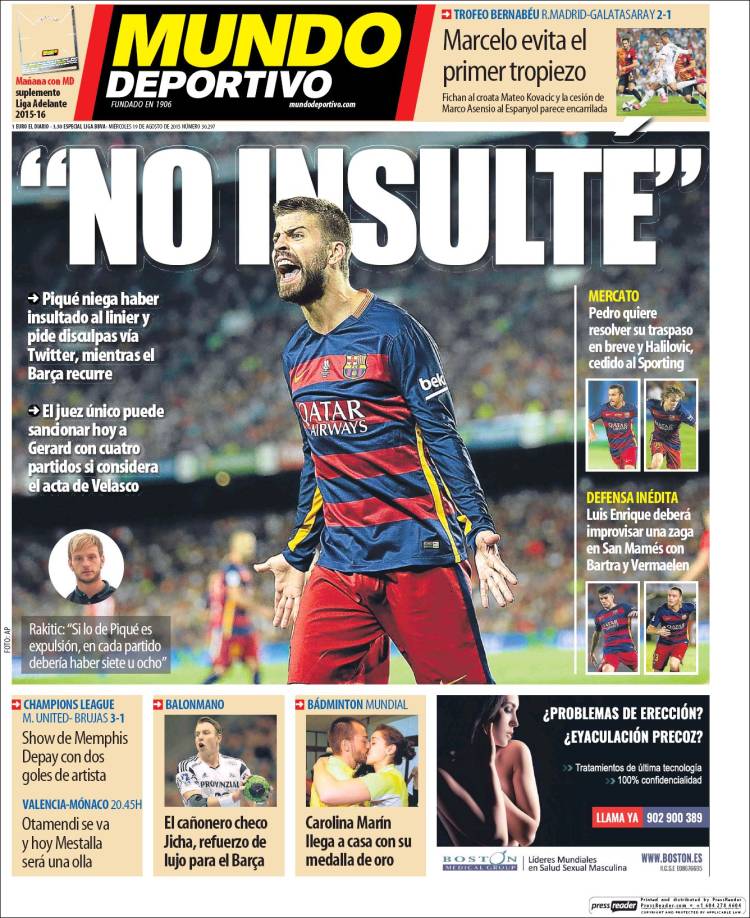 Pique denies having insulted the linesman and apologises via Twitter, while Barca appeals

Rakitic: “If Pique’s is a red card, then in each game there’d be seven or eight”

Pedro asks for his transfer to be resolved soon and Halilovic, loaned to Sporting

The Memphis Depay show with two goals of an artist

Otamendi is going and today Mestalla will be a pan