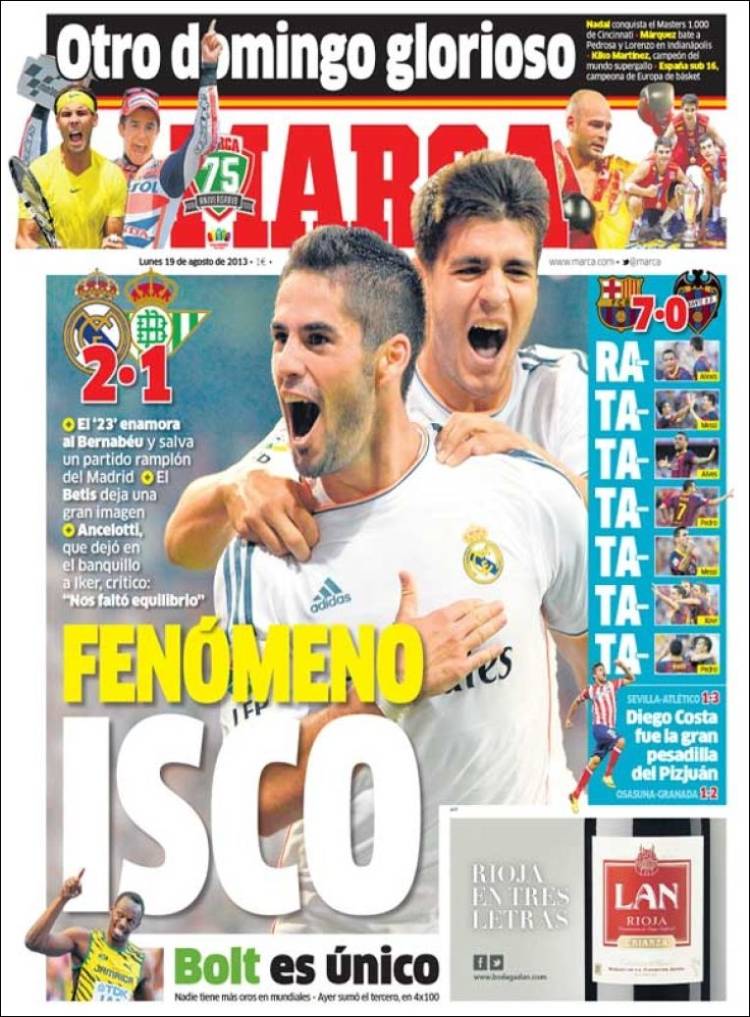 The n.23 enamored the Bernabeu and rescued an under-par Madrid

Ancelotti left Iker on the bench and said: "We lacked balance"

Diego Costa was a nightmare at the Pizjuan

Nadal wins the Masters 1000 in Cincinnati

Bolt is unique: Nobody has more gold medals than him

Yesterday he got his third in the relay 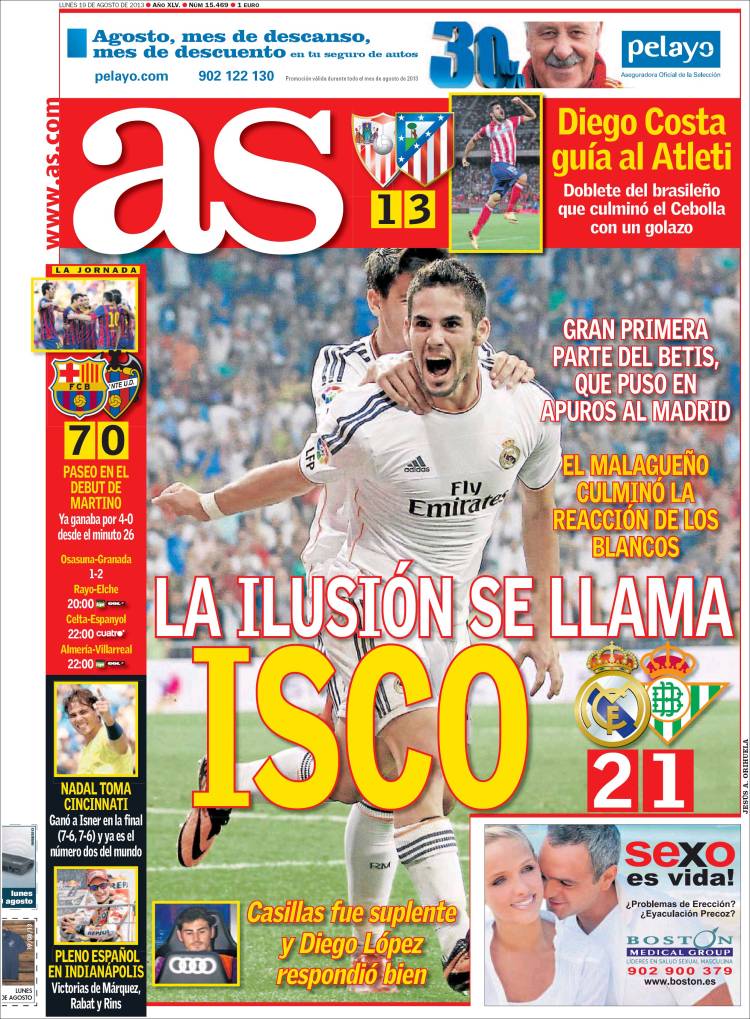 Isco is the dream

A great game from Betis made life hard for Real Madrid

The Malagueno saved the day for Los Blancos

A double for the Brazilian while Cebolla scores a wonder goal

A walk in the park for Martino on his debut

Barca were winning 4-0 after 26 minutes

Spaniards complete the podium: Marquez wins ahead of Rabat and Rins 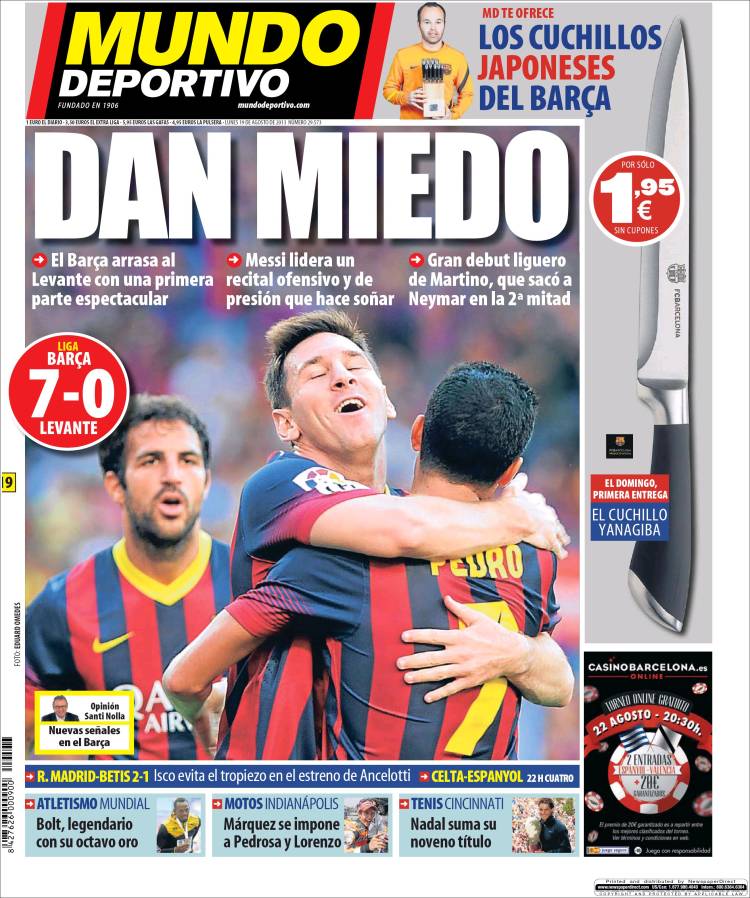 Barca destroy Levante in a spectacular first half

Messi leads the offensive, pressuring from the front

A great debut for Martino, who brought on Neymar in the second period