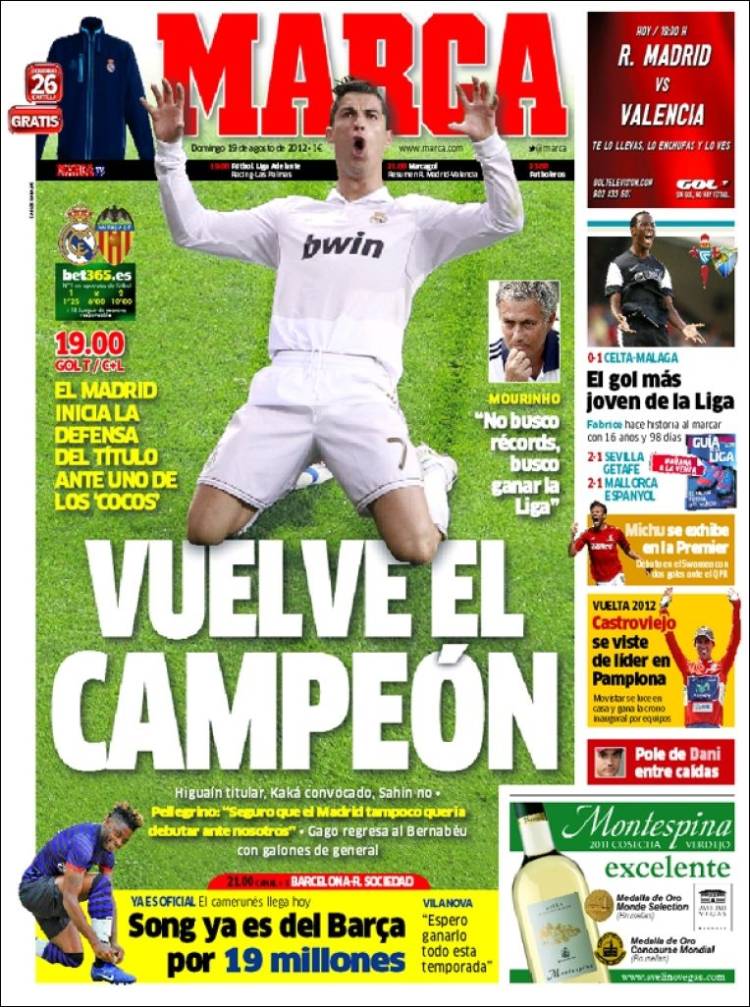 The champions return: Madrid begin the defence of their title against one of the big guns

Higuain in the starting line-up, Kaka in the squad, Sahin no

Pellegrino: "I'm sure Madrid would rather not have played us in the first game"

Gago returns to the Bernabeu

Michu puts on a show in the Premier League: he marks his debut with two goals against QPR

Song is now a Barca player: it is official and the Cameroon international will arrive today

Vilanova: "I hope to win everything this season" 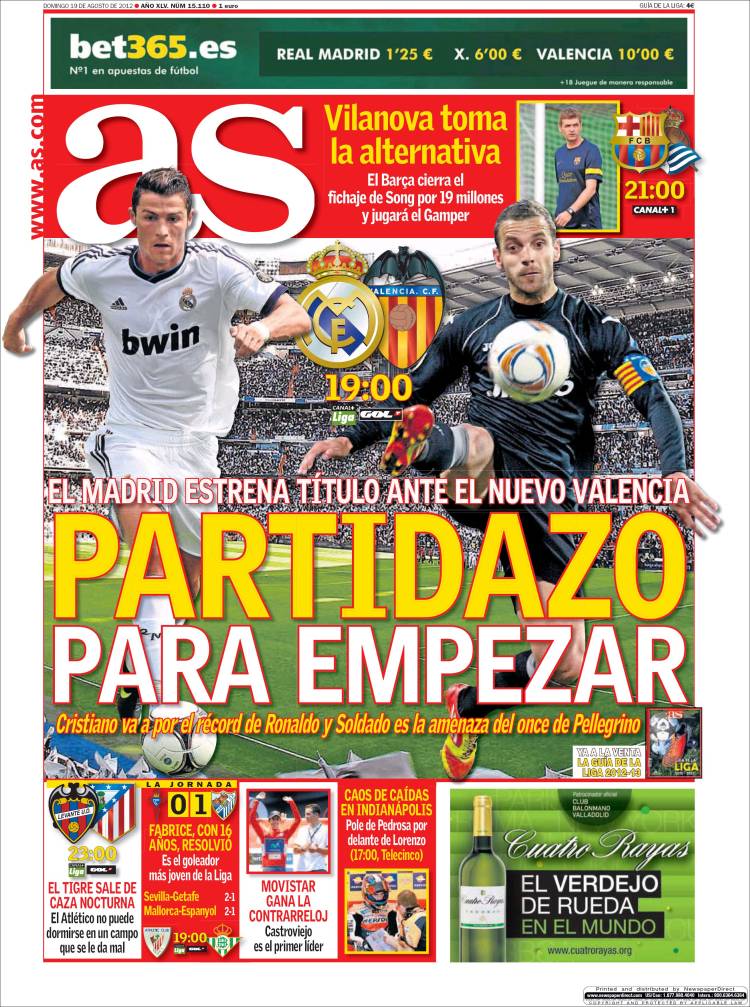 A great game to begin with

Madrid launch their title bid against the new Valencia

Vilanova opts for the alternative: Barca seal Song's €19m signing and he will play in the Gamper

The Tiger goes hunting at night: Atletico cannot afford to sleep at a ground that is traditionally bad for them

Fabrica, at 16, settles it - he is La Liga's youngest goalscorer 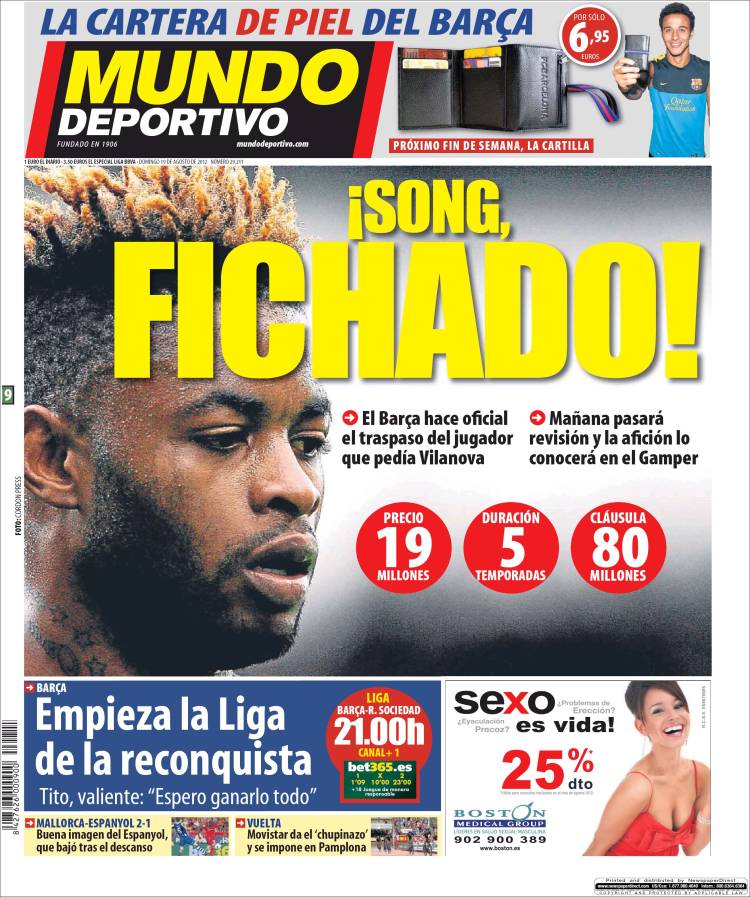 Barca make the transfer of the player Vilanova asked for official

The reconquest of La Liga begins

Tito, brave: "I hope to win everything"

Good showing from Espanyol, who go down after the break