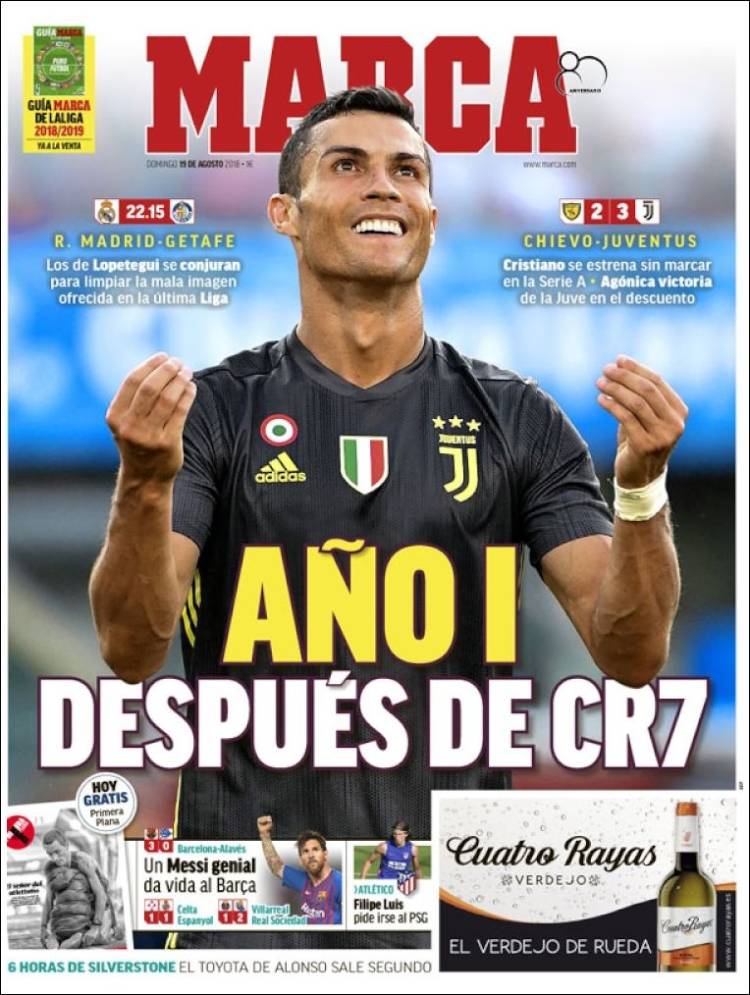 Year one after CR7

Cristiano debuts without scoring in Serie A

Filipe Luis could go to PSG 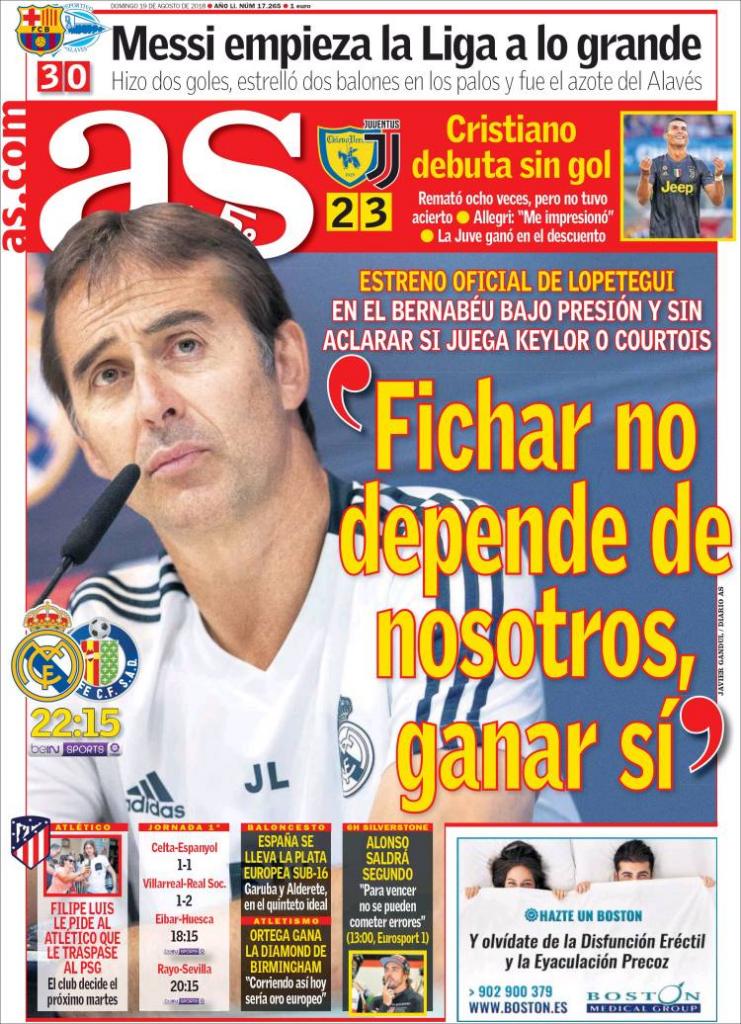 He scored two goals, hit the post twice and was Alaves' scourge

Lopetegui's official debut at the Bernabeu, under pressure and without clarifying if Keylor or Courtois will play

"Signings don't depend on us, winning does"

The club will make a decision next Wednesday 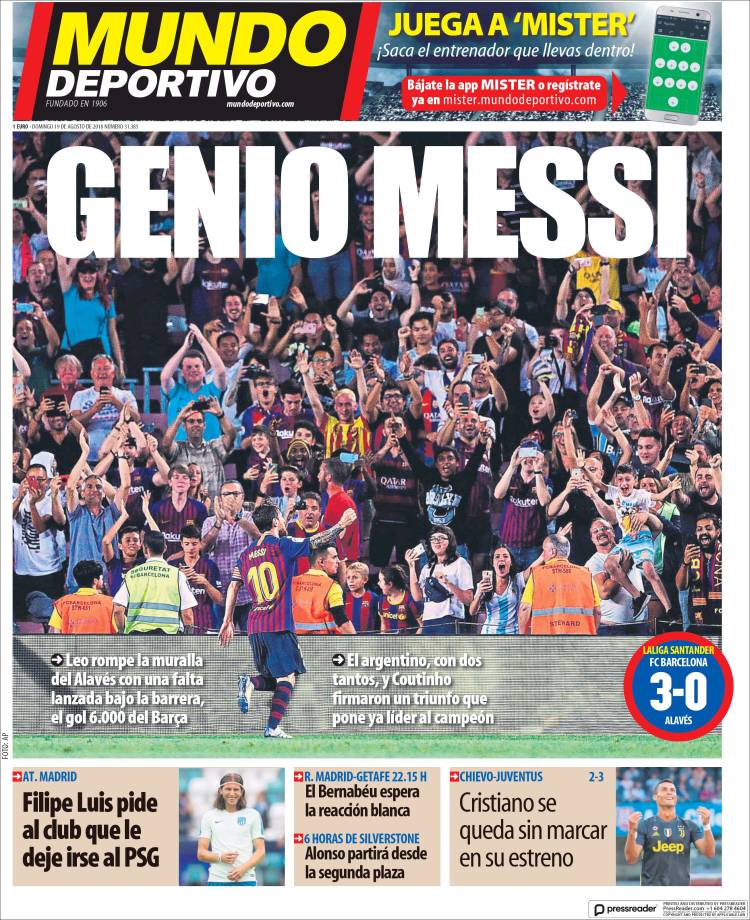 Leo breaks Alaves' rampart with a free kick, taken under the wall, for Barca's 6,000th goal

The Argentina, with two goals, and Coutinho secure a win that already puts Barca top

The Bernabeu expects a reaction

Cristiano goes without scoring on his debut