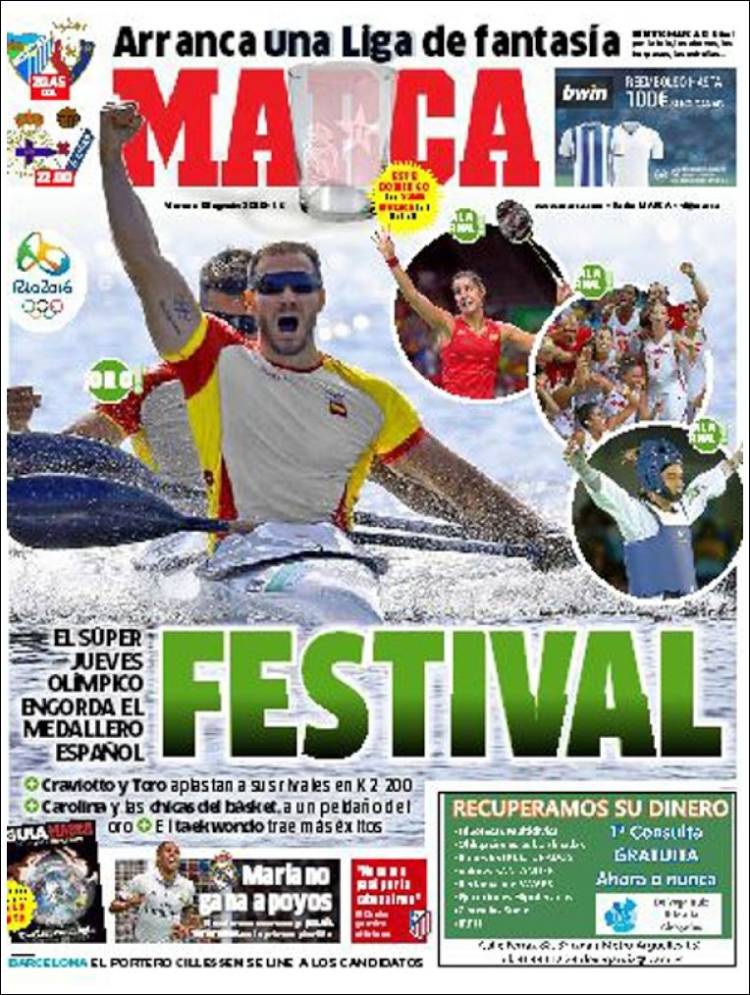 Start of a fantasy Liga

Goalkeeper Cillessen among the candidates 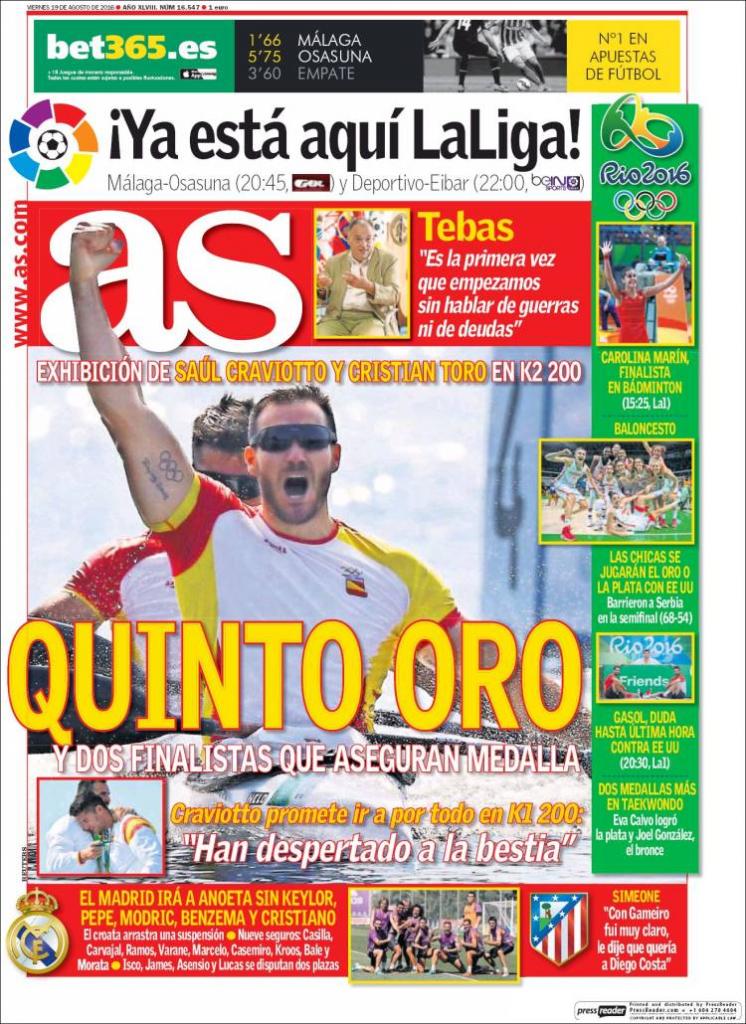 The League is finally here!

Tebas: “It’s the first time we’ve started without talking about war or debt”

Madrid will go to Anoeta without Keylor, Pepe, Modric, Benzema and Cristiano

The Croatian carries a suspension

Isco, James, Asensio and Lucas fight for the other two spots

“With Gameiro I was very clear, I told him I wanted Diego Costa” 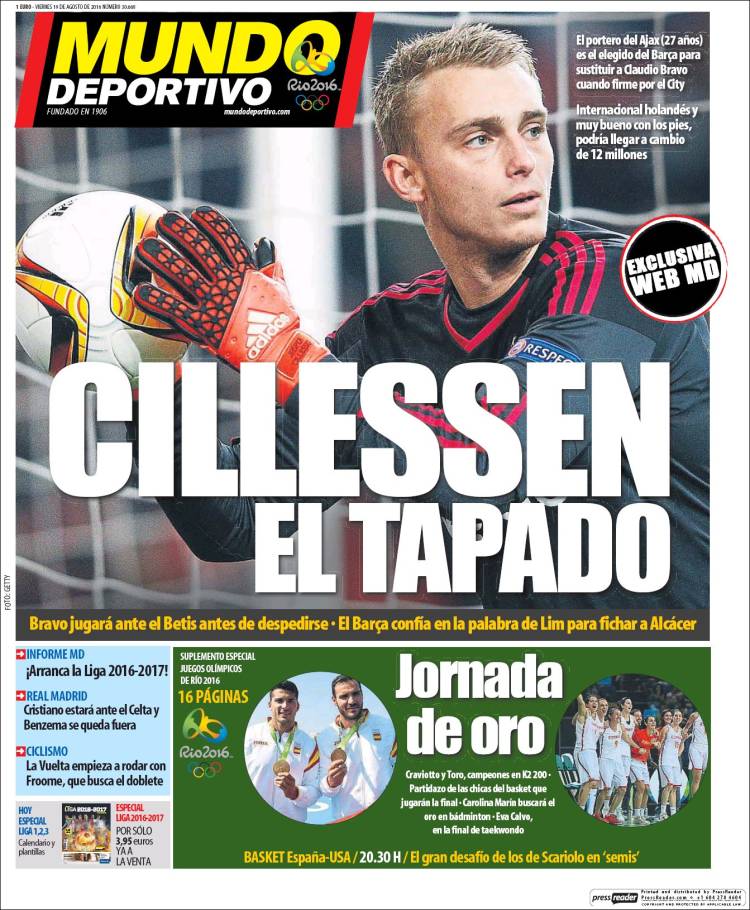 He is a Netherlands international, very good with his feet and could be signed for €12m

Bravo will play against Betis before leaving

Cristiano will return against Celta but Benzema remains out