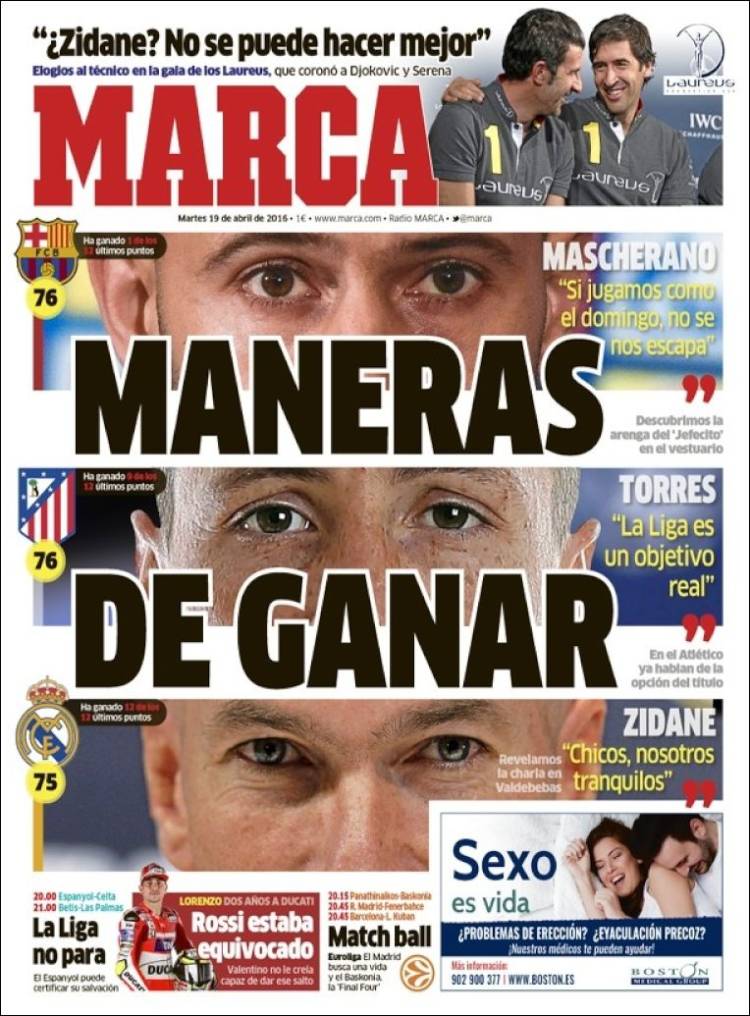 “Zidane? It’s not possible to do better”

Praise for the Coach at the Laureus gala, which crowned Djokovic and Serena

“If we play as we did Sunday, it won’t escape us”

Atletico Madrid [76] have won nine of the last 12 points

“La Liga is a real objective”

At Atleti they already speak of the option of the title

We reveal the talk at Valdebebas 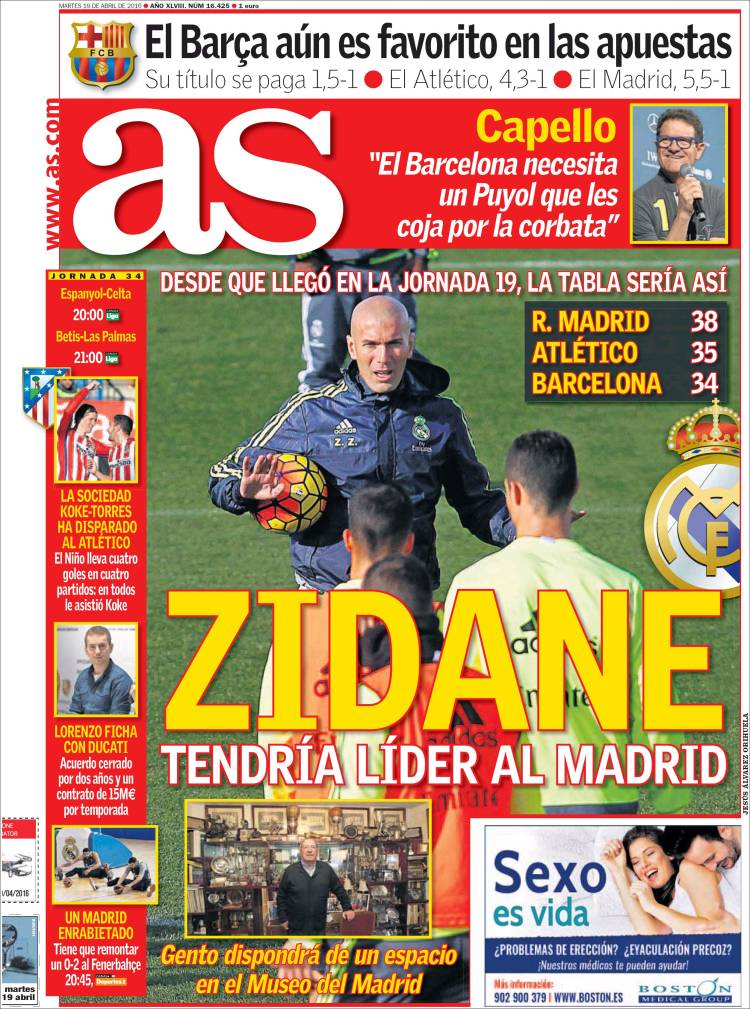 Barca is still favourite in the betting

“Barcelona need a Puyol who will grab them by the tie”

Since he arrived in week 19, the table would be like so

Zidane would have Madrid leading

Gento will have a space in the Museum of Madrid

The Koke-Torres partnership has shot Atletico up

El Nino has four goals in four games; all assists by Koke 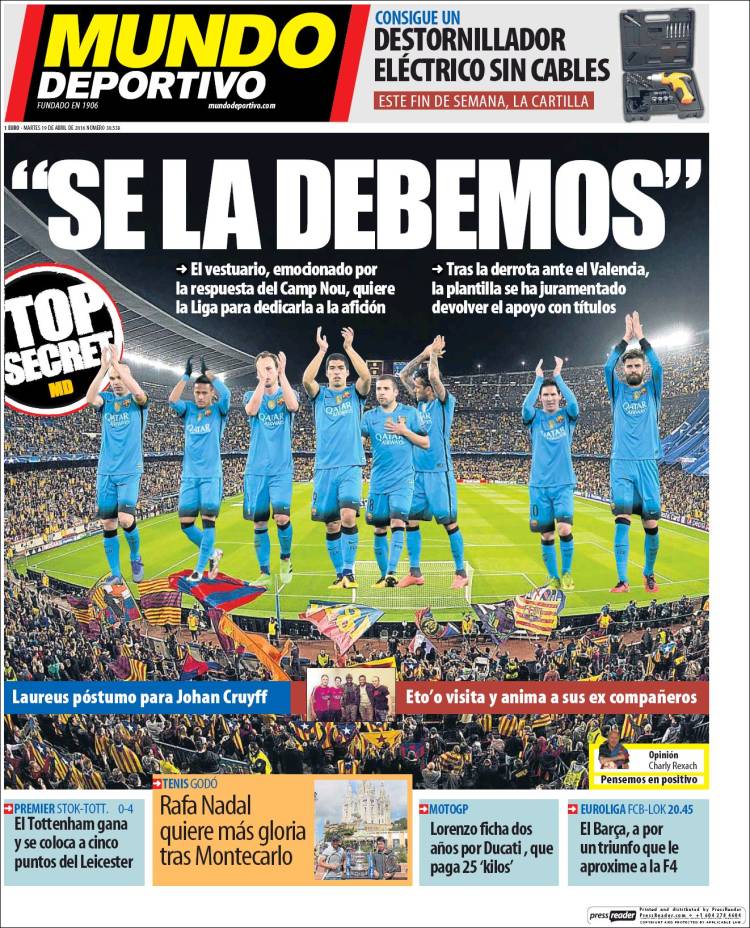 The locker room, emotional from the response of Camp Nou, wants La Liga to dedicate it to the fans

After the defeat against Valencia, the squad has sworn to return the support with trophies