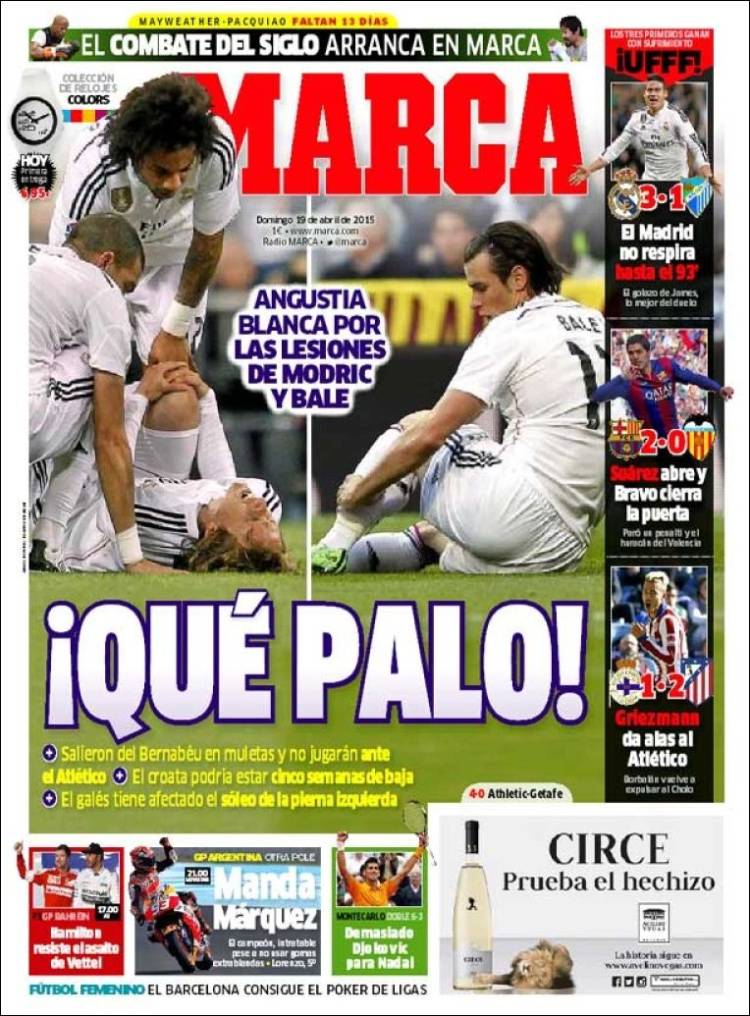 White anguish over the injuries to Modric and Bale

The Croatian could be out five weeks

Madrid don’t breathe easily until the 93rd minute. A great goal from James the best of the clash

Suarez opens the scoring and Bravo shuts the door 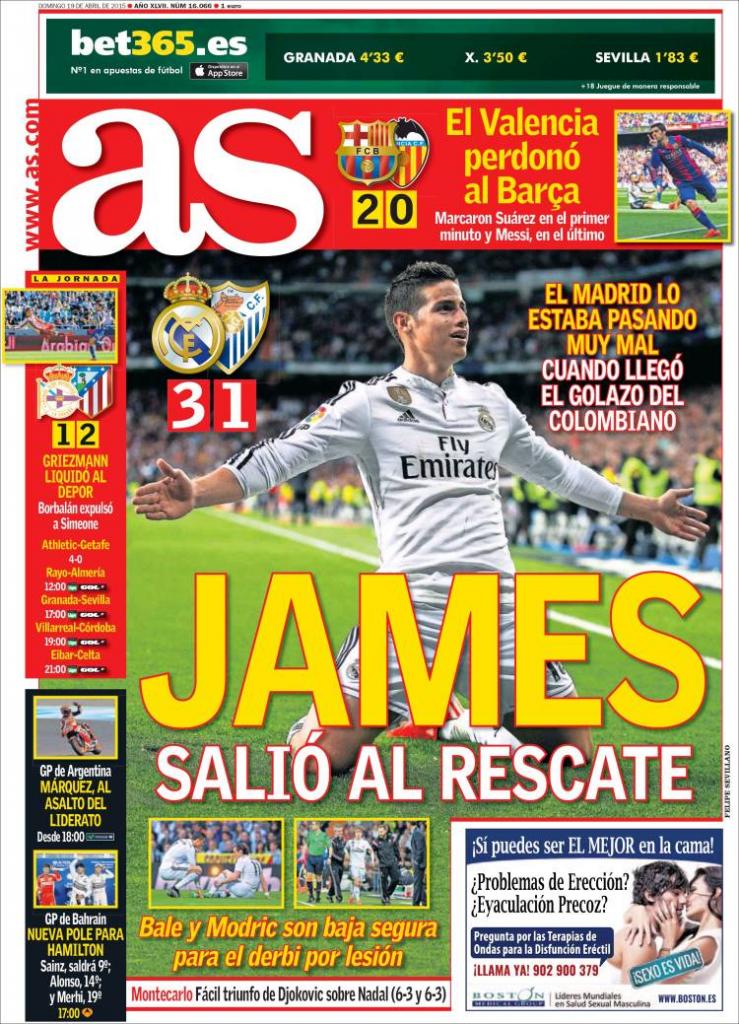 James comes to the rescue

Bale and Modric are definitely out of the derby through injury

Valencia let Barca off. Suarez scores in the first minute and Messi in the last 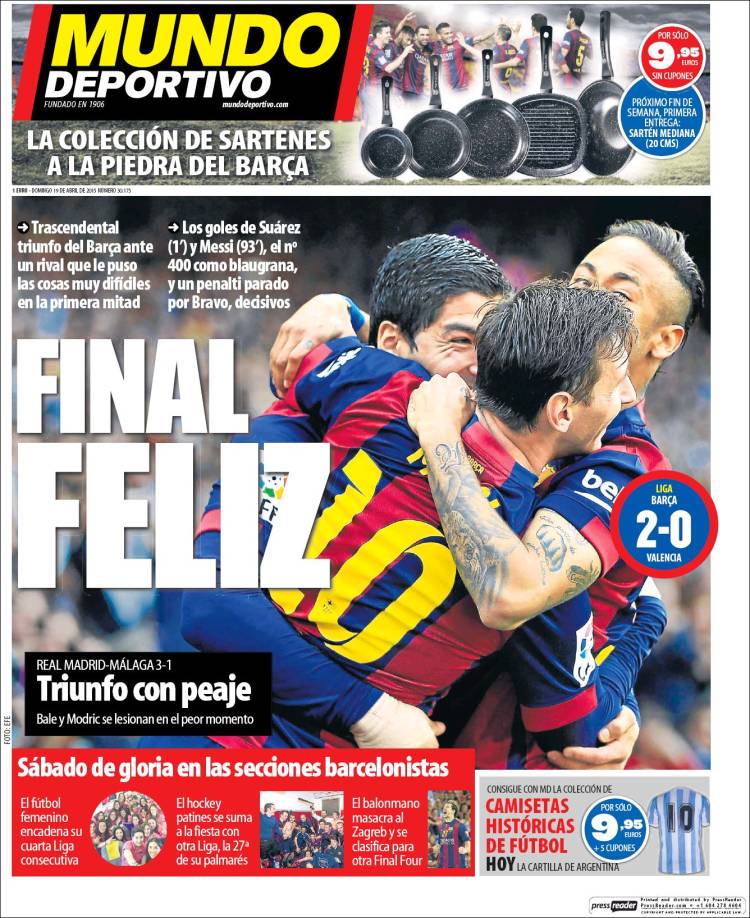 Goals from Suarez (1) and Messi (93), his 400th as a Blaugrana, and penalty stopped by Bravo, prove decisive

Victory with a toll. Bale and Modric are injured at the worst moment