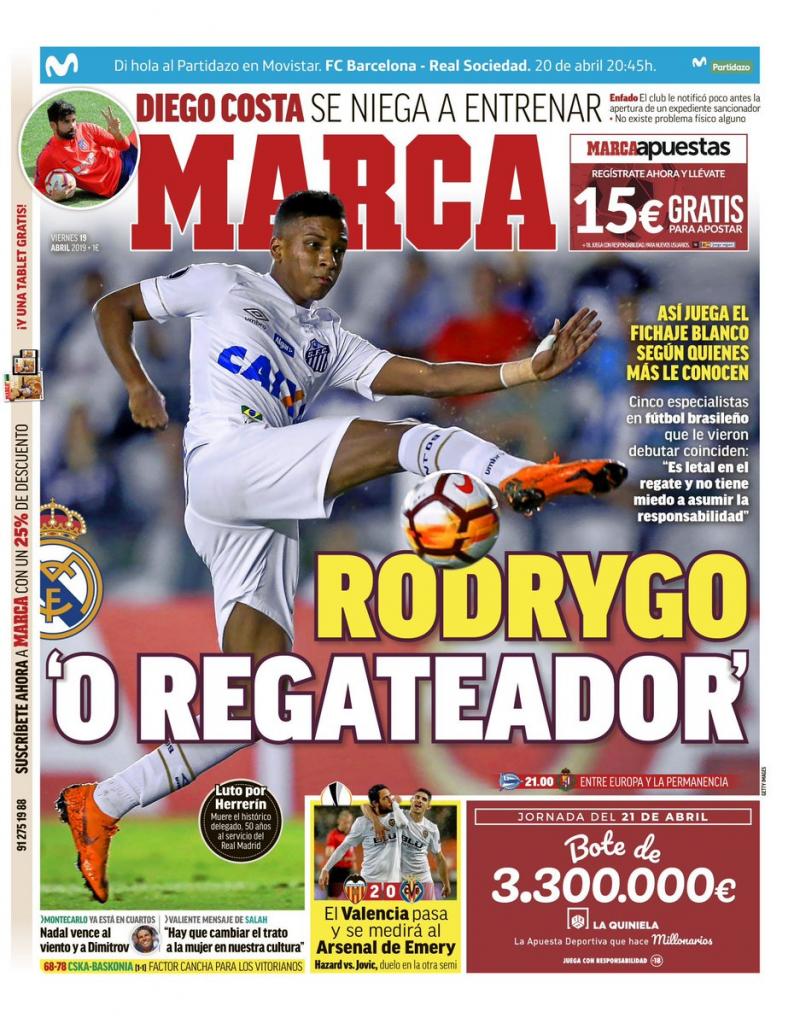 Hazard v Jovic in the other semi-final 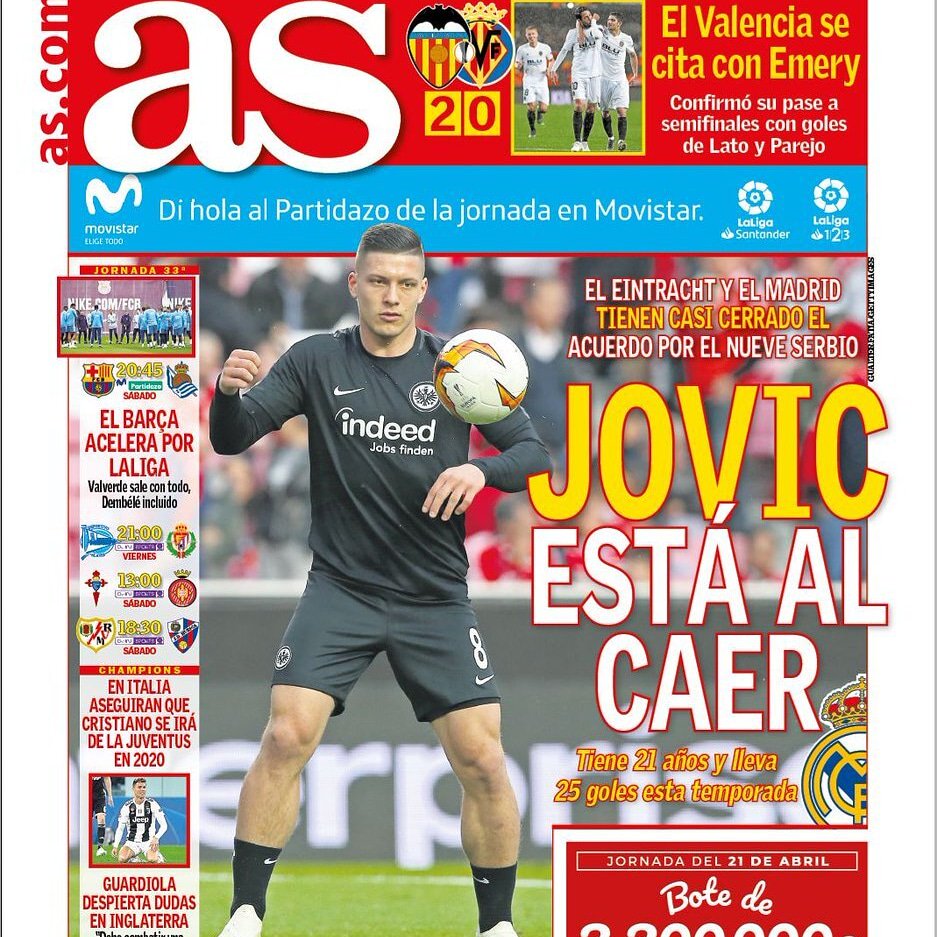 Madrid and Eintracht close to an agreement

In Italy they say Cristiano will leave Juventus in 2020 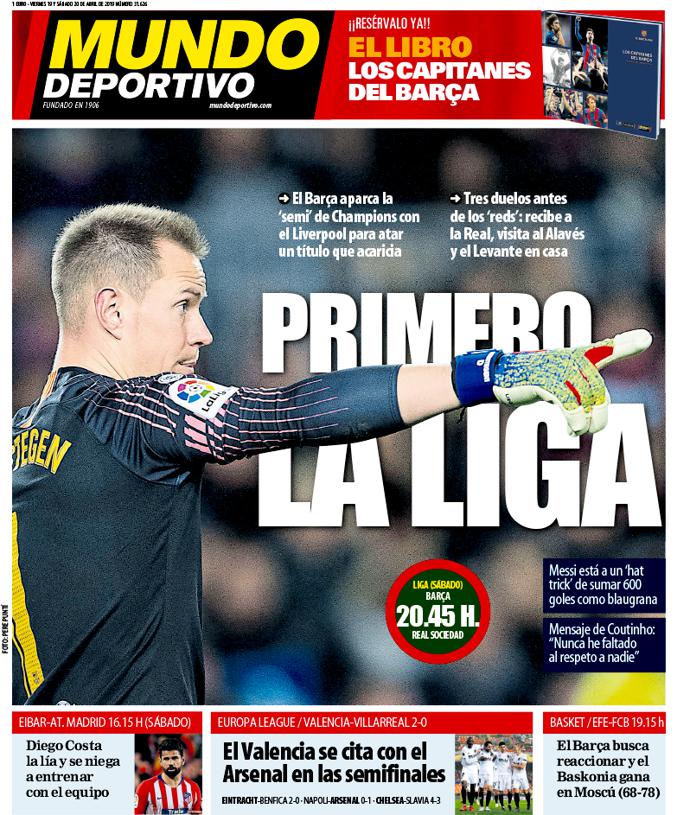 Barca want to tie up league title so park Liverpool tie, home to Real Sociedad, away to Alaves and home to Levante to come

Messi a hat-trick away from 600 Barca goals

Coutinho: "I haven't disrespected anyone"

Valencia's meeting with Arsenal in the semi-finals