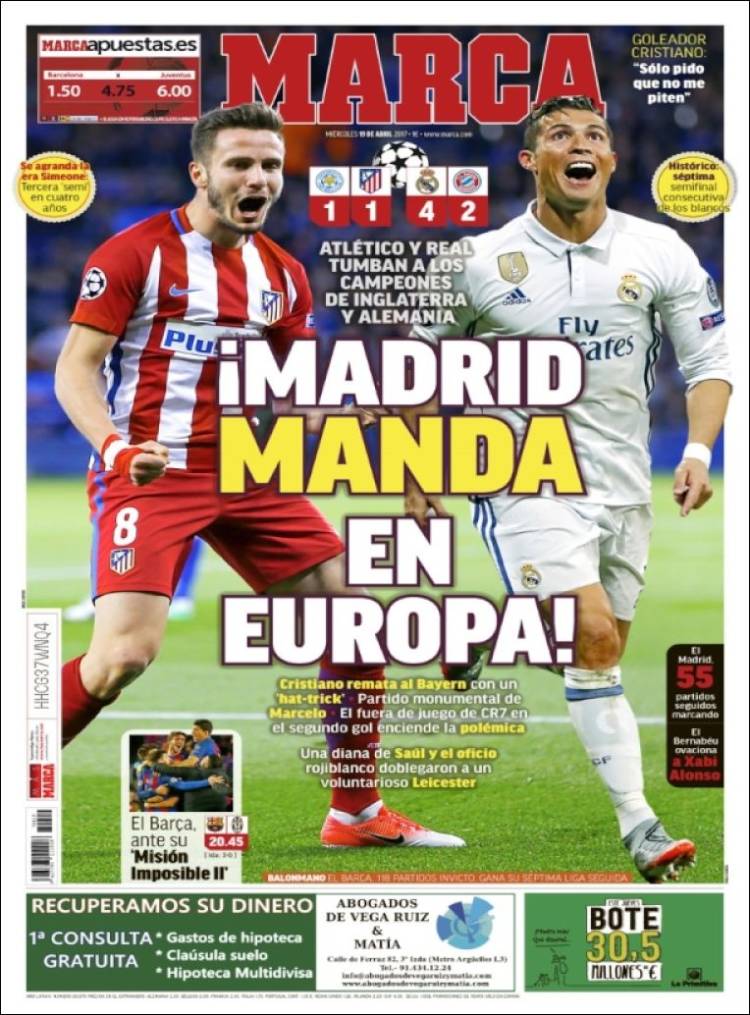 Madrid in charge of Europe

Ronaldo: I only ask you don't whistle me

Madrid have now scored in 55 consecutive games; Xabi Alonso got a standing ovation at the Bernabeu 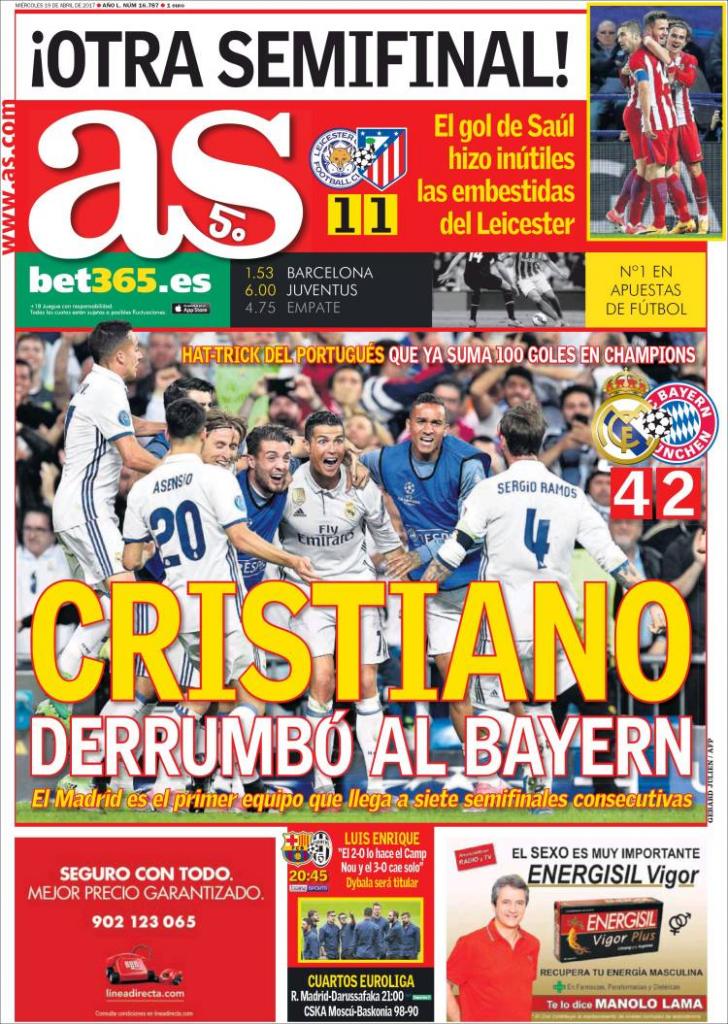 A hat-trick for Ronaldo and 100 Champions League goals

Madrid are the first team to reach seven consecutive semi-finals

Another semi final! - Saul's goal made useless the efforts of Leicester 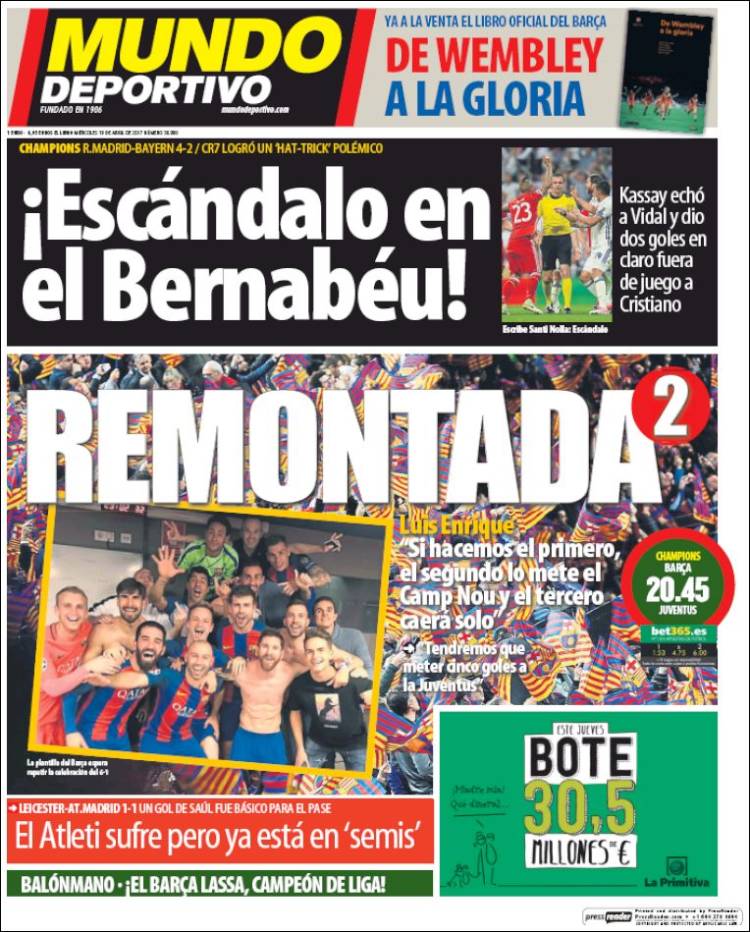 "If we get the first, the second will ignite the Camp Nou and the third will come"

"We will have to score 5 goals to beat Juve"

Scandal in the Bernabeu! - referee Kassai sends off Vidal and awards 2 offside goals to Ronaldo