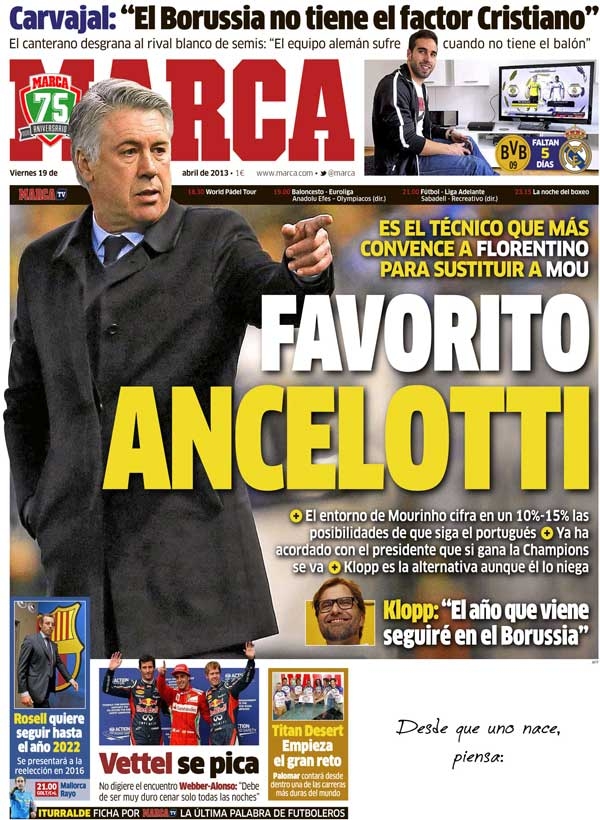 Florentino is most convinced by the Italian to take Mou's place

Klopp is the alternative even though he denies it

Klopp: "The year to come I will continue at Borussia"

Carvajal: "Borussia do not have the Cristiano factor"

The Madrid youth product talks of Madrid's rival in the semis:"The Germans will suffer when they do not have the ball"

Rosell wants to continue until 2022

He does not understand the meeting between Webber and Alonso

"He must be hard to eat dinner every night" 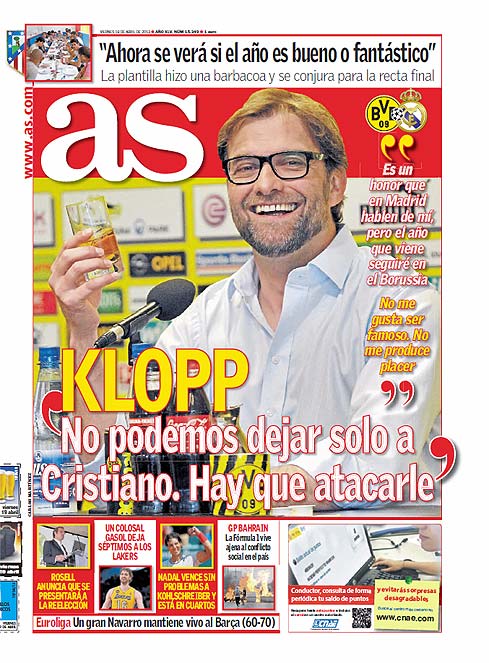 "We cannot just focus on Cristiano, we have to attack him" Klopp

"It is an honour that Madrid are talking of me, but, in the year to come I will continue with Borussia"

"I do not like being famous, it does not give me pleasure"

Atletico: The team have a barbecue and plot the course for the final

Rosell announces his intention to be reelected 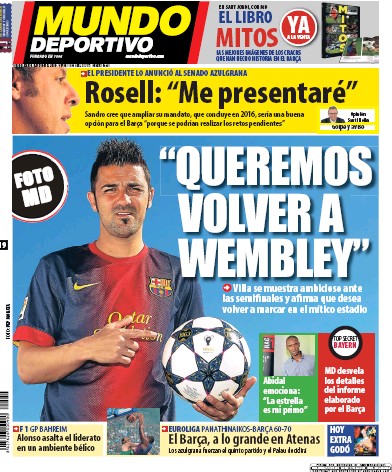 "We want to return to Wembley" Villa

Abidal: "The star is my cousin"

Rosell: "I will run for reelection"

Sandro believes that if he extends his mandate to 2016 it would be the best option for Barca, "because I can confront the challenges ahead"

Barca, the best on Athens

Azulgranas force a fifth match and Palau will decide it

Formula 1 Bahrain: Alonso assaults the leadership in an atmosphere of war