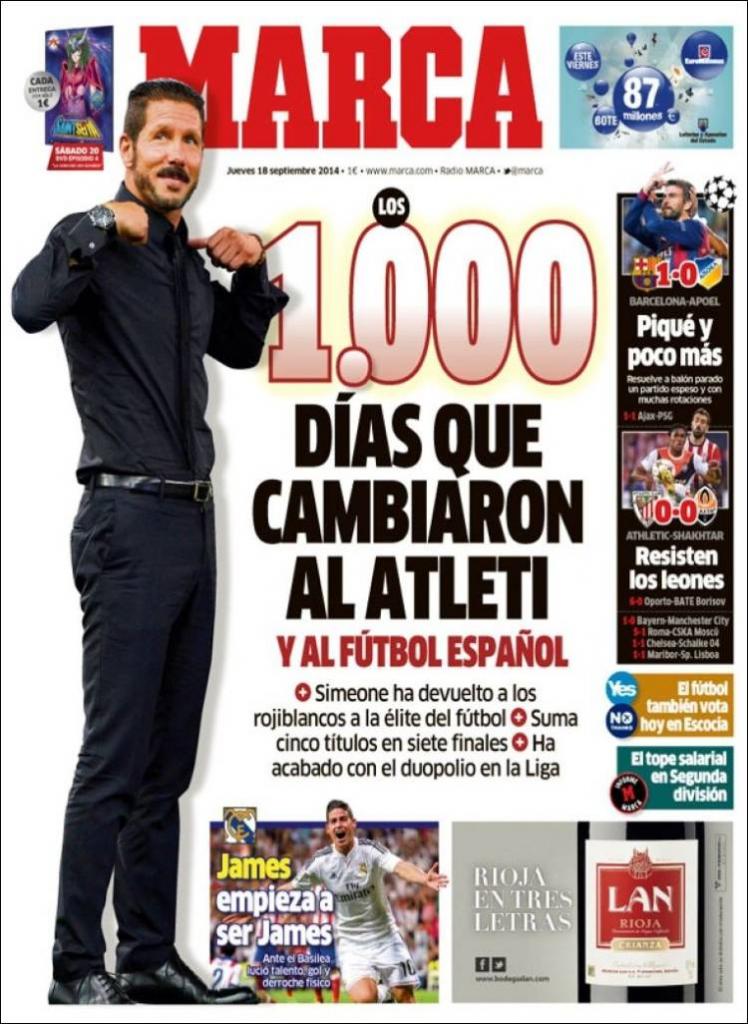 The 1000 days that changed Atleti and Spanish football

Simeone has returned Los Rojiblancos to the football elite

He has won five trophies in seven finals

He has ended the duopoly in La Liga

James begins to be James

Against Basel he showed talent, scored a goal and had plenty of physicality 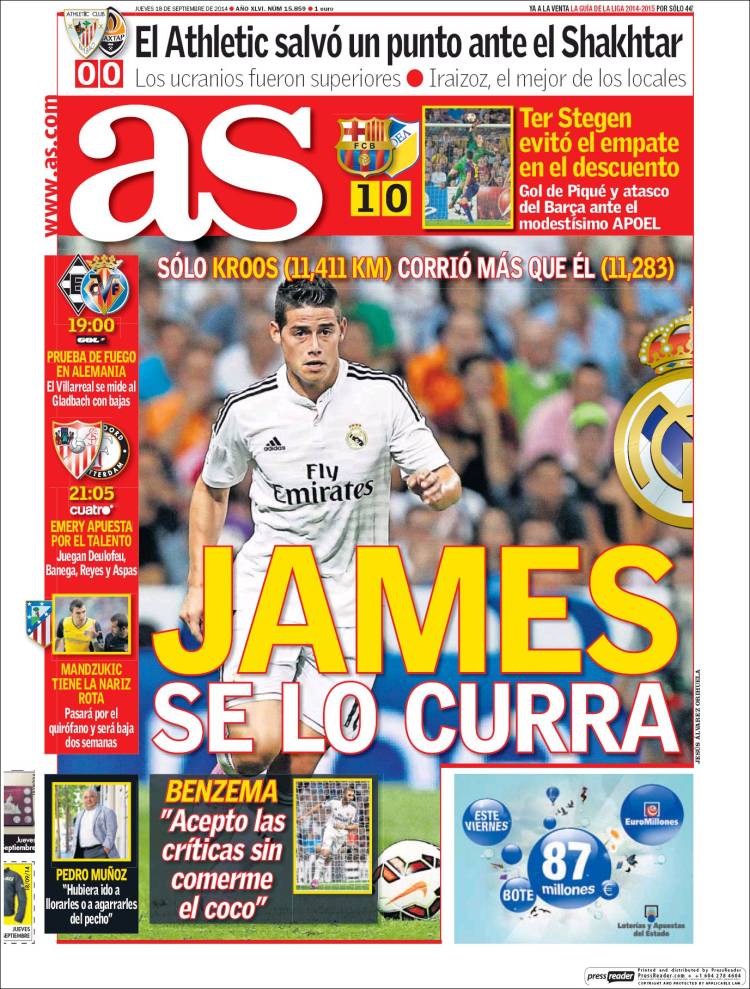 James works it out

Benzema: “I accept the criticism without being obsessed about it”

Ter Stegen saves a draw in time added on

Pique goal and a traffic jam against modest APOEL

Athletic save a point against Shakhtar

The Ukrainians were superior, Iraizoz the best for the home side

Test of fire in Germany

He needs an operation and will be out two weeks 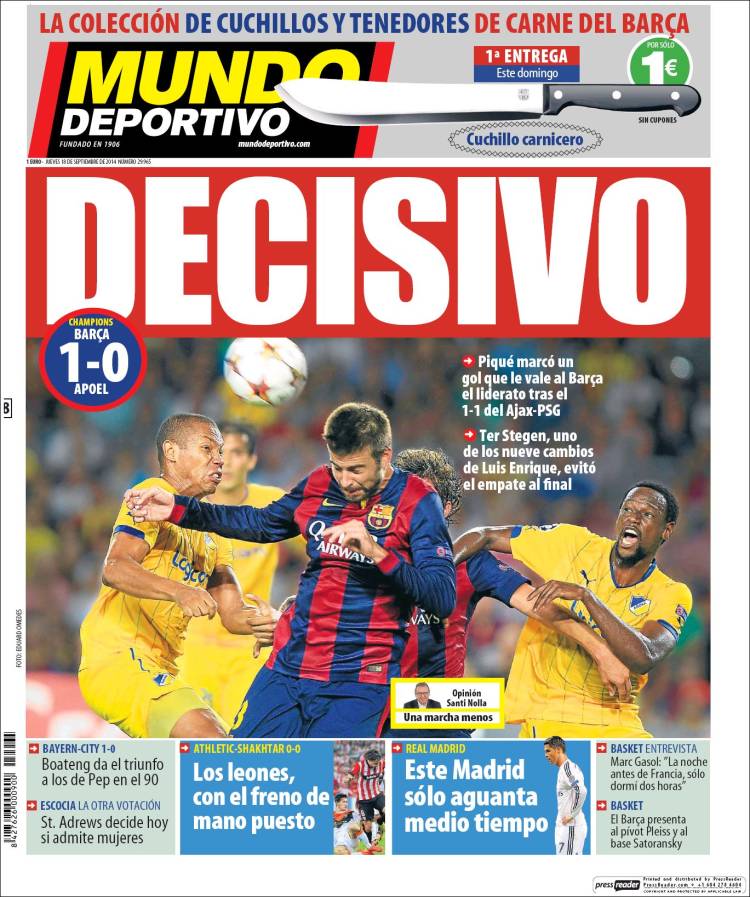 Ter Stegen, one of Luis Enrique’s nine changes, saves the draw at the end

Boateng gives Pep’s men a win in the 90th minute

Los Leones, with the handbrake on

This Madrid only stands up half the time