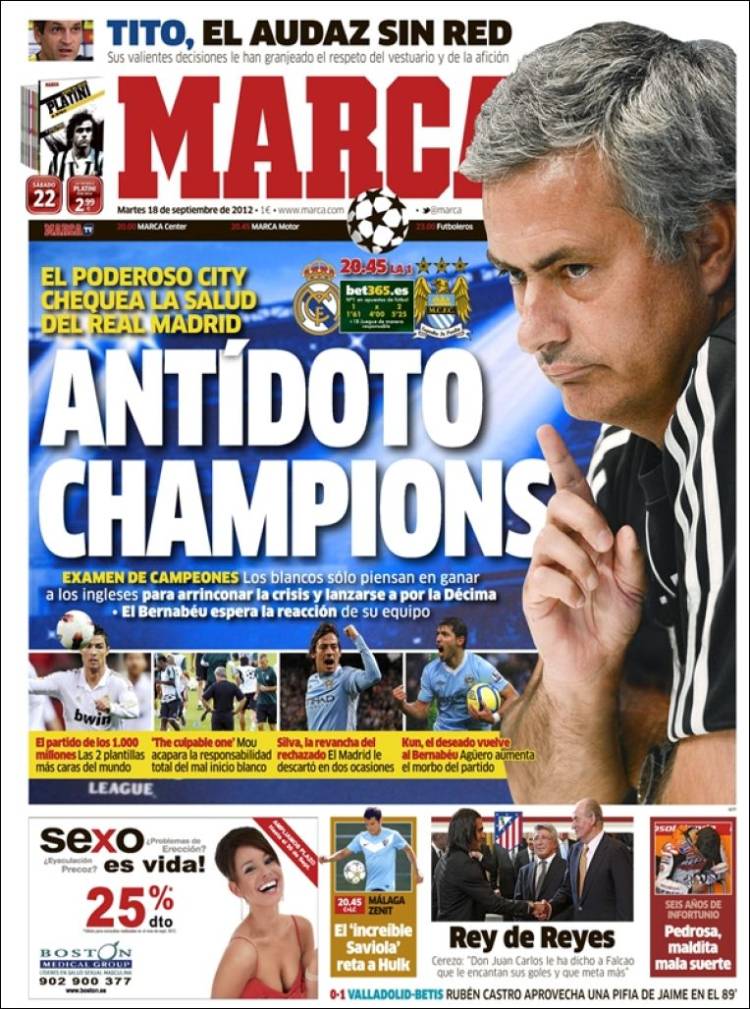 Powerful City will check out the health of Real Madrid

The champions examined: Los Blancos only thinking of beating the English team to avert the crisis and go for a 10th title

The Bernabeu hoping their team will react

The game of €1,000m: the two most expensive squads in the world

'The Culpable One': Mou will take full responsibility for the bad start

Kun, the wanted one, returns to the Bernabeu- Aguero cranks up the atmosphere before the game

Silva, the revenge of the rejected - Madrid turned him down twice

Tito the audacious one: his brave decisions have earned the respect of the dressing room and the fans 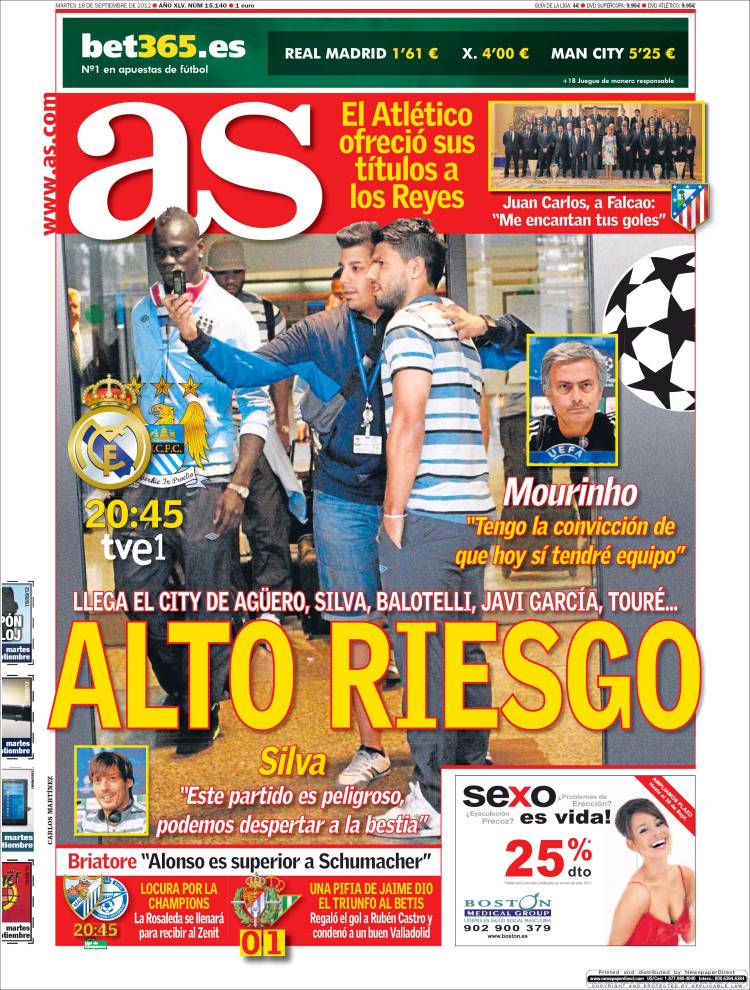 Silva: "This match is dangerous. We can arouse the beast"

Mourinho: "I'm convinced that from today I'll have a team"

Atletico offer their title to the kings - Juan Carlos to Falcao: "I love your goals"

A Jaime blunder gives Betis victory: he gifts a goal to Ruben Castro and condemns a good Valladolid 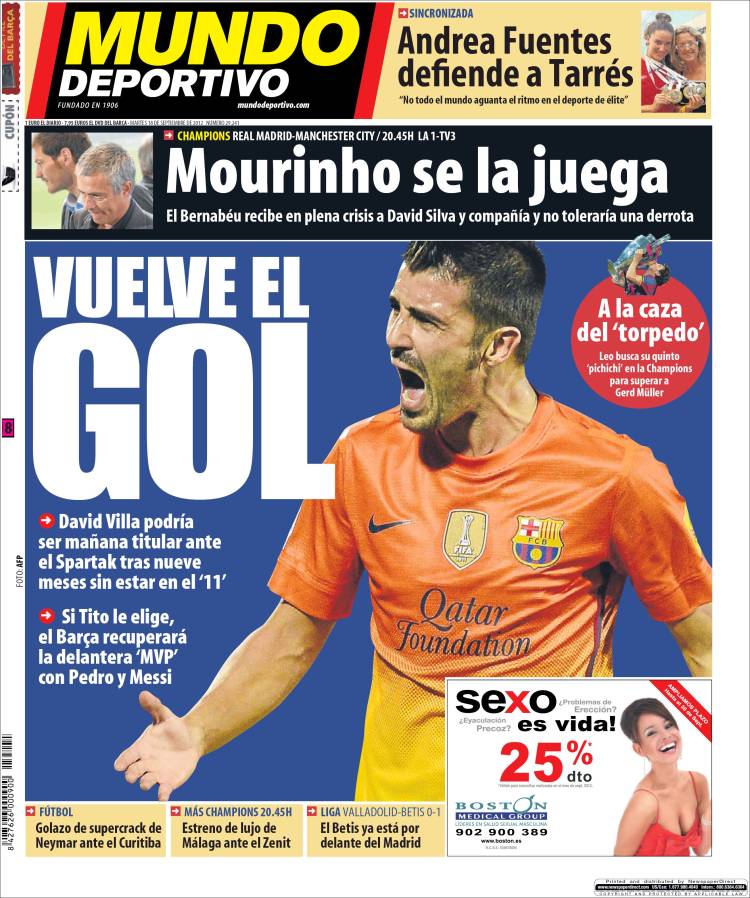 Mourinho ready to play: a Bernabeu in crisis will receive Silva and company and will not tolerate defeat

Luxury debut for Malaga against Zenit