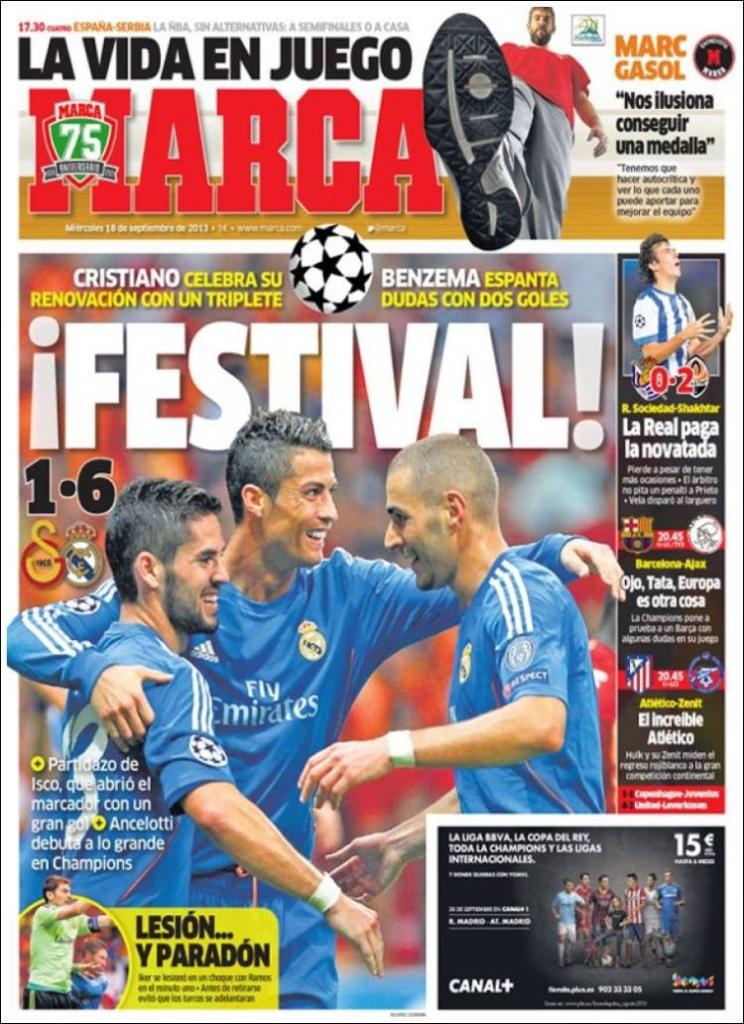 Cristiano celebrates his new contract with a hat-trick

A great game for Isco, who opened the scoring with a great goal

Ancelotti has a fine debut in the Champions League

La Real pay the price for their inexperience

They lose despite having chances

Eyes, Tata and Europa is another thing

Spain, to the semifinals or home

The game of life

Marc Gasol: "We dream of getting a medal" 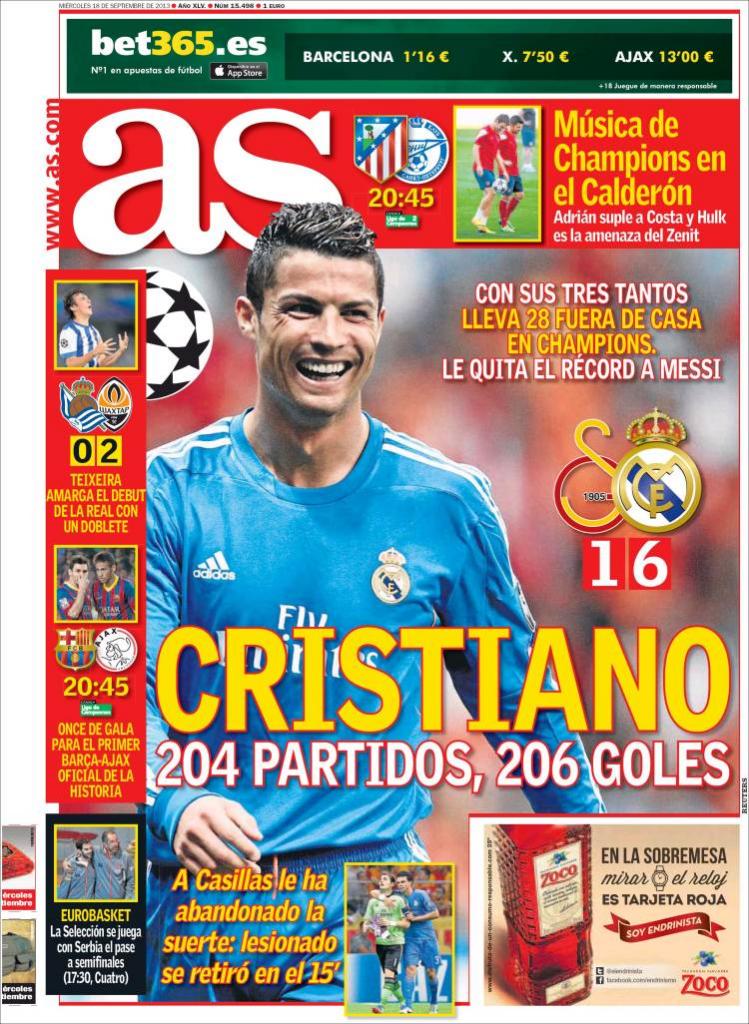 With his three goals, he now has 28 goals away from home in the Champions

Champions League music in the Calderon

Adrian comes in for Costa and Hulk is Zenit's main threat 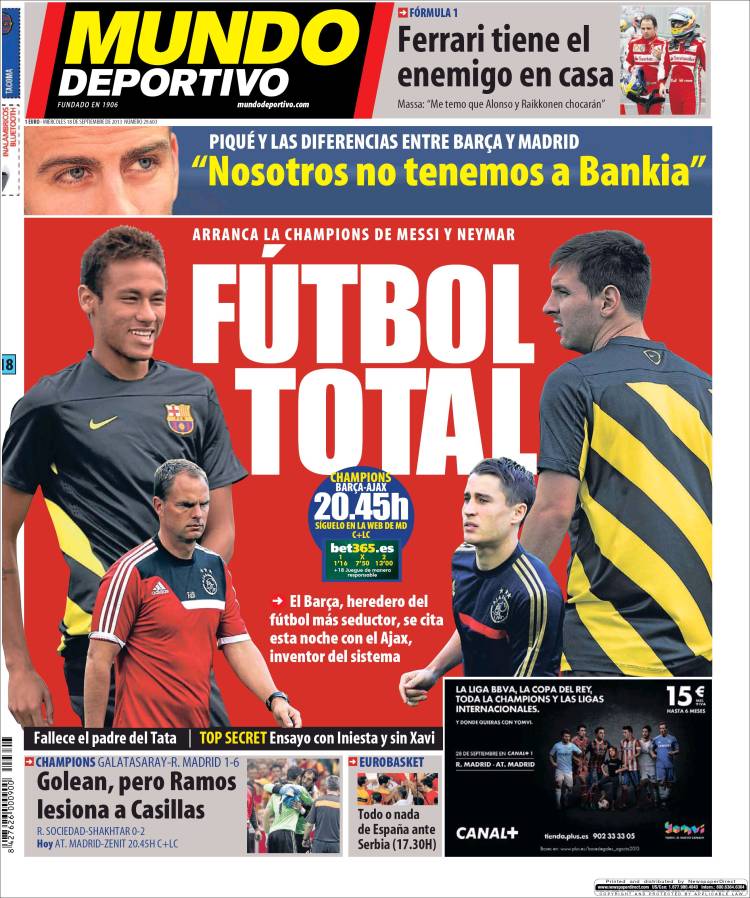 Barca, the inheritors of total football, have a date with Ajax, the inventors of the system

Messi and Neymar to get Barca's campaign off

Top Secret: Training with Iniesta and without Xavi

Basketball: All or nothing for Spain v Serbia

Pique and the difference between Barca and Madrid

"We do not have a Bankia"

Formula 1: Ferrari has an enemy within

Massa: "I fear that Alonso and Raikkonen will clash"