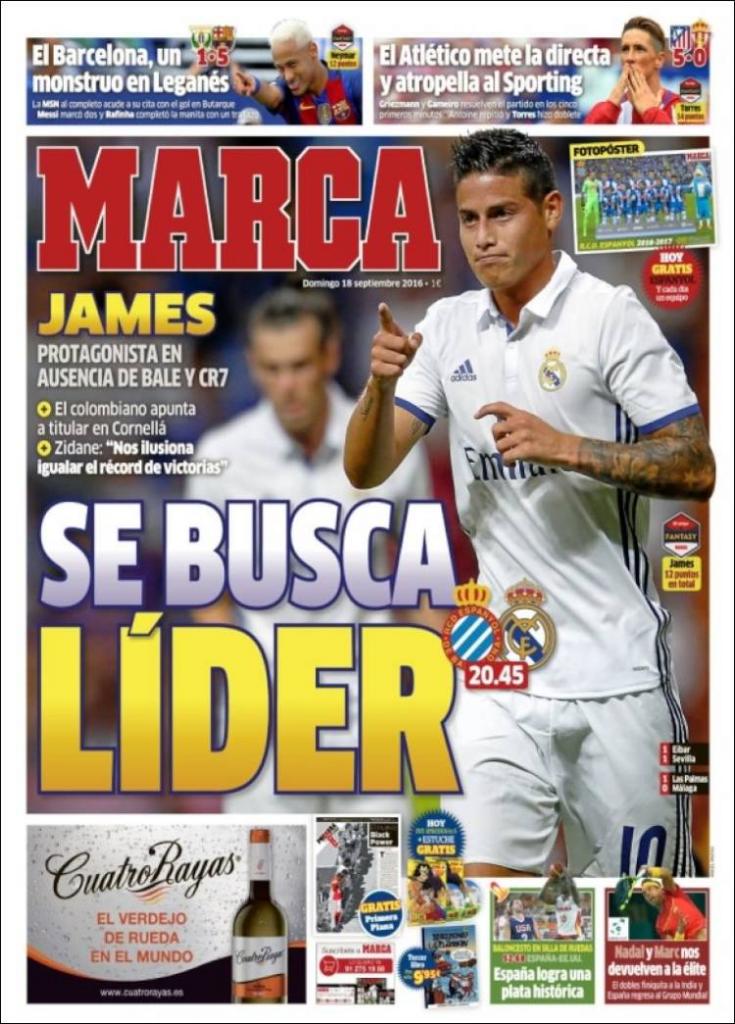 James, protagonist in the absence of Bale and CR7

The Colombian aims to start in Cornella

Zidane: “We’re excited to equal the record for victories”

Barcelona, a monster at Leganes

MSN come in full with a goal each at Butarque

Messi scored two and Rafinha completed the ‘manita’ with a rocket

Griezmann and Gameiro solve the game in the first five minutes 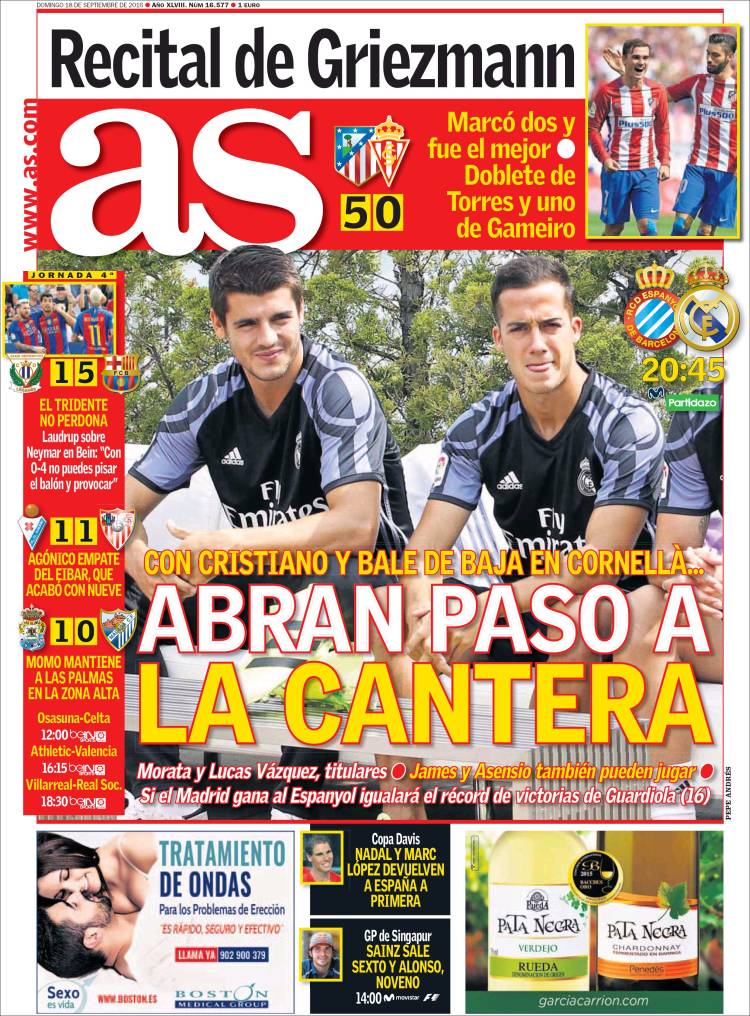 Make way for the cantera

Cristiano and Bale absent in Cornella

James and Asensio can also play

If Madrid win at Espanyol, they will equal Guardiola’s record for victories

He scored twice and was the best player

Brace from Torres and one for Gameiro

The trident does not forgive

Laudrup on Neymar for BeIN: “At 0-4, you can’t step on the ball and provoke”

Draw at the death for Eibar, who end with nine 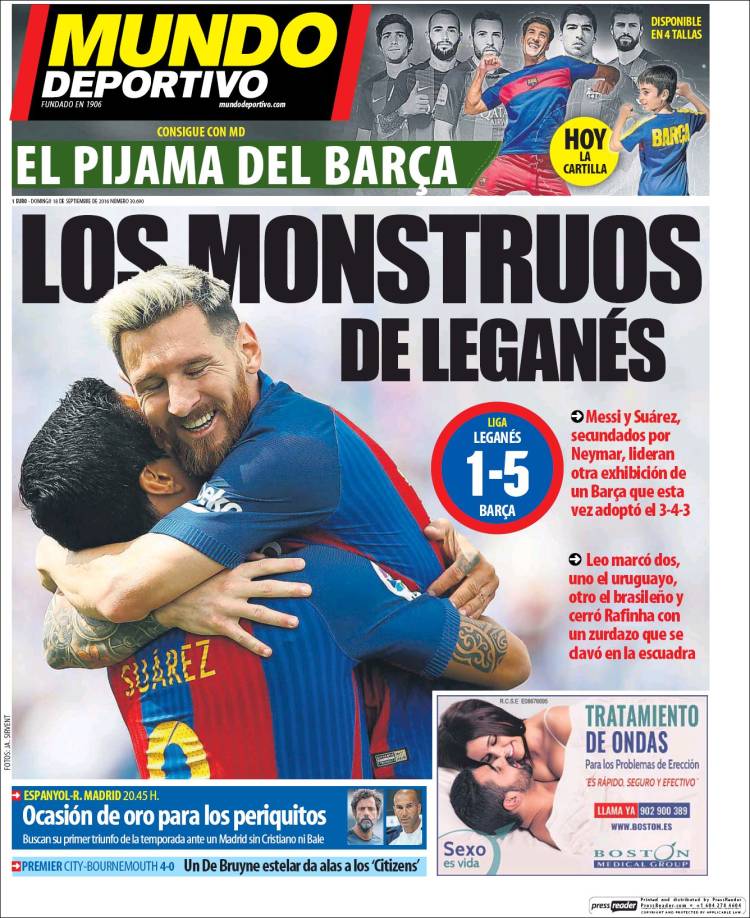 Messi and Suarez, seconded by Neymar, lead another exhibition from Barca, who adopted a 3-4-3

Leo scored two, one for Uruguayan, another for the Brazilian and Rafinha rounded things off with a left-footer that flew into the top corner

De Bruyne stars to give the Citizens wings